Ireland & the World: The difference a Biden Presidency could make – Declan Kearney 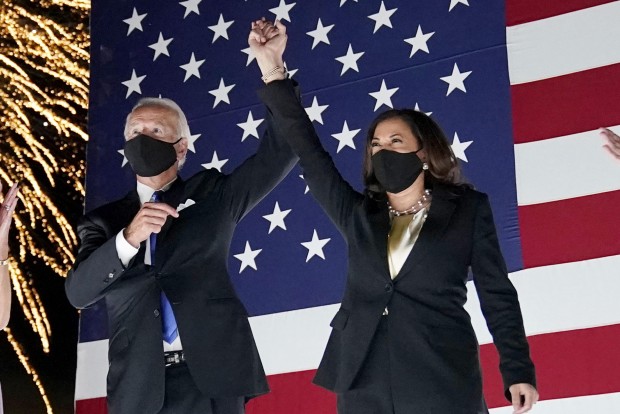 Few US Presidential elections have provoked so much popular interest in recent years as the contest between Joe Biden and Donald Trump.

Voter turnout was massive and unprecedented.

While it was closely fought and a tight race right up until the end, Joe Biden received the highest number of votes cast for any previous American President.

The spontaneous mass turnouts of ordinary citizens once the declaration was made in Washington DC, New York, Philadelphia and other places, speak for themselves.

Although there were no overwhelming ‘Blue’ or ‘Red’ waves, this election mobilised the Democratic support base, perhaps in no way like ever before.

Last Friday night I listened to young American relatives discuss the latest twists and turns of the race and was struck by their repeated use of the word ‘we’ and ‘us’ when describing the Biden/Harris campaign.

They felt they had a real stake in this election: A role in ending something negative and helping to start something positive and new. 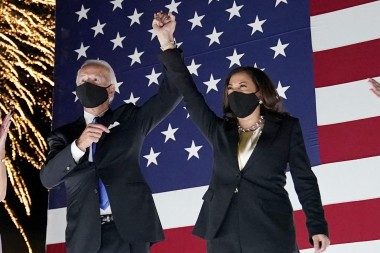 Make no mistake, Joe Biden and Kamala Harris struck a chord with a great mass of American society, which had become deeply alienated and disenchanted with the direction of the United States (US) in the last four years.

How could it be otherwise? The bombastic rhetoric, lack of vision, and incoherent public policy has been deeply polarising.

The experience of Covid-19 has been catastrophic, and the federal handling of the pandemic a calamity.

Joe Biden’s ticket brought a message of hope into this Presidential election campaign; promoting the aspiration of a diverse, inclusive America; and which offered a new direction, domestically and abroad.

An important mandate has been well won for a more tolerant, inclusive, and caring USA. That is to be welcomed.

Hopefully now politics will stabilise and the approach to public policy, particularly with respect to Covid-19, and public health generally, as well as health insurance, will be put onto a new constructive footing: Whilst at the same time ensuring Black Lives Matter, and equal opportunities and support are extended to all Americans.

The USA is probably the most significant geopolitical influence on the world stage.

In the past, that has been used to both good and bad effect.

In foreign policy terms, progressive roles that the US played as an advocate for multi-lateralism, global peace and diplomacy, in supporting action on climate change, and addressing international humanitarian and justice issues, were also abandoned. 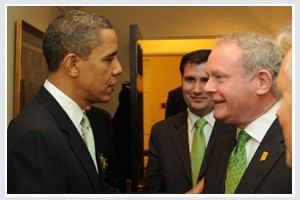 The international community will now look towards the new Biden administration to act positively and collaboratively on critical global issues.

There will be much hope that the new President will bring the USA back to the Paris Climate Change Accords, and the US/Iran Nuclear Agreement.

It is very important, in the context of the ongoing global health pandemic, that America reengages with the World Health Organisation, and restores its commitment to other multi-lateral institutions.

Joe Biden is a former chair of the US Foreign Relations Committee, so he knows about, and understands these principles.

For the last 18 months, a Biden team of some 2,000 personnel have been working on a new foreign policy prospectus for this new presidential term.

In the modern era divergent global interests and priorities need to realign on the basis of peaceful and respectful coexistence.

Shaping this new paradigm should now become a focus for the US.

There is a need for a new approach to be taken by American foreign policy towards Palestine. 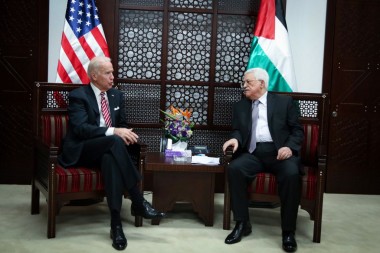 Formal recommitment to the ‘Two State Solution’, on the basis of the 1967 borders; acting in support of Palestinian national and human rights; and, intervening to end the siege of Gaza, would represent a very significant regional diplomatic initiative within the Middle East.

In a positive interview with the Arab American News several days ago, Kamala Harris was reported as saying:

“We are committed to a two-state solution, and we will oppose any unilateral steps that undermine that goal. We will also oppose annexation and settlement expansion.”

She also pledged a new Administration: “Will take immediate steps to restore economic and humanitarian assistance to the Palestinian people, address the ongoing humanitarian crisis in Gaza, reopen the US consulate in East Jerusalem, and work to open the PLO mission in Washington.”

Such steps would represent an important entrenchment of US commitment to international law and United Nations (UN) resolutions.

American global reputation would be further restored by taking moves to reinstate the policy introduced by Barack Obama in 2014 to normalise US/Cuban relations. 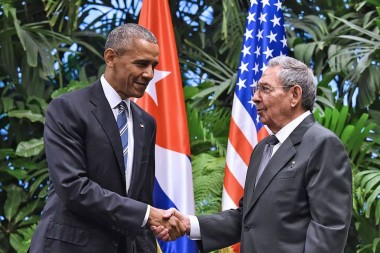 At the time President Obama said of this ground-breaking initiative, supported by a key foreign policy advisor, Ben Rhodes, and Secretary of State, John Kerry, that:

“Neither the American or Cuban people are well served by a rigid policy that is rooted in events that took place before most of us were born.”

“Change is hard - in our lives and in the lives of nations. And change is even harder when we carry the weight of history on our shoulders. But today we are making these changes because it is the right thing to do. Today, America chose to cut loose the shackles of the past so as to reach for a better future - for the Cuban people, for the American people, for an entire hemisphere, and for the world.”

The decision taken by Obama’s administration was correct, and carefully developed over time with noteworthy diplomatic support from Pope Francis, and the Vatican.

It was an act of diplomatic vandalism that the new US/Cuban relationship was arbitrarily overturned, with no other outcome than to fuel political tensions in Latin America.

Biden and Harris have an opportunity to provide new foreign policy leadership towards Latin and South America, and the Caribbean.

The continued outworking of the Monroe Doctrine and Helms/Burton Act continue to cast a long, destabilising shadow over US relations with the Americas.

Hopefully Obama’s previous approach on Cuba will provide a reference point to guide future US policy towards all of Latin and South America, and the Caribbean.

It’s time for a new doctrine of positive, cooperative diplomatic relations in the region, which replaces the weight of history with new hope and aspiration.

One of the most significant and enduring results of US foreign policy in the last three decades has been America’s contribution to the Irish peace process.

Our peace process stands out as the most successful transition away from political conflict to peaceful, democratic politics in the northern hemisphere.

Today the US remains a key stakeholder in the peace settlement and political architecture enshrined in the Good Friday Agreement (GFA).

American administrations since then have recognised the importance of not taking our peace and political process for granted, unlike others.

The welcome statements by Congressmen Richie Neal and Brendan Boyle, and Speaker Nancy Pelosi which cautioned against damage for the GFA arising from Britain’s reckless departure from the European Union (EU), and then reinforced by President elect Biden himself, are reassuring.

Our peace process has benefited greatly from the support of many other longstanding friends of Ireland on Capitol Hill, including retiring Congressman Elliot Engel. 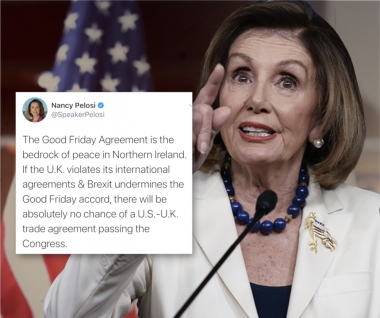 Whatever the outcome of Britain’s future relations negotiation with the EU; there remains a critical role for the US administration in Ireland.

Ten years of continuous and negative mismanagement, by successive British Tory governments, alongside their failure to implement the Good Friday and subsequent agreements, have caused huge instability and uncertainty, not least because of Brexit.

It is essential that the Irish peace process and resilience of the island economy continues to benefit from the good will and support of this new Presidency.

A widespread debate on Irish unity has commenced.

Constitutional change is in the air.

Change in relations between Ireland and Britain is now inevitable.

International mentors and expertise should be central to the next phase of Ireland’s democratic transformation, towards a new, agreed Ireland. 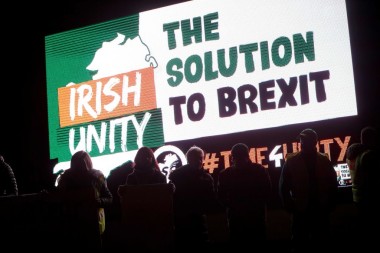 Regrettably the last four years have been a negative chapter in our geo-politics.

There is a need for a reset and to realign global relations based upon genuine and progressive multi-lateralism.

As citizens of our global village we will not, and do not even need to, agree on every issue or policy.

But there is an imperative to renew our collective commitment to the absolute centrality of peaceful co-existence.

Full democratic engagement with, and respect for multi-lateral institutions, such as the UN, will be key to achieving that objective.

The USA has a leadership role in helping to reassert the primacy of multi-lateralism and adherence to international law, and human and democratic rights.

President Biden’s administration will do us all a great service by embracing these challenges and giving leadership on making our shared world a more peaceful, sustainable and equal place for all its citizens.