British government has acted in bad faith on legacy - Kelly 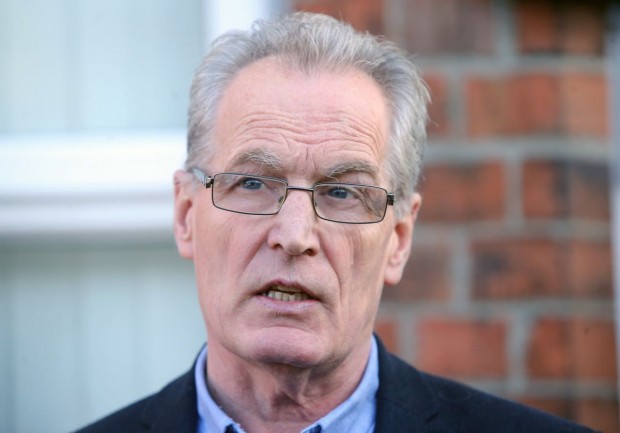 "This Westminster scheme is clearly not the type of needs based and inclusive scheme that Sinn Féin sought. Sinn Féin has always supported a scheme, which met the needs of all victims of the conflict and which excluded none"

The Victims Payment scheme ruled on in the High Courts was legislated for by the British government at Westminster.

It was not an Executive scheme.

It was conceived and legislated for at Westminster and has the NIO’s fingerprints all over it.

It reflects the British government’s policy and only its narrative of the conflict and was designed without input or consultation from the Executive ministers or the Assembly parties.

This Westminster law will support those who the British government deem deserving and exclude those they deem undeserving, irrespective of their needs and the scale of their harm or injury.

It was designed by intent to be exclusionary, discriminatory and divisive as it deliberately fails to acknowledge the real physical and psychological needs of those injured and harmed by the British state.

It is about creating a hierarchy of victims and giving legal protection to British armed forces who killed or injured or tortured Irish citizens during the conflict.

It is concerning that those injured in the south, in the Dublin Monaghan bombings for example, will be excluded from the scheme.

And it simply beggars belief that this scheme will exclude parents and immediate family members from a victim's pension on the basis that they were not at the scene of their loved one's death.

Since January when this unjust law passed through Westminster the British government has failed to meaningfully engage on this issue despite repeated efforts by the Sinn Féin leadership.

The British government is breaking its own New Decade New Approach commitments to implement the Stormont House Agreement, which it has delayed again and again for six years now, denying the truth and maximum disclosure promised to victims of the conflict.

Yet even as it tore up previous agreements the British government failed to provide the required funding and 30-year financial certainty for those who have not been excluded from their unjust  scheme.

This Westminster scheme is clearly not the type of needs based and inclusive scheme that Sinn Féin sought.

Sinn Féin has always supported a scheme, which met the needs of all victims of the conflict and which excluded none.

This British law has moved far away from this premise, in the process binning legacy agreements it made with the Irish government and the political parties in the north.

Sinn Féin acknowledges this has been a difficult time for many victims, many of whom have campaigned for a payment and who just want to see the payment made; a payment that will recognise the harm and injury they suffered.

Equally we must also acknowledge that this has been a difficult time for many victims seriously injured and harmed by the British state, whether on the streets, in prisons or interrogation centres, who were deliberately excluded from this scheme.

This issue of the victims’ pension has been used by Boris Johnson and the British Cabinet, as part of a legacy power play.

They made a political calculation when the power-sharing institutions were suspended to develop legislation with the intent of excluding those harmed and injured by the British state.

The bad faith and the about turn in respect of their obligations to establish the Stormont House Agreement legacy mechanisms is now a matter of significant and growing concern.

Frankly, it is not an acceptable situation where the British government can deviate from the legal definition of a victim and set the exclusionary eligibility criteria for a Victims Payment Scheme, particularly when so many of those who will excluded were injured or harmed by their forces.

The British government’s selective approach to the victims issue simply mirrors their arrogance and bad faith to legacy matters generally.

Sinn Féin is now calling for the convening of an Irish and British government summit to progress all outstanding legacy matters and to establish a time frame to establish the Stormont House Agreement legacy mechanisms.

Sinn Féin remains committed to delivering a scheme based on equality and open to everyone seriously injured during the conflict and we will continue to campaign and work for all victims and for justice for the relatives of those excluded from this discriminatory British scheme.