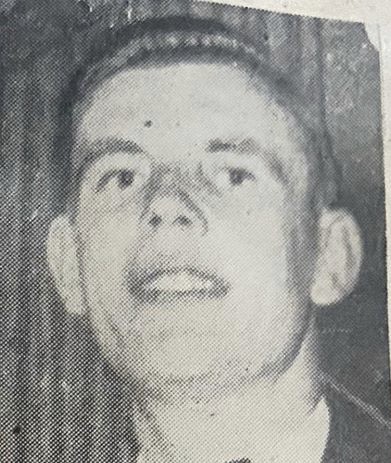 "He challenged this disenfranchisement of the people and continued to fight injustice for the rest of his life." - Michelle O'Neill

Tom Mitchell made history in May 1955 when he was elected as the MP for Mid Ulster, becoming the first Sinn Féin MP to be elected in the north since 1918.

At the time of his election he was a political prisoner having been arrested and imprisoned following a raid on a British army barracks in Omagh in 1954.

When the 1955 Westminster election was called he was selected as a Sinn Féin candidate for the Mid Ulster constituency and defeated unionist candidate, Charles Beattie, by 260 votes to win the seat.

The May 1955 election was the first time Sinn Féin candidates stood in each constituency in Ireland since 1921 with the party winning two seats in the north when Philip Clarke, also an IRA prisoner, was elected in Fermanagh South Tyrone.

A month after the election, the British government overturned the election of both Tom Mitchell and Philip Clarke as they were political prisoners and declared a by-election.

Tom Mitchell stood in the by-election and won again with an increased majority but again his election was declared void and the seat was awarded to his unionist opponent.

Following his release he continued to fight against injustice and stood as an independent republican in 1959, 1964 and 1968.

He also participated in the Civil Rights campaign and took part in the first civil rights march from Coalisland to Dungannon.

Following his passing, the tributes to Tom Mitchell were led by Sinn Féin Leas Uachtarán Michelle O'Neill, who expressed her condolences to his family.

"I was saddened to hear of the death of veteran republican Tom Mitchell," she said.

"Tom was elected as a Sinn Féin MP for Mid Ulster while a political prisoner in May 1955, making history as the first Sinn Féin MP elected in the north since 1918.

"The British government tried to strip him and the republican voters of Mid Ulster of his seat and forced a by-election, which he also won with an increased majority.

"He challenged this disenfranchisement of the people and continued to fight injustice for the rest of his life," Michelle O'Neill said.

“The people of Mid Ulster have a long and proud republican history and Tom Mitchell stood with them again with myself and others in the civil rights campaign.

“He lived in Dublin but continued to have many friends in Mid Ulster who will sadly miss him," he said.