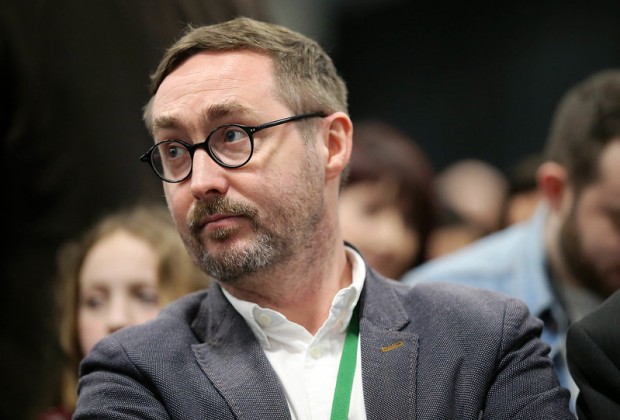 "Election 2020 was above all else a housing election. It looks like that mandate for change is being sacrificed on the altar of political expediency, with the big losers being those in need of social and affordable housing. But then what would you expect from a Government led by Micheal Martin and Leo Varadkar."- Eoin Ó Broin TD

Can the putative Fianna Fáil, Fine Gael, Green Party coalition finally tackle the housing crisis? Not on the basis of the draft programme for government published this week.

The housing section of the programme, titled Housing for All, runs to six pages and contains 76 commitments.

Taken together they constitute a reheating of the outgoing Governments housing plan, Rebuilding Ireland, along with some vague and contradictory promises, few of which are new.

The document claims to ‘put affordability at the heart of the housing system’. Yet remarkably the section on affordable home ownership contains no targets, no definitions and no plan.

This is all the more remarkable given that the outgoing Fine Gael government have been working on a new affordable housing scheme for the last four years. Fianna Fáil’s manifesto pledge of 50,000 affordable homes over five years has also vanished.

Absent too is Micheal Martin’s election promise to raise the Part V requirement for private developers to sell part of their schemes to Councils for social and affordable use. The much leaked increase to 20% has been replaced by a vaguer pledge to ‘explore expanding Part V’.

The remainder of the section on affordable ownership is a restatement of what Eoghan Murphy has been saying since 2018, which was itself a repetition of the unfulfilled promises of his predecessors.

As expected the Land Development Agency is given an elevated status in the programme. While some of the language speaks to widespread concerns with the super quangos initial design, it is so contradictory and confusing that it smacks of a fudge. Unable to resolve the disagreements in negotiations it appears that this battle has been deferred to the drafting of the required legislation.

The section on social housing is also deeply disappointing. The promised 50,000 social houses over five years had already been committed to in the National Development Plan.

The Fine Gael manifesto commitment of 60,000 social homes is gone. Instead there are some minor reforms on the delivery side along with the long promised review of the tenant purchase scheme and a social housing passport allowing applicants to move from one local authority to another.

With no increase in social housing above existing targets and the numbers of households joining Council waiting lists outstripping the delivery of real social housing by a factor of two to one, it is hard to see how the incoming Government will tackle the homeless crisis.

Director of Advocacy for Focus Ireland, Mike Allen, welcomed the programmes statement that ‘homelessness is a major priority for the Government’ but lamented that ‘regrettably there are no targets.’

Rising rents, insecurity of tenure and semi-professional landlords leaving the private rental market were all big issues during the election. Yet the draft programmes section on renters is particularly weak.

The long promised roll out of affordable cost rental accommodation, first announced in 2014, is repeated, but again with no targets or detail.

The document pledges to ‘examine the creation’ of a deposit protection scheme despite legislation for such a scheme having passed under the last Fine Gael-Labour government but never enacted.

There is a promise to ‘improve the security of tenure for tenants’ but this is widely believed to mean the removal of section 34 (b) of the Residential Tenancies Act which while welcome does not actually give tenants real long term security.

There is widespread concern of a mounting Covid19 rent arrears debt burden among groups including Threshold, MABS and the Residential Tenancies Board. But all the draft programme promises is ‘to examine measures that may be needed to support tenants’ and ‘extend the moratorium on termination of tenancies, in line with public health advice’ rather than as long as is needed to protect renters.

The inclusion of some commitments to address the issue of Celtic Tiger latent defects is welcome, and testament to the campaigning of the Construction Defects Alliance and the Apartment Owners Network. But again these are couched in the language of ‘examine’ and ‘assist’ with delivery not guaranteed.

Apartment owners will be rightly disappointed however at the weak promise to ‘conduct a review of existing management company legislation’ which all believe is not fit for purpose.

The longest section of Housing for All deals with planning. The controversial ‘reform’ of the judicial review process remains on the table. This will alarm Environmental Non Governmental Organisations and residents groups though will be welcomed by big developers.

The latter wont be pleased with the commitment to let the Strategic Housing Development process expire in 2021 but this was well flagged by Eoghan Murphy, particularly given the large volume of SHD permissions that have not yet commenced.

There is also a commitment to establish a Commission on Housing, but with little detail as to its function or terms of reference.

One of the big worries for housing campaigners is the proposed referendum on ‘housing’. Contrary to last weekends newspaper leaks, the referendum would not seek to enshrine the ‘right to housing’ in the Constitution. The more ambiguous language in the draft programme can not be an accident.

As always the housing needs of Travellers, people with disabilities and other marginalised groups barely get a meaningful mention.

Election 2020 was above all else a housing election. The 33rd Dáil was given a mandate to break with the failed policy consensus of the past and put in place a new vision and plan to fix our broken housing system.

It looks like that mandate is being sacrificed on the altar of political expediency, with the big losers being those in need of social and affordable housing. But then what would you expect from a Government led by Micheal Martin and Leo Varadkar.

Eoin Ó Broin TD is Sinn Féin’s spokesperson on housing and author of HOME: why public housing is the answer (Merrion Press 2019)