Connection, disconnection and the legacy of conflict 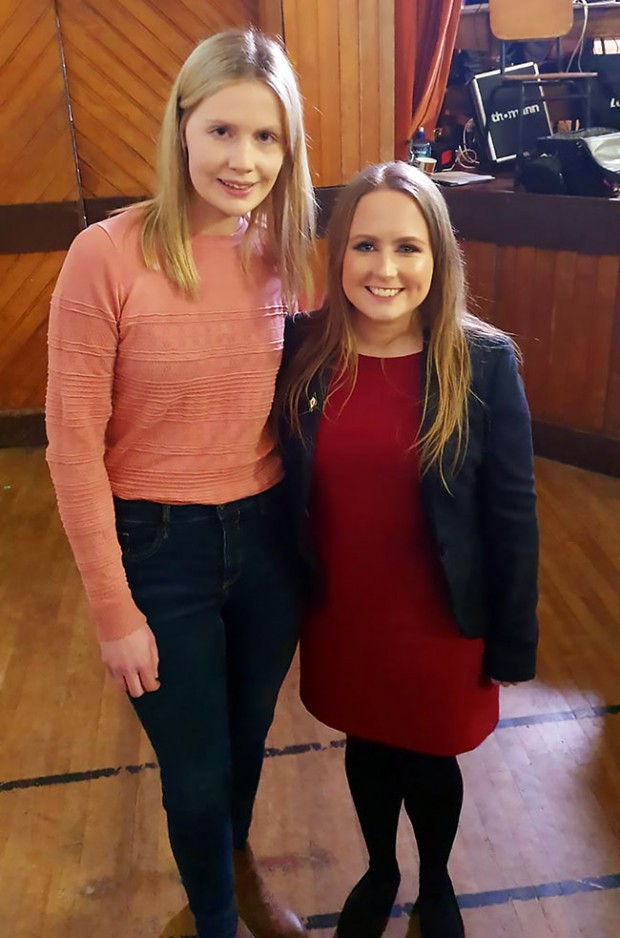 The importance of collective memory in understanding who we are as Irish people was demonstrated clearly in the uproar that followed the Fine Gael Government’s proposed RIC commemoration. The RIC and Black and Tans are remembered as a ruthless force, tasked with the violent undoing of movements toward democratic self-determination and independence. In seeking to accomplish this task they left numerous atrocities and collective traumas in their wake.

The stories of these traumas have been handed down from the generation who experienced first-hand the brutality of the wars that birthed the Free State. Now, for the first time since 1918, Sinn Féin holds the majority of the popular vote across the island of Ireland.

The exceedingly hostile response by the Irish media to this election victory has been unsurprising. It is not without precedent. Many will remember the censorship of Sinn Féin on the national airwaves under the infamous Section 31, which lasted until 1994. The singular threat posed by the party to the vested economic interests served by sections of the media also sets it up for special treatment.

The upsurge in media coverage has seemed to result in greater collective scrutiny of the party and historical links to the Irish Republican Army by Irish people south of the border. As a Tyrone man and a Republican living in the South with plans to marry a Dublin woman, the disconnect between the Northern and Southern experiences of the recent phase of conflict in Ireland has been brought into sharp focus by this election.

I increasingly find myself having conversations with friends and family whose principal understanding of the conflict has centred on the virtually isolated role of the IRA with an occasional perfunctory reference to the British Army. While likely a reflection of a simplistic media narrative that served to insulate people from the violence in the North, these conversations do uncover limitations in perspective.

The context in which the IRA restructured in the late 1960s following the Border Campaign was one of great hardship, systematic discrimination, and violence wrought upon the Catholic population by a structurally sectarian Orange State.

The British Army, purportedly sent to Ireland to protect Catholic areas from violent pogroms by the police and Loyalists, was initially welcomed as a force for protection, but betrayed this by launching its first attacks against Catholic areas. 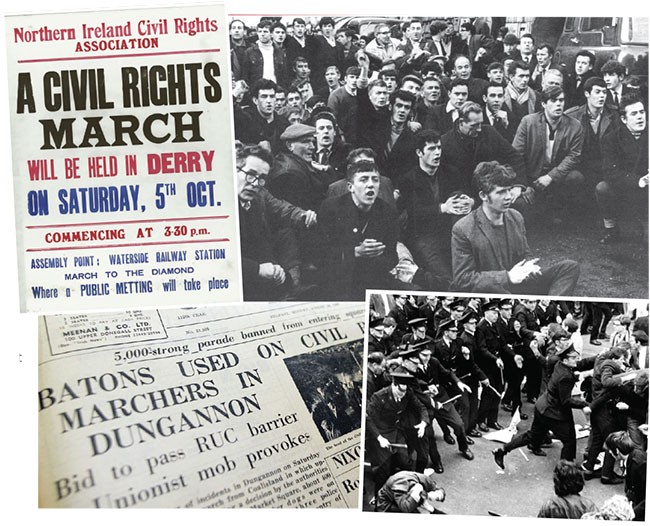 The peaceful Civil Rights movement primarily seeking votes for Catholics was beaten off the streets by the RUC, successors of the RIC. Internment, i.e. imprisonment without trial, saw nearly 2,000 people put behind bars. Fourteen innocent protesters in Derry were murdered by the Parachute Regiment on Bloody Sunday.

The men and women who chose to resist the inherent violence of the State did so by joining the IRA, for which they received the popular support of many trying to make a life within embattled communities like my hometown of Coalisland.

No matter where you go in my town, you will always meet people who have lost someone to the conflict. Indeed, members of my own family were murdered in their home by Loyalists on the pay of British Intelligence, using weapons provided to them by the British Army.

When Mairéad Farrell was elected as a Sinn Féin TD in Galway West, the Tricolour that draped her aunt and namesake’s coffin following her assassination at the hands of the SAS in Gibraltar was held as a backdrop at the count centre. 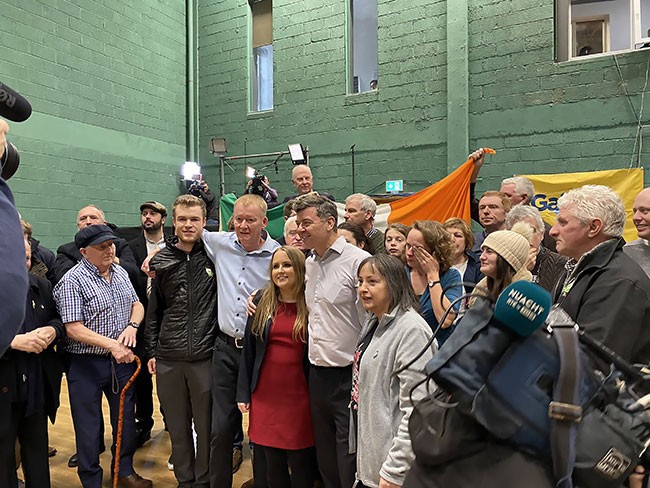 • Celebrations for Mairéad Farrell the new Sinn Féin TD in Galway West, (below) the same Tricolour drapes the coffin of her aunt and namesake leaving the family home in West Belfast 16th March 1988. Mairéad was assassinated by the SAS in Gibraltar 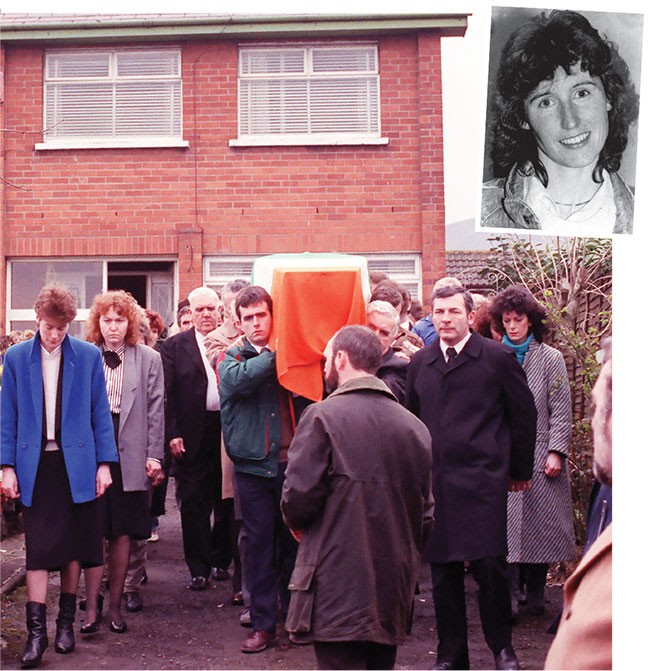 Republicans are not ashamed of the IRA. This will never change. However, that does not mean that we fail to reflect and to deeply regret IRA actions that resulted in the loss of innocent lives. The same Martin McGuinness who fought the British Army on the streets of Derry brought my community from a war they never asked for, to peace.

The conflict in the North was complex and people on all sides still live with unprocessed trauma. The media narrative in the South will never meaningfully reflect that, but as a people, we have a duty to listen to one another, remember together, and to move forward in building a lasting peace on this island.