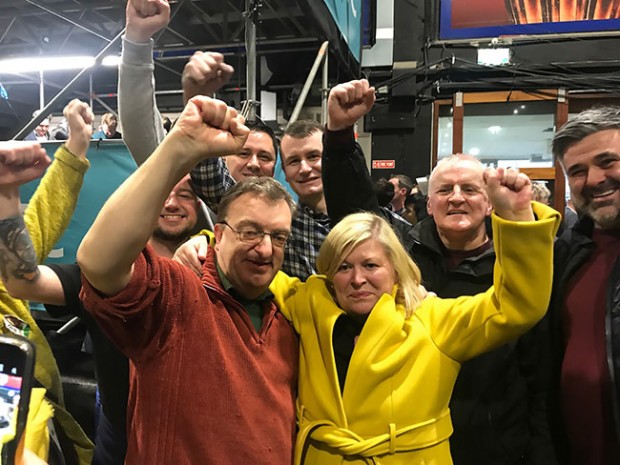 In the RDS on the morning of one of the most phenomenal counts in Irish electoral history I was asked to go on an RTÉ Radio panel with former Justice Minister Michael McDowell. Chatty and jocular before we went live, Michael went into attack mode as soon as the red light went on. Sinn Féin could not be trusted, they are not a normal democratic party, they are run by shadowy figures from… Andersonstown!

With a straight face, reddening as he got into his stride, the former leader of the long defunct Progressive Democrats party, located the shadowy figures not just in Belfast but in one suburb of our second city. I had to laugh and pointed out that I am one of the shadowy figures, elected to the Sinn Féin Ard Chomhairle to represent fellow Councillors across the country.

Poor Michael had yet to grasp, as the rest of the political and media establishment had also yet to grasp, the enormity of what was taking place before their eyes as the votes were counted. They could only revert to their hackneyed old agenda as they sought comfort in the type of Sinn Féin bashing that the voters had just rejected so overwhelmingly.

In 2016, I was Denise’s running mate but we were far from winning enough votes to elect two TDs. And in the local elections of May 2019 we lost three of our five councillors in the constituency and so did not risk running a second Dáil candidate for the 2020 General Election.

What had changed between May 2019 and February 2020? Students of politics will ponder over that question for many a year to come. Of course Council and EU elections are very different from Dáil elections. For one thing, the Council elections were almost invisible in the mainstream media. Voter lack of awareness of and apathy about those elections was widespread. The Sinn Féin message did not resonate with voters, turnout was low and we suffered losses. But we dusted ourselves off and faced the road again. 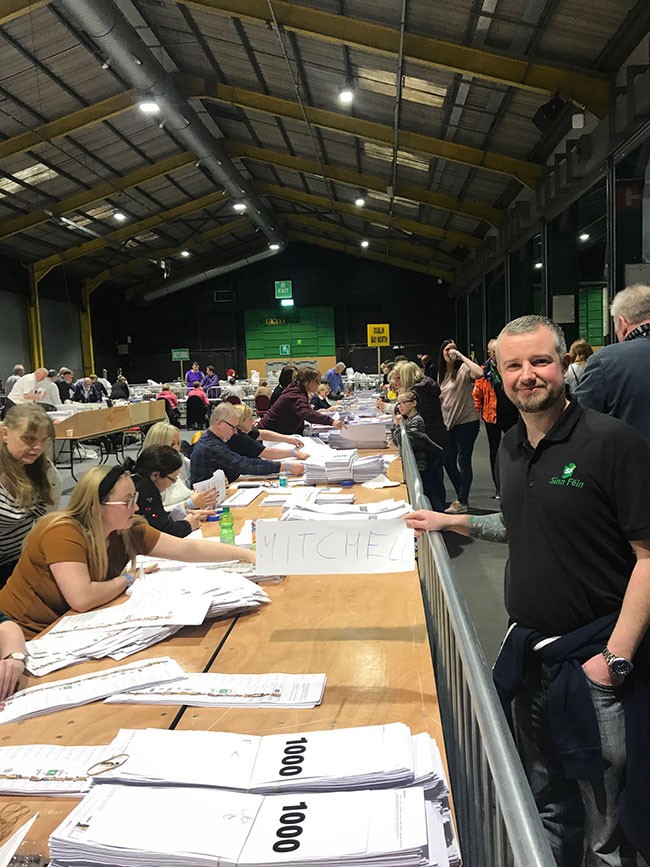 I was among a group who carried out a consultation within Sinn Féin and complied a report on the elections. The report was finalised by myself and Claire Kerrane and as we signed off on it one day last summer in Leinster House, we never dreamed that about six months later Claire would be the new Sinn Féin TD for Roscommon-Galway.

That report and much other work carried out by the party last year concluded that the core message of Sinn Féin was sound but that it had not been communicated plainly and clearly and concisely enough to the people. Our Dáil and Seanad spokespeople and our publicity workers took that ball and ran with it. The consistent message that Sinn Féin is the force for change against the political establishment and twin Government of Fianna Fáil/Fine Gael was delivered loud and clear.

When the General Election was called and we went out on the canvass in Dublin Bay North it was clear that something had changed. The response was more positive than any of us could remember in any previous election. Many of those telling us they were going to vote Sinn Féin were telling us with gusto – they couldn’t wait to vote. Never before did we meet so many people assuring us they were going to vote Sinn Féin for the first time. Areas of the constituency that had previously been lukewarm were now very positive.

Our candidate Denise Mitchell, our election directorate and party workers and supporters rose to the challenge and the opportunity. A huge amount of ground was covered in a short space of time. We felt that the harvest would be great and we were determined to gather it in. As the campaign went on the positivity towards Sinn Féin increased. In our constituency our support was built high on the solid foundations laid over many years by our activists, foremost among them one of the longest serving Councillors in the country, Larry O’Toole, a candidate since 1991 and a member of Dublin City Council since 1999.

On polling day over 21,000 voters entrusted us with their first preferences, with their mandate for government and with their hopes for change. That is a humbling endorsement and a big responsibility. In Dublin Bay North and across the 26 Counties we finally broke the stranglehold of the two-party system. Others attempted to do it in the past and fell far short – Clann na Poblachta, Labour, even Michael McDowell’s Progressive Democrats. This time it is entirely different in scale, in politics and in commitment.

The day after the count I met a mother and daughter who congratulated me.

Her daughter added: “We need to see big changes”, and that is our job now.