A government working in everyone’s interests 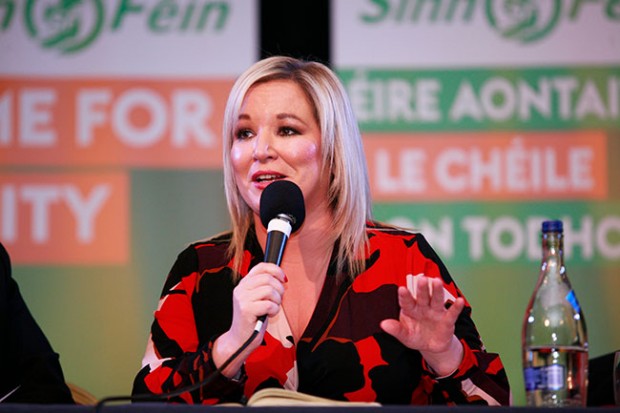 Sinn Féin government ministers have now been in place since January 2020 when the Northern Executive and power sharing institutions were re-established.

Ahead of getting the Executive up and running, Sinn Féin was in negotiations with the British and Irish governments, as well as the other political parties, to deliver a sustainable government, working in the interests of everyone.

We made it clear there would be no return to the status quo and while we wanted to see the Executive in place, it had to be credible and based on the principles of rights and equality.

There is no contradiction in declaring and delivering on our firm commitment to power sharing with unionism in the Stormont Assembly while also initiating a mature and inclusive debate about new political arrangements which examines Ireland’s future beyond Brexit.

Similarly, a functioning Assembly, delivering for everyone, is the most effective bulwark against Tory austerity. 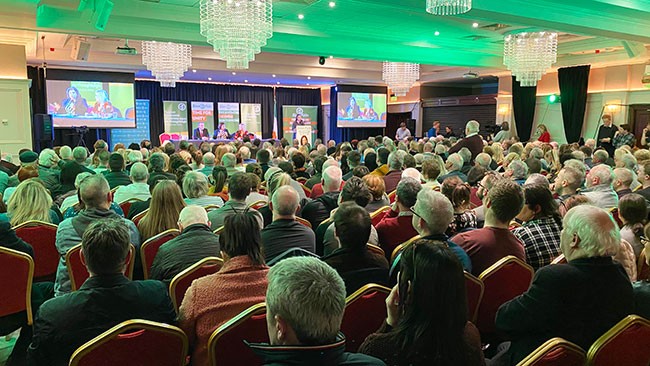 Sinn Féin Communities Minister Deirdre Hargey has very effectively demonstrated this. In one of her first acts as an Executive minster she binned the bedroom tax.

She also moved to extend the unique package of welfare protections previously secured by Sinn Féin beyond the March 2020 deadline to ensure those most in need continue to be protected from the worst excesses of unfair Tory cuts and policies.

The Executive also moved quickly to raise pay for the North’s health workers and improve safe staffing in the sector.

A genuine power sharing Executive also protects the rights of everyone and that is why we fought to secure an Irish Language Act. The inclusion of the legislation to protect the rights of Irish speakers in the ‘New Decade, New Approach’ document, published by the British and Irish governments, was historic and marked a first for the north.

Of course, huge challenges remain in the North, particularly in relation to tackling inequality and delivering the type of public services people deserve in the face of Tory budget cuts.

Since coming into post as Finance Minister, Conor Murphy has fought for the resources to allocate to all government departments in the North.

He has met with British government Treasury ministers and challenged them to live up to commitments made in the ‘New Decade, New Approach’ document, including their financial commitments. 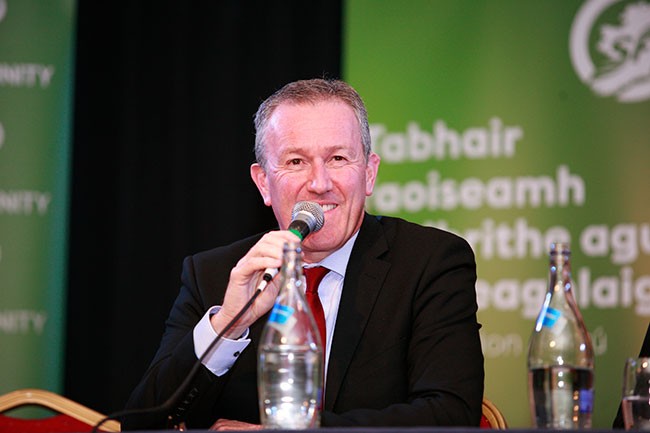 Conor Murphy has also met with the finance ministers of Scotland and Wales to coordinate an approach on how to deal with the British government’s upcoming budget.

Challenges also remain over the British government’s continued failures to deal with the legacy of the conflict. In the ‘New Decade, New Approach’ document, the British government committed to bringing forward proposals for legislation on legacy issues but, to date, these have not been forthcoming.

This is the latest in a litany of occasions where the British government have reneged on and resiled from agreements entered into. We will continue to challenge them on their commitments to make sure they live up to their responsibilities.

The Executive also has a role to play in protecting the interests of the people of the North and the all-Ireland economy from the onset of Brexit. As the Brexit negotiations enter the second phase on the future relationship between Britain and the EU post Brexit, it is important that the protections contained in the Irish Protocol of the Withdrawal Agreement are maintained and implemented.

All-Ireland co-operation is also a key aspect of the work of the Executive and while the first meeting of the North/South Ministerial Council has not yet taken place because of the historic election in the 26 Counties, cooperation has been continuing, particularly in relation to dealing with the Coronavirus outbreak. As Joint Head of Government, I held a meeting alongside Arlene Foster, Health Minister Robin Swann and the caretaker Taoiseach and Tánaiste.

As the Executive continues to bed in, Sinn Féin in government will work with others to ensure we keep delivering for everyone.