Voices: Will the Land Development Agency become another NAMA? 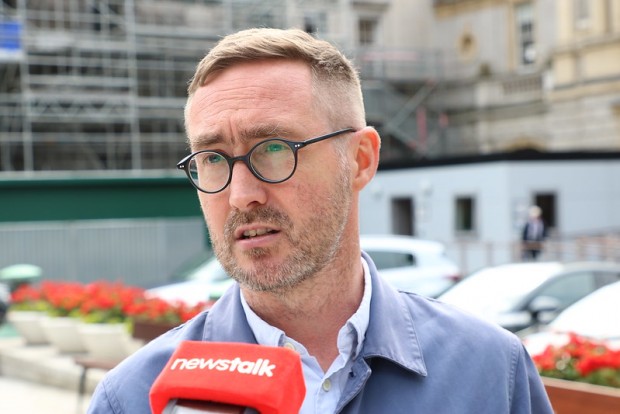 "General election 2020 was, above all else, a housing election. Widespread anger at the failure of Fine Gael and Fianna Fáil to provide social and affordable housing was the primary reason for both parties poor performance at the polls.

On the basis of the growing number of off the record briefings to journalists, Fianna Fáil and Fine Gael seem keen to put the Land Development Agency (LDA) at the heart of the Grand Coalition’s response to the housing crisis.

But what is the LDA? When was it set up, why and what is it likely to do if Leo Varadkar and Mícheál Martin get their way?

The origins of this unusual state agency are to be found in the National Planning Framework (NPF) published in February 2018.

The civil servants driving the NPF were clearly frustrated with the failure of successive governments to property manage the public land bank. Too much land was being used for the wrong purpose or left lying idle. The impacts were many, including urban dereliction and missed opportunities to provide much needed housing.

Buried in the 182 page NPF document was a commitment to create a National Development and Regeneration Agency. Its focus was to ensure the best use of public lands, including working with others such as Local Authorities, to drive the renewal of strategic areas.

The idea was both bold and simple. It was to be a powerful state agency, with significant legal powers and finance, tasked with pulling together the state’s land banks and ensuring they were being used for the right purpose.

Such agencies are commonplace in many European countries and play a significant role providing genuinely affordable homes for working people.

In September 2018, to great fanfare, Taoiseach Leo Varadkar, flanked by Ministers Donoghue and Murphy, launched the Land Development Agency (LDA). Clearly this was a big deal.

The hastily thrown together brochure, handed out to journalists on the day, described the LDA as a ‘New State agency to drive the availability of development land’. It would ‘open up appropriate State lands for development, especially housing.’ It would also be working with the public and private sector to ‘Initiate and drive strategic land assembly.’

Amidst the hype however, one single sentence in the 7 page brochure threatened to sour the party. Just 10% of the homes built on public land would be social while only a further 30% would be affordable.

In the midst of the greatest social and affordable housing crisis in modern times, Fine Gael were proposing to sell 60% of LDA homes at open market prices.

But before any land could be transferred, the LDA would have to be put on a legislative footing, having only been established on an interim basis.

The General Scheme of the LDA Bill was sent to the Oireachtas Housing Committee in July 2019. Given the significance of the legislation the Committee held five detailed scrutiny meetings, hearing from 14 different organisations and individuals including the Economic and Social Research Institute, the National Economic and Social Council, the Irish Council of Social Housing, representatives of industry including architects, engineers, chartered surveyors and builders as well as academics.

As the sessions unfolded the myriad problems with the legislation became apparent. The Bill proposed to establish the LDA as a Designated Activities Company, essentially a commercial operation owned by the Ministers for Finance and Housing.

This would allow the LDA to be classified as off the Government balance sheet. Its private borrowings would not add to the Governments debt and its spending would not be included in the Governments annual accounts. While an initial capitalisation of €1.25bn from the Strategic Investment Fund was promised, the overwhelming majority of the €45bn that would be required to deliver 150,000 homes over 20 years would be private finance.

However, placing the LDA off balance sheet would come at a price. The majority of the homes delivered would have to be sold at open market prices. Amazingly, the Bill didn’t even mention social or affordable housing, though the working assumption was it would deliver the 10/30/60 split promised at the launch. This would result in, on average, a paltry 750 social homes a year and a hardly ground breaking 2,250 ‘affordable’ homes annually. However, the financial model to be used in delivering these ‘affordable’ homes would price them way out of reach of most working people.

The LDA would not be subject to Freedom of Information requests or the Lobby Register for any of its commercial activities. The absence of transparency and accountability for what is a public agency worried many in the Committee.

Crucially the LDA would not get significant Compulsory Purchase Powers for fear of breaching EU State Aid rules. This would effectively put paid to any meaningful Active Land Management function within the agency, reducing it to a purely commercial residential developer.

The Bill was also completely silent on the issue of Climate Change, which given the scale of the carbon emissions involved in delivering 150,000 homes, was truly remarkable.

Housing Committee Members and many of those giving testimony at the hearings raised significant concerns. In turn the Committee forwarded a 55 page scrutiny report including 23 substantive proposed changes to the legislation to the Minister in December 2019.

Despite the lack of any formal legal basis the LDA has kept busy. It is working on 11 different sites across the State including locations in Dublin City and County, Kildare, Cork, Limerick and Galway. Up to 4,000 homes are potentially deliverable on 9 of these locations. Two larger sites with multiple state agency ownership are also being examined.

Its Dublin office in Tara Street is costing €288,000 annually excluding VAT. Limerick City Council provides an office free of charge to its sole employee based in that City, which is also home to the LDA chair and former Secretary General of the Department of Finance, John Moran.

To date the LDA has spent €1m on professional fees related to its on site work such as planning, design and project management costs. A further €500,000 has been spent on corporate fees such as communications and recruitment. Controversially it shares the same PR company, Gordon MRM, as one of its potential competitors, Glenveagh.

Only one site has progressed to planning, in Shanganagh , Dún Laoghaire. This mixed social, affordable rental and affordable purchase development of 597 homes has been in the pipeline since 2017. Indeed given that the Council could have progressed the development themselves, if funding had have been provided by the Department of Housing, the only impact of LDA involvement has been to delay it even further. The earliest that any homes will be available to rent or buy in Shanganagh will be 2022.

There is also concern among Councillors, expressed during a briefing in January of this year, that the LDA’s commercial financing model for the affordable homes will actually push the price out of reach of many working families.

Fianna Fáil housing spokesperson Darragh O’Brien was highly critical of the Governments proposals for the LDA during the Oireachtas Housing Committee hearings last year, describing the General Scheme as ‘a Del Boy Model’. However the prospect of a coalition deal with Fine Gael seems to have changed their tune somewhat.

The draft agreement between the two parties in April commits to ‘empower and fund the Land Development Agency to build homes on public and private land, to deliver new homes for affordable and private purchase, social housing and cost-rental accommodation.’

More troubling was a briefing given by a member of Fianna Fáil to Jennifer Bray of the Irish Times in March which suggested that Fianna Fáil wanted to give more executive powers to Council managers to weaken the ability of Councillors to delay or block land transfers to the LDA.

General election 2020 was, above all else, a housing election. Widespread anger at the failure of Fine Gael and Fianna Fáil to provide social and affordable housing was the primary reason for both parties poor performance at the polls. The LDA as outlined in the General Scheme of the Bill is the worst possible way of trying to fix our housing crisis. If it proceeds as planned it will be another NAMA, but with a larger budget, a longer timeframe, and much more damaging consequences for our housing system.

I have no doubt that both Fianna Fáil and Fine Gael would sign up to such a crazy proposition without even batting an eyelid. After all, they created the housing crisis through decades of incompetence and mismanagement.

The real question is whether The Green Party, with their manifesto commitment to public housing on public land, will sacrifice the hundreds of thousands of people who desperately need social and affordable homes, for a seat at the cabinet table and a few crumbs on climate change.