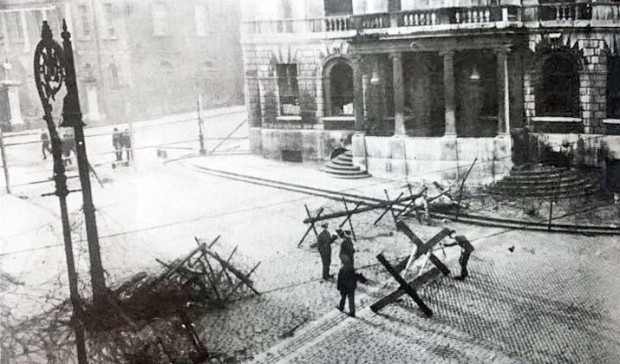 100 years ago on 3 May 1920 Dublin City Council officially acknowledged the authority of the First Dáil Éireann, the government of the Irish Republic, and repudiated the British regime in Dublin Castle. This followed the victory of Sinn Féin in the local elections of January 1920. The 3 May motion was passed by 38 to 5 and read:

"That this Council of the elected representatives of the City of Dublin hereby acknowledges the authority of Dáil Éireann as the duly elected Government of the Irish people, and undertakes to give effect to all decrees duly promulgated by the said Dáil Éireann in so far as same effect this Council. That copies of this resolution be transmitted to the Governments of Europe and to the President and Chairman of the Senate and the House of Representatives of the USA."

The Council severed links with the British Local Government Board and the crown regime based in Dublin Castle right beside City Hall. In retaliation, later in 1920, the British seized and occupied City Hall where in 1921 they held Courts Martial at which republicans were tried and sentenced to death.

In a piece of historic irony the May meeting of Dublin City Council, next Monday, is being held in Dublin Castle because of the Covid 19 restrictions!