Exiting the Covid-19 lock down: Economic interests must not take primacy over Public Health - Kearney 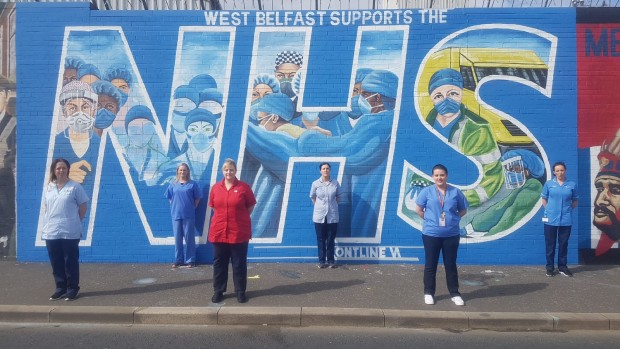 "Disturbingly the extension of lockdown in the short term masks an argument which is being encouraged by some right-wing elements in the British Cabinet, and also by some Unionists in the north of Ireland, that the lockdown measures should be relaxed, and that economic activity and productivity should be resumed. It is the typical capitalist reflex which puts the market economy first. Corporate greed over public welfare" Declan Kearney MLA

The ongoing human carnage and misery caused by Covid-19 was overshadowed last week by the wrongheaded decision of the US administration to withdraw funding from the World Health Organisation (WHO), whilst making unfounded allegations about its leadership and the best scientific and medical advice on how to combat the Coronavirus pandemic.

At the same time the US itself now has the highest number of global deaths and cases, recording 40,000 fatalities, and approximately 750,000 detections.

One writer in Britain’s Guardian newspaper said the situation in America was a ‘lethal fiasco’ as federal and state government publicly challenge each other over their powers and responsibilities; the appropriate public health strategies to adopt; and, on the lack of emergency medical supplies.

It is now clear that the US acted too slowly when the evidence was already emerging that a global pandemic existed. 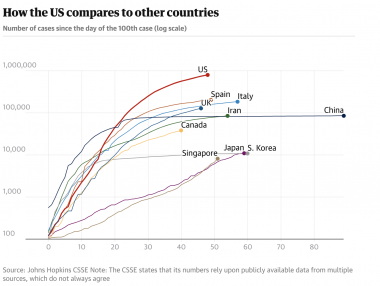 Government inaction and bad decision making in Britain are now having catastrophic consequences.

The British approach has proved to be a disaster.

Ten years of Tory austerity had already brought the health service in Britain and the North of Ireland, to a crisis cliff edge.

The health service did not have the beds or the equipment to deal with a crisis like this.

The system was hugely underfunded. 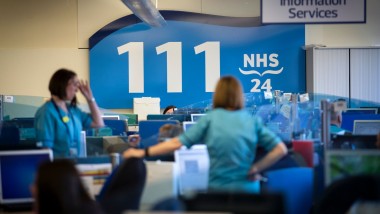 This British government's pandemic policy was based upon planning for a flu pandemic and developing ‘herd immunity’, rather than Covid-19!

Even more alarming, it has been revealed that as early as 24th January, a British government COBRA meeting received a report which confirmed the virulent, contagious nature of Covid-19, and advised on the urgent need to achieve a 60% cut in the community transmission rate.

This meant stopping contact between people. It meant the introduction of a lock down.

But that was an economically unthinkable scenario for the British government which on the same day had just signed the withdrawal agreement treaty from the European Union (EU).

A picture was already being painted.

From the very beginning both the US and British administrations failed to follow the international advice of the WHO.

It urged that community testing, contact tracing and isolation strategies should be implemented on a vast scale to hunt down where the virus was most contagious.

The WHO cautioned that you cannot fight a fire when blindfolded.

Yet only some countries, such as China, Germany, Singapore, Cuba, and South Korea, heeded that advice.

So the attempt to try and cause reputational damage to the WHO, is much more than just an impetuous outburst.

Even in the eye of the Coronavirus storm, some appear to be already shaping up for a later ‘blame game’.

Last week announcements were made that lock down restrictions would be extended in Ireland and Britain until after 5th May, when a further review would be conducted. 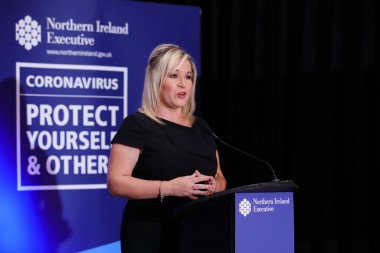 That news follows the extension of lockdown measures in other European countries, Eurasia, the Middle East, and Africa.

Those decisions are correct, even though they will cause more economic and social hardships, and psychological and emotional pressures for us all.

The anguish being caused for so many who have been unable to mourn and bury their loved ones with dignity, or to visit graves and places of worship for quiet moments of reflection, or to meet up with friends and family, is without precedent.

The effects of isolation and lock down measures cannot be underestimated.

So, conducting another review is also the correct position.

It creates the opportunity to reassess the threat posed by Covid-19 at that time; and then perhaps give some hope and reassurance that we may all eventually leave this tunnel, even in a phased way.

But in the meantime, strong, united leadership across society which asserts the primacy of public health over all other priorities and political agendas is required in the fightback against Covid-19.

Any change or relaxation in restrictions before it is safe to do so will send out mixed messages, and potentially result in complacency and lead to our guard being dropped.

The worst thing which could happen at this time is to create the false impression that we as a society in Ireland, north or south, have got to the other side.

Covid-19 has not been beaten.

Disturbingly the extension of lockdown in the short term masks an argument which is being encouraged by some right-wing elements in the British Cabinet, and also by some Unionists in the north of Ireland, that the lockdown measures should be relaxed, and that economic activity and productivity should be resumed.

It is the typical capitalist reflex which puts the market economy first.

The elevation of neo-liberal values and priorities above what’s actually needed at this time.

And it is precisely those contradictions which are now centre stage in the US. 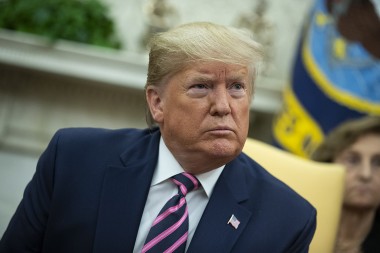 So at a time when in the region of 24% of all global deaths have occurred in America, the corporate, industrial and financial elites are trying to lift lockdowns across the US, and push for a return to the pre Covid-19 status quo.

Talk of getting back to normal is completely misplaced.

There will of course need to be preparations for economic reconstruction, but that must not take place separate to, or in isolation from a strategic debate about the future of public health.

Free market economic interests must not be allowed to take primacy over the health priorities and wellbeing of wider society.

This is one of the big ideological challenges which faces Irish society beyond Covid-19.

Irish republicans and other progressives need to shape discussions on how to democratise economic reconstruction, and to guarantee the future of public health on an egalitarian basis.

Protection of the environment and ecology must also be central to these discussions.

All of these issues will also be key priorities for the international, progressive left more generally.

For now, more investment is still required to try and get on top of the immediate Covid-19 emergency.

However, even greater investment will be required to put in place universalised community testing and contact tracing programmes, underpinned by enabling technologies.

But in order for us to contain the pandemic for the foreseeable future, manual testing will be necessary; something which can only be staffed by a large cohort of public health workers. 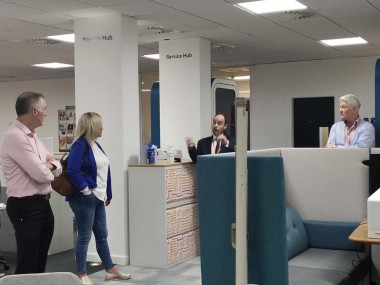 So in the north of Ireland this is an area of work where the available staff and expertise of our largest sporting organisations, and most experienced community-based health projects could and should be effectively mobilised.

In Wuhan, China, for example, there were 81 public health workers available for every 100,000 of the population.

Research by John Hopkins University in the US, has concluded that to bring a health crisis under control, where extreme transmission is occurring, a region would need 15-30 public health workers per 100,000 of the population.

In the immediate term we need to begin a detailed public health discussion on the use of masking; and the utility of temperature testing and swabbing checks in all public spaces, such as hospitals, care homes, community centres, shopping malls, airports, and ferry ports.

It is obvious that our model of public health will have to be completely overhauled, with a new emphasis on sustainable strategic investment, in all aspects of health and social care, staffing levels and training, equipment and resources. 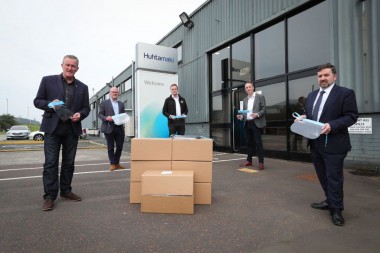 Covid-19 has moved us beyond the two-tier health and social care systems.

The big learning from our experience of the Coronavirus pandemic is that Irish society north and south, and indeed societies everywhere, should have access to universal, high quality, properly funded health care systems, which are free at the point of access.

Standards of care for all citizens must no longer be subordinate to the demands of free market interests.

The future of public health in Ireland depends on an all-island strategy, in the same way the fight back against Covid-19 demands a common north/south approach.

And, just as Brexit demonstrated that it is impossible to pull the north of Ireland out of the EU without causing massive, negative repercussions and disruption for the regional and all-island economies, the challenge of economic reconstruction north and South, beyond the pandemic, will require an all-Ireland road map to sustainable economic recovery.

The modern day contradictions of Ireland’s partition, prove the negative impact of this island’s division upon the wellbeing, prosperity, and progress of our citizens north and south.

Coronavirus has changed everything.

It will force us all to rethink about how public health and economics are managed, not just in Ireland, but across the globe.

It has made the world a much smaller place.

In recent months all of us have been sharply reminded how interdependent we are upon each other as individuals, regions, and nation states. 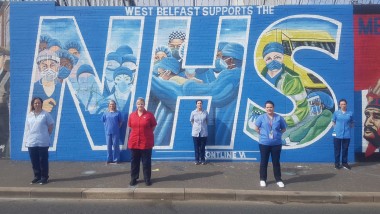 This reality needs to be embraced.

Our global community does not have the resilience to absorb continuous international power plays, economic blockades, sanctions, sieges, and conflicts.

The only way forward can be on the basis of peaceful coexistence, global solidarity and international diplomacy.

It is finally time to start shaping our collective future with new values, which prioritise public health, economic justice, sustainable ecology, and multilateralism