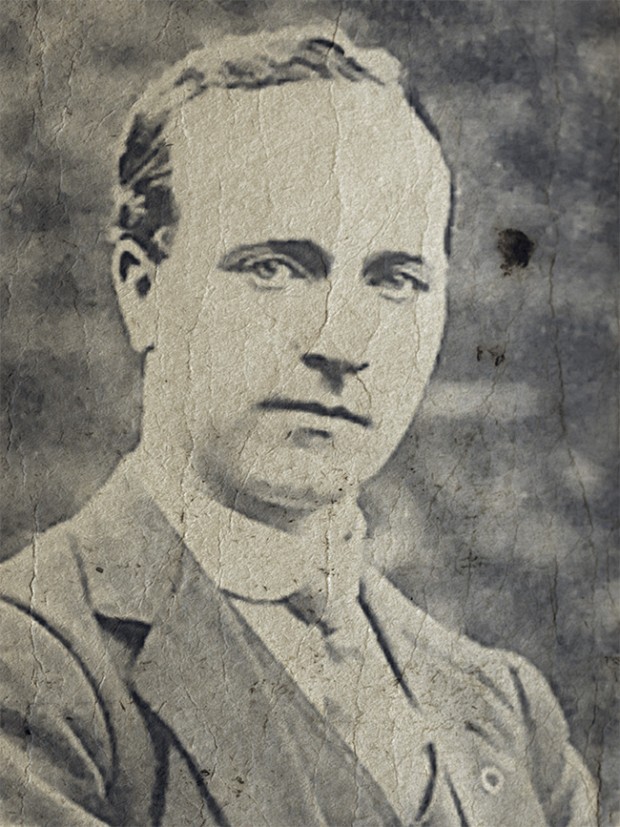 In the local government elections of January 1920 the Irish Republic, which had been declared independent by the first Dáil Éireann a year previously, received another massive endorsement, with Sinn Féin majorities in 172 of the 206 councils throughout the country.

On Cork City Council Sinn Féin won 40 of the 56 seats and, at the first meeting of the new Council on 30 January, Tomás Mac Curtáin was elected as the first republican Lord Mayor of Cork. His first action was to move the resolution giving the allegiance of the Council to Dáil Éireann. This motion was passed by the majority of councils across the 32 Counties. The growing support for Sinn Féin as well as the increasing number of IRA attacks on British forces met an intransigent response from the British government. 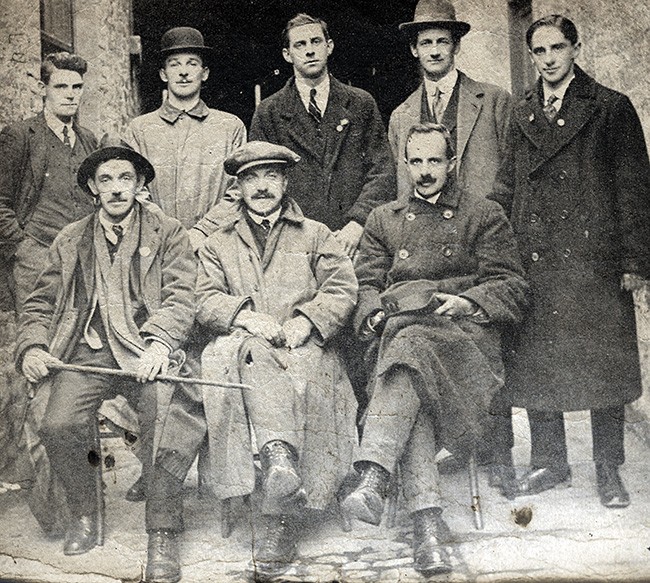 Tomás Mac Curtáin accepted as a duty the risk of occupying such a prominent public position as Lord Mayor. Already he was a marked man because he was also Commandant of the Cork No. 1 Brigade of the IRA, which covered Cork City and its hinterland.

He was born in 1884 in Ballyknockane and his family moved to Cork City when he was 13. He attended the famous ‘North Mon’ secondary school but his most important education was in Conradh na Gaeilge. In 1901 he joined Craobh na Linne Duibhe (Blackpool Branch) of an Conradh and became an enthusiastic student of the Irish language and then a teacher and organiser. He was deeply interested in Irish history, archaeology and music and became an accomplished fiddle player. 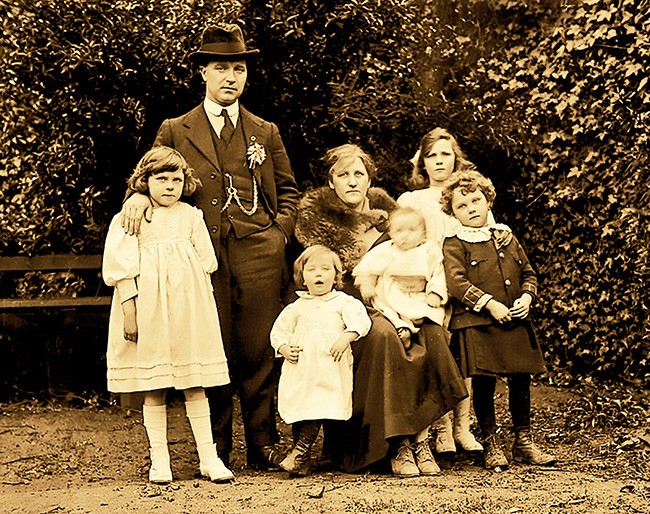 In 1906 Mac Curtáin joined the Irish Republican Brotherhood. He was also active in Sinn Féin and was involved in the establishment of Fianna Éireann in Cork in 1911. He took a leading role when the Irish Volunteers were established in Cork in 1913, a month after their foundation in Dublin. In the Volunteers, Mac Curtáin worked closely with his friend and comrade Terence Mac Swiney.

These two men helped to reorganise the Volunteers in 1914 after John Redmond’s Irish Parliamentary Party split the newly founded organisation and induced tens of thousands of Irishmen to fight for the British in the European war. The steady reorganisation of the Volunteers under Mac Curtáin and Mac Swiney meant that they were poised to play a key role in the Rising which was planned to take place in 1916. 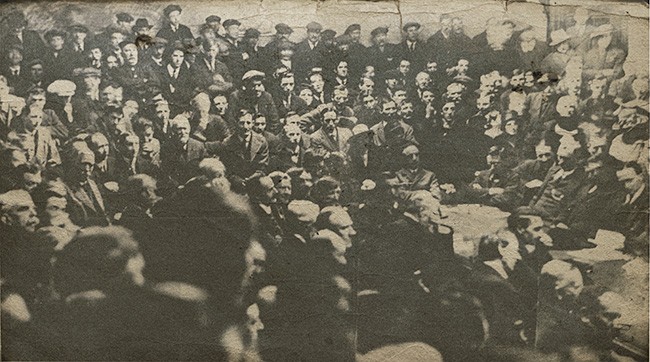 • Assembly of the Cork Corporation in the City Hall, on Friday 30 January 1920, at which Alderman Tomás Mac Curtáin (seated at table, extreme right) was unanimously elected Lord Mayor of Cork

As it turned out Cork played no part in the 1916 Rising due to the confusion caused by Eoin Mac Néill’s countermanding orders and the failure of the German arms landing. Inquiries by Irish Volunteers GHQ and by the IRB later found that no blame could be attached to Mac Curtáin or Mac Swiney. Mac Curtáin was interned in Frongoch in 1916 and, following his release, deported to England from Cork in 1917.

Mac Curtáin did not contest the 1918 General Election but concentrated on the organisation of the Volunteers which had grown rapidly in Cork. He was persuaded to run for the local elections in 1920 and, as Sinn Féin Mayor, won widespread respect, even among political opponents, for his fairness and diligence. 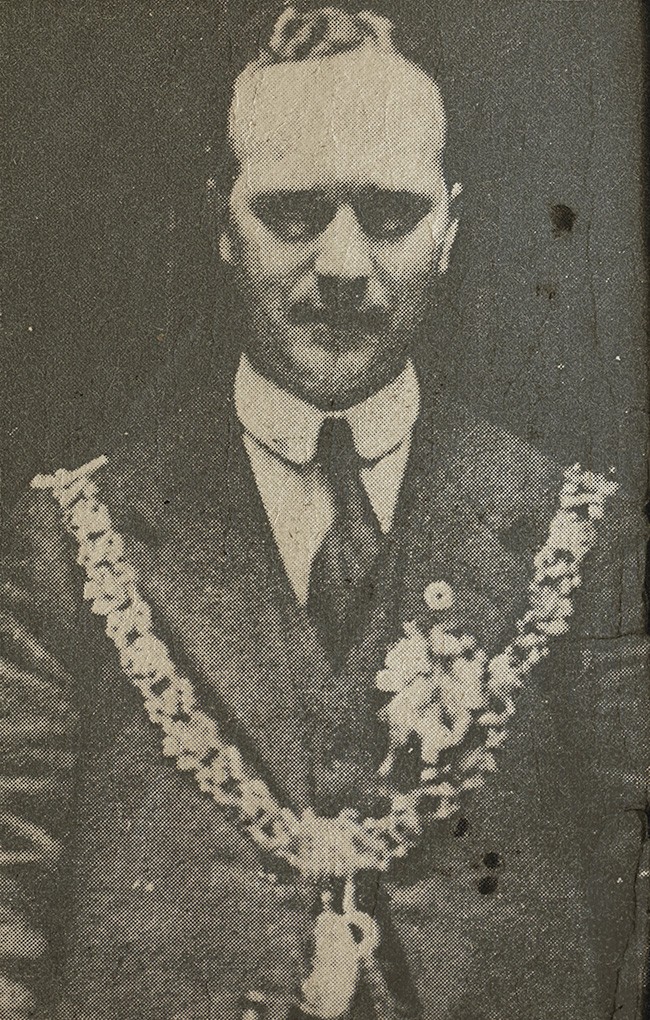 However, his tenure as first citizen of Cork was to be short. In the early hours of the morning of 20 March, his 36th birthday, the home of Tomás Mac Curtáin on Thomas Davis Street was surrounded by armed and partly disguised men. Two of them, with blackened faces, gained entry to the house and shot Tomás dead in the presence of his family. The attackers were regular RIC men but the killing was a foretaste of many more such actions after the introduction of the Black and Tans to Ireland that same month. 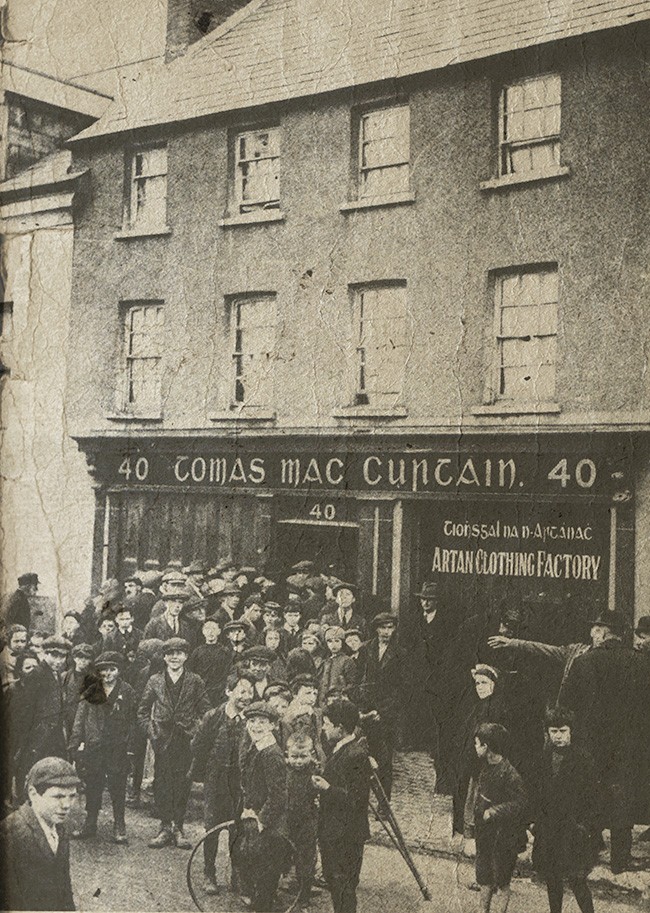 At this time the British government had not yet banned coroners’ inquests, so a full inquest was held and the jury found unanimously that the killing was wilful murder carried out by the RIC and directed by the British Government. British Prime Minister Lloyd George was named in the verdict as was District Inspector Swanzy of the RIC who organised the murder. Swanzy was later executed by the IRA.

Tomás Mac Curtáin, first republican Lord Mayor of Cork, was murdered in his home by British crown forces on 20 March 1920, 100 years ago this week. 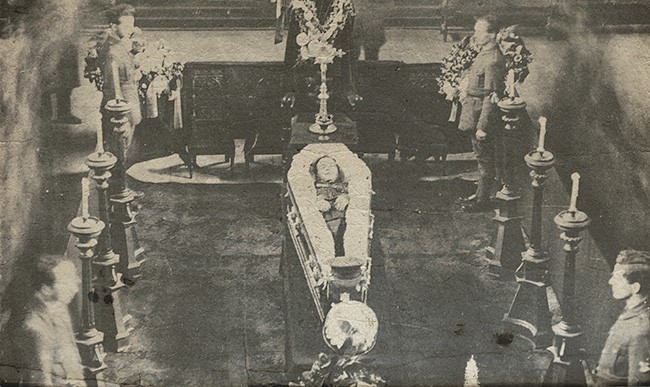 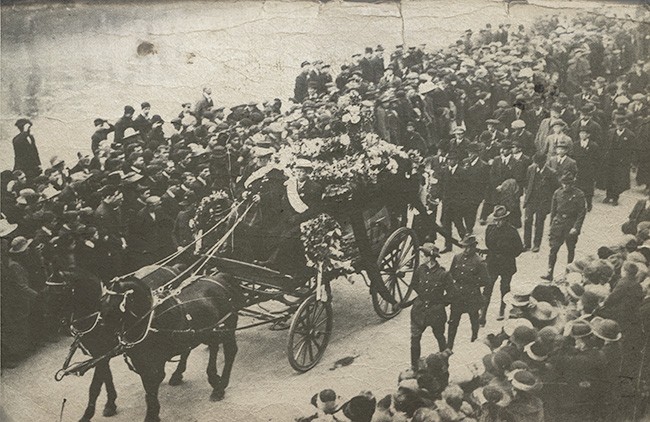