Change is in the air - What side are you on? by Declan Kearney 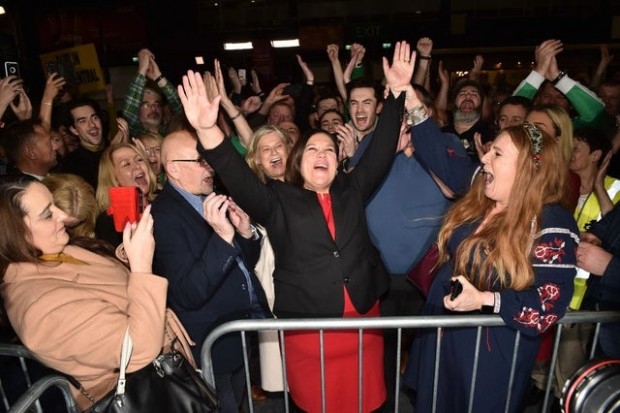 An historic moment has dawned for the first time in 100 years. An opportunity exists to break the grip of gombeenism. Change is in the air. - Declan Kearney

Benjamin Franklin, one of the US founding fathers is attributed the quote “in this world nothing can be said to be certain except death and taxes”.

With the turn of events in the south of Ireland since the general election three weeks ago, perhaps a third certainty should be added; that is the determination of the Irish establishment to prevent Sinn Féin from being in government in the southern state.

The hysteria whipped up specifically by the leadership of Fine Gael and Fianna Fáil, supported by some sections of the Irish media, has been grotesque, unbelievable, bizarre and unprecedented, to borrow the GUBU phrase coined by Charlie Haughey, former leader of Fianna Fáil.

Two weeks ago, this blog suggested that the post-election context was effectively shaping up to be a ‘very Irish coup’ against a popular momentum for change, demonstrated by the electorate on 8 February. 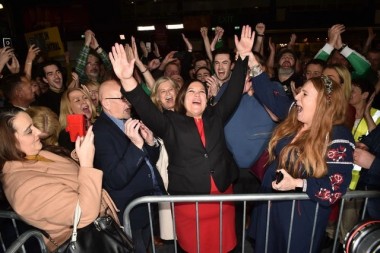 In the period since, both Leo Varadkar and Michéal Martin, the respective leaders of Fine Gael and Fianna Fáil, and others from their parties, have publicly vilified the democratic structure and integrity of Sinn Féin because they were so affronted by our party’s electoral success.

Their commentary would be laughable, if it was not so fundamentally anti-democratic. These individuals have traduced the democratic process and vulgarised Irish politics with their behaviour.

Michéal Martin abused the first sitting of the 33rd Dáil (Irish Parliament) by mounting an irrational and scurrilous attack upon Sinn Féin - which left many in his own party bewildered and embarrassed.

His comments are a disgrace to Irish democracy and offensive to the thousands of ordinary citizens who last week attended some of these meetings in Cork, Dublin and Newry. More are scheduled in Galway and Cavan.

Sinn Féin’s electoral surge on 8 February has provoked a carnival of reaction from within the Irish establishment.

But the huge support for our party is a culmination of a deep discontent against how Fine Gael and Fianna Fáil have run the southern state since its foundation on behalf of the economic and class interests of the Irish establishment.

The fact is that the two big conservative parties, having had a free run for nearly 100 years, lost the run of themselves. They were so intoxicated with their duopoly of state power that they thought it would be ‘business as usual’ after the most recent general election, and would carry on regardless, as happened so many times before.

But on this occasion the electorate had enough, and instead used the ballot box to rebel against the status quo, and vociferously demand change in society.

And, here’s the rub: The establishment, and its proxies, Fine Gael and Fianna Fáil didn’t see it coming.

That’s the actual reason for the toxic invective from the leaderships of those parties, and some right-wing commentators.

They are shocked and angry at the fact that 56.9% of the electorate rejected the ‘Tweedledee Tweedledum‘ axis of the two big right-wing parties; this now represents an historic electoral and political realignment in the history of the state.

The great majority voted for parties and politicians advocating change; and a total of 24.5% of the electorate gave Sinn Féin a mandate to seek a government for change. 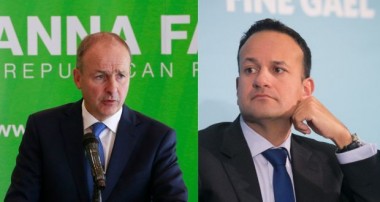 Instead of calmly reflecting on the democratically expressed desire for change by the majority of citizens, the establishment parties have become consumed by their own turbo-charged anti-democratic hysteria.

Their reaction brings to mind the ‘Boomtown Rats’ hit parody, ‘Banana Republic’, in 1980, about the southern Irish state.

Politics has arguably been brought to a cross roads by this general election.

The unfolding impasse over government formation can be read as sub text for a power struggle over who is in government, and which economic and social interests should be advanced through the exercise of state power.

The upshot is that the establishment want to stop Sinn Féin from being in government. This is really what the Micheál Martin and Leo Varadkar interventions are all about.

Fianna Fáil and Fine Gael both want to prevent a progressive left of centre government from being formed.

That’s why they have now finally begun negotiations with each other; and why both have an eye to the Green Party for making up their numbers. So watch this space…

The tactical sword fencing over whether Fine Gael and Fianna Fáil could, or would, go into government with each other will ultimately be determined by the overriding economic and class interests of the financial and business elites in the 26 counties.

And yet, the potential does still exist to form a government for change in the coming weeks.

The electoral and political argument for change was made and won on 8 February.

This current political impasse is all about power and what interests it will serve. 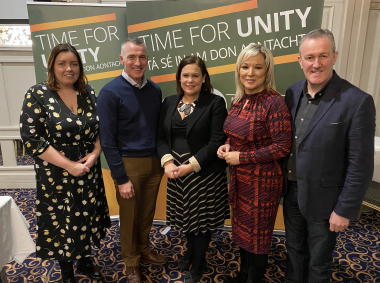 For the first time in 100 years ordinary people have demanded that the existing status quo must give way to a new order; which delivers a fair deal for families and workers; builds houses; guarantees good health care; and advances towards Irish unity.

However, for that to happen, some parties will have to make decisions about which side they are on, and how they want to see political power exercised - in the interests of the many, or the few.

Sinn Féin is clear about what needs to happen.

It would be a strategic miscalculation for the left and other progressives, and potentially a lost opportunity, if this period is confined to policy negotiations among parties and politicians, while everyone else behaves like passive spectators.

So, progressive civic and community-based stakeholders need to begin exerting their significant political and social influence.

An authentic government for change will not come magically into existence.

Other voices must speak out for change, and contribute to a new narrative for political change.

Initiatives by trade unionists and other progressive social and cultural activists are presently needed to effect the balance of forces in the support of progress and political transformation.

To be successful a government for change must harness, and be propelled forward by a popular momentum from within society.

Politics in the south of Ireland is realigning.

New exciting opportunities are emerging. These need to be shaped.

Popular community participation in the democratic process needs to be maximised.

The aim of achieving permanent political and social realignment will of course depend upon the appointment of a government for change. But that will have to be supported by a broadly based coalition of democratic civic and community interests. In short, a mobilisation of progressive politics within the political institutions, and, also outside the institutions of government and throughout wider society. 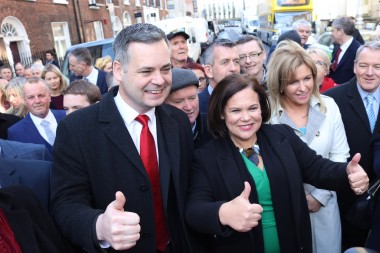 An historic moment has dawned for the first time in 100 years.

An opportunity exists to break the grip of gombeenism.

Change is in the air.

Genuine republicans, socialists, progressives and democrats should set aside tactical and political differences, and instead unite and act to ensure that the community and class interests of the many have primacy.

What side are you on?