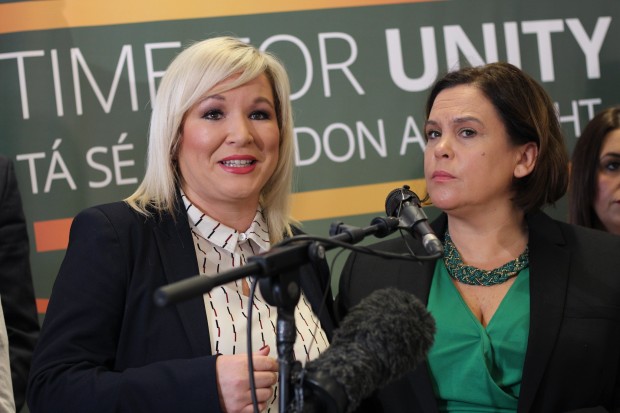 "The next Irish government has a responsibility to challenge the British government to recognise that it too must plan for the future and begin the process of planning for the unity referendum in line with the Good Friday Agreement." - Michelle O'Neill

The political landscape of Ireland has been changed forever as the elections in the south have signalled a revolution at the ballot box.

Sinn Féin is the now the most popular political party in the 26 counties and have smashed the status quo and the inherent two-party system of Fianna Fáil and Fine Gael.

This election was all about change. Sinn Féin went to the people and we persuaded them in huge numbers that we are the credible alternative. We are the vehicle for change.

We asked people to give us a chance to solve the crises in housing and health, to give workers and families a break so that ordinary people begin to experience the economic recovery we have heard so much about and to deliver the new Ireland the people voted for.

There is now a real possibility Sinn Féin could be in government north and south in the coming weeks.

We do not want to be in government for the sake of it. 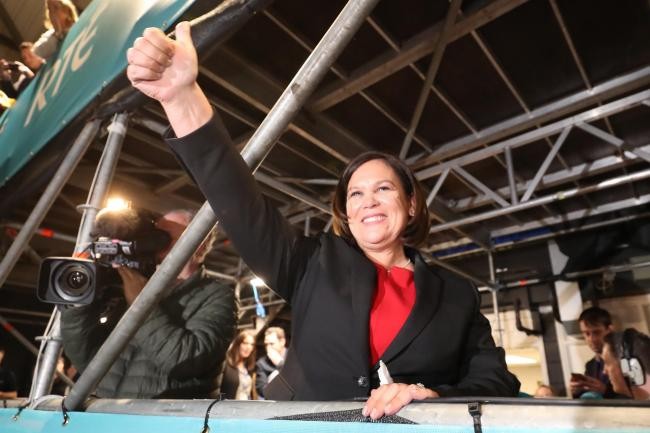 Sinn Féin wants to be in government to make a difference; however it’s dependent on whether we can negotiate a credible programme and government for change.

As Joint Head of Government in the north I am committed to delivering good government which tackles inequality, promotes growth and unites communities.

That is our vision of a new Ireland.

And it is a vision shared by growing numbers across this island.

Last week’s exit poll showed a majority of voters want to have their say in a referendum on Irish unity within the next five years.

In the north the unionist majority is gone, demographic change continues and the debate on Irish unity is centre stage as a result of Brexit and changes in Irish society.

History is unfolding across our island. We have an opportunity to bring people together from every tradition.

There is no contradiction in genuine power-sharing with unionism at Stormont, while also having a mature and inclusive debate about our political future beyond Brexit.

In April 2017, the European Union declared that in the event of Irish reunification, the 'entire territory of Ireland'  would automatically re-join the EU with the rest of Ireland.

Citizens of all traditions in the north are now considering the merits of reunification - and remaining in Europe.

So it is vital the next Irish government takes that message on board and begins to actively plan for Irish unity.

That could involve a citizens’ forum on constitutional change; a green paper on Irish Unity, and the appointment of a minister with responsibility to prepare for reunification.

The negotiations have now begun to form the new Irish government.

There is a responsibility on Sinn Féin to seriously engage with parties and explore where common platforms exist to form a new government for change.

High on the agenda must be implementing the democratic will of the people for a new Ireland.

It also involves reaching out to the EU to actively assist the process of transition towards unity.

The next Irish government has a responsibility to challenge the British government to recognise that it too must plan for the future and begin the process of planning for the unity referendum in line with the Good Friday Agreement.

That referendum on Irish unity is coming. The foundations of a new Ireland are being laid.