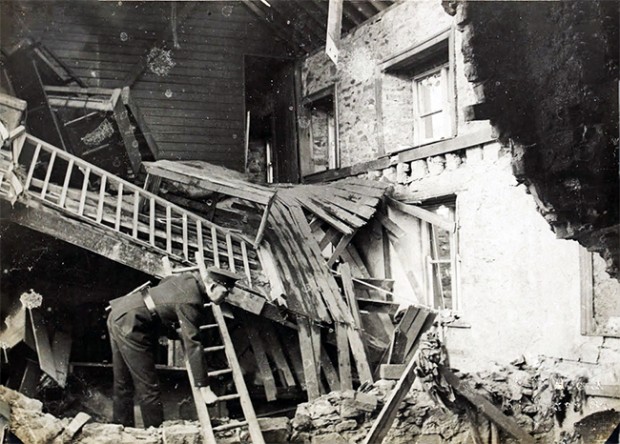 One of the first major IRA attacks on an RIC barracks during the Black and Tan war took place in Ballytrain, County Monaghan, in February 1920.

As in most of the country outside Dublin and Munster, there was relatively little IRA activity in County Monaghan in 1919, apart from small-scale raids for arms. The original plan to step up the campaign in 1920 was to attack the RIC barracks in the town of Ballybay. O’Duffy informed Michael Collins at IRA GHQ and Collins ordered that the attack be switched to Ballytrain because stationed there was RIC Sergeant Lawton, who had given evidence against three republicans who received sentences of three years penal servitude.

Thirty Volunteers of the Monaghan Brigade took part in the action against the RIC barracks, which was situated in the isolated village of Ballytrain, defended by six heavily armed RIC men. The operation began with the blocking of approach roads. At about 2am fire was opened on the barracks, with the RIC returning fire and refusing to surrender.

After Ballytrain Peadar O’Donnell went to Derry as an ITGWU organiser, Ernie O’Malley organised flying columns in various parts of the country and Eoin O’Duffy went on to serve on IRA GHQ. The former two were later leaders of the anti-Treaty IRA while O’Duffy was a top Free State Army officer.

The Ballytrain barracks attack took place on 14 February 1920, 100 years ago this week.