Remembering the Past - 50 Years On 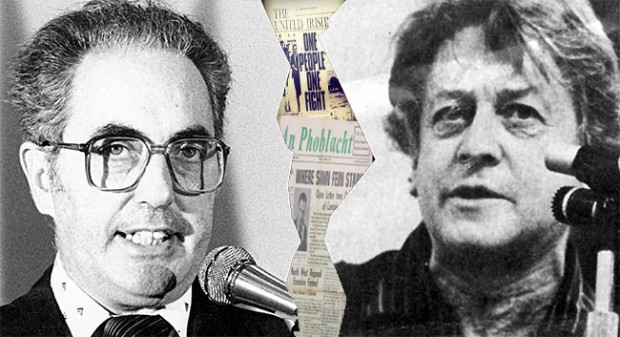 Divisions within the IRA and Sinn Féin which had been deepening during the late 1960s, were widened to breaking point in the weeks and months that followed the events of August 1969 in the Six Counties. The lack of preparedness of the leadership of the IRA for those events proved to be the key factor in the split and was symptomatic of what Gerry Adams later described as “a lack of politics affecting all tendencies in the then disunited Republican Movement”.

The IRA’s Resistance Campaign, which was carried out mainly along the Border from 1956, was brought to an end in 1962. The campaign had concluded without any military advances and with the one-party Unionist regime intact, partition still in place and British jurisdiction unmoved. There was disillusionment in republican ranks and much soul-searching. This was followed by a period of reflection and debate on the way forward for the IRA and Sinn Féin.

Under the leadership of Chief of Staff Cathal Goulding the IRA re-explored its ideological legacy and turned increasingly to campaigning on social and economic issues, stressing the need for a socialist united Ireland. However, the role of some figures close to Goulding, including Roy Johnston, was resented by many and was seen as a concerted effort to determine the Movement’s ideology and strategy from outside. 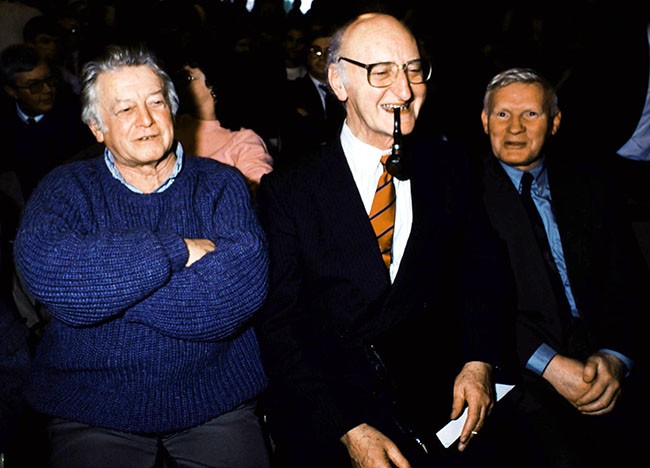 The recognition of the need for political development led to a proposal at the 1965 IRA Convention for the dropping of the policy of abstention from Leinster House. This was an extremely divisive issue which rumbled on over the following four years, exacerbated when Goulding also proposed entering the Stormont Parliament and even Westminster.

In the 26 Counties the IRA itself and a number of splinter groups became involved in some isolated armed actions around various strikes and protests. This illustrated the confusion over the future role of the IRA. Was it to resume an armed campaign in the Six Counties? Was it to be the armed wing of a wider socialist movement? Military preparations for a future campaign were supposed to be continuing but some believed that the IRA was being run down as a military force.

Parallel with these developments in the 26 Counties, the situation in the Six Counties was beginning to change profoundly. The Civil Rights movement emerged in 1967, and developed rapidly with the involvement of republicans, civil libertarians, nationalists of various hues, and socialists of different varieties. 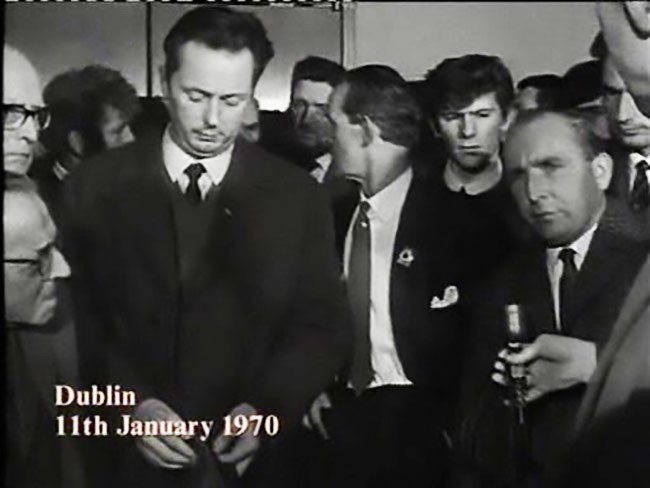 Both the Civil Rights leadership and the Goulding leadership of the IRA favoured a gradualist approach and believed that steady agitation for reform in the Six Counties would be successful. The Goulding leadership also believed that the Civil Rights agitation could lead to a coming together of Protestant and Catholic workers, the emergence of class politics in the North and, eventually, a unified working class on the island which would achieve a socialist united Ireland. The issue of a united Ireland, supposedly the ultimate objective, was kept in the background to facilitate this stages theory.

What virtually no-one in the Civil Rights Movement or the Republican Movement envisaged was the violent and hysterical reaction of Unionism to the demands for fair elections, an end to housing and job discrimination and the repeal of repressive legislation. This reaction began with the RUC attack on the Civil Rights march in Derry in October 1968 and reached a crescendo with the sectarian pogroms against Catholics in Belfast in August 1969 and the attempted RUC invasion of nationalist Derry the same month, leading to the Battle of the Bogside.

The focus of most of the disaffection from the Dublin leadership of the IRA among republicans, mainly in the North but elsewhere as well, was the inability of the IRA to provide adequate defence for nationalist areas. Adams writes elsewhere (Gerry Adams, ‘The Politics of Irish Freedom’, Brandon, 1986) that “failure and inadequacy did not relate solely to the question of defence... Indeed lack of guns was not a primary problem as it was made up quite rapidly. The primary problem was lack of politics, a shortcoming which was to remain even after guns had become plentiful”. 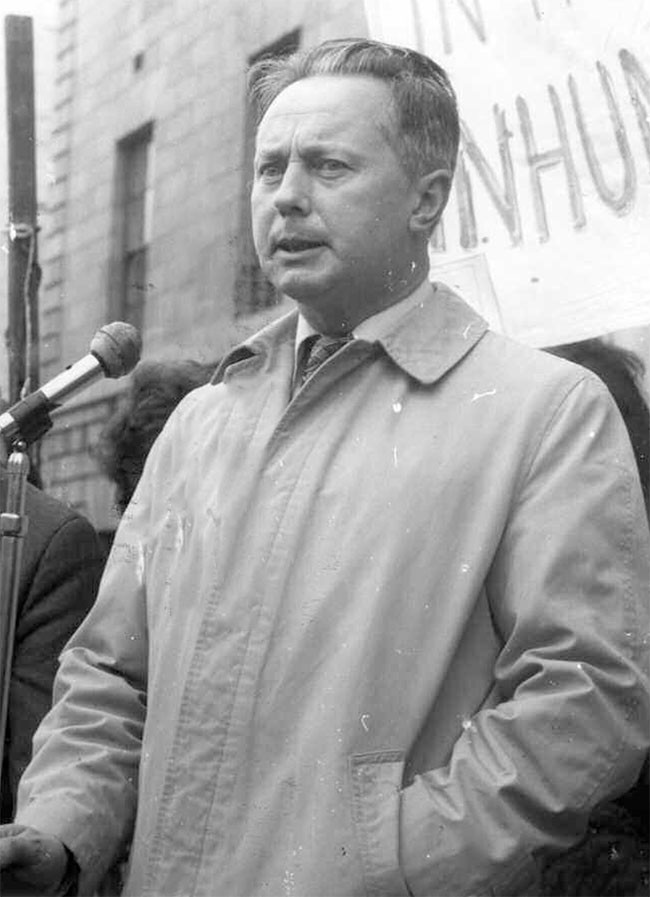 The IRA in Belfast had already divided before the Extraordinary Army Convention of December 1969. The Convention considered two key motions from the Goulding leadership – first that the IRA should enter into a National Liberation Front involving various forces of the left, and second that it should end abstention from Leinster House, Stormont and Westminster.

Both motions were passed by a simple majority and the minority withdrew from the Convention led by Army Council member Seán Mac Stiofáin, who became Chief of Staff of the Provisional Army Council. Mac Stiofáin later stated that, in addition to the two motions, the other issues that caused the split were military policy, the maintenance of internal IRA discipline and the question of whether to campaign for the abolition of Stormont or for its retention. (Seán Mac Stiofáin, ‘Memoirs of a Revolutionary’, 1975).

As the Provisional Army Council began to reorganise the IRA units loyal to it and to recruit across the country, attention shifted to the Sinn Féin Ard Fheis in Dublin. It was held in the Intercontinental (later Jury’s) Hotel in Ballsbridge on the weekend of 10 and 11 January 1970.  The Ard Fheis debate on the motion to enter the three parliaments was held in closed session and lasted three hours on the Sunday. 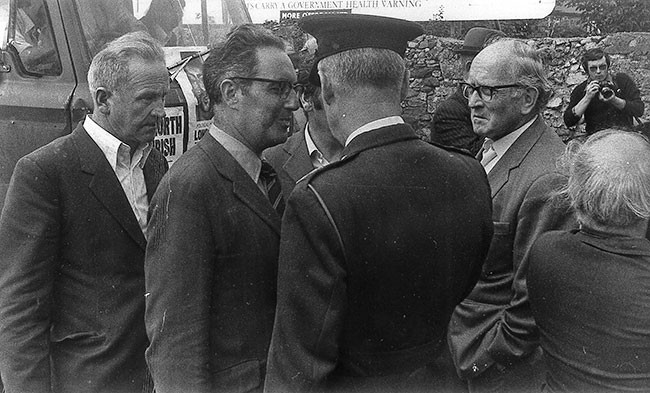 A two-thirds majority was required to make the proposed changes to the Sinn Féin Constitution but the Goulding leadership failed to get it and so the motion fell. A motion was then proposed pledging support for the IRA leadership and it was this which triggered the walkout because that IRA leadership had already adopted the policy just rejected by the Ard Fheis.

About 100 delegates who walked out then met at the Kevin Barry Hall, 44 Parnell Square. They considered themselves the reconvened Sinn Féin Ard Fheis. They appointed a Caretaker Executive of 20 chaired by former TD Ruairí Ó Brádaigh and including another ex-TD, John Joe McGirl, as well as Seán Mac Stiofáin and Charlie McGlade.

On 23 January the Caretaker Executive issued a detailed statement setting out its position and citing the reasons for the split. They pointed out that they were not militarists or anti-socialist and that many of them had taken part in the social and economic campaigning of the ‘60s; they alleged the infiltration of the Goulding leadership by outside elements; they stressed especially the failure of IRA defence in the North; they described as “incomprehensible” the Goulding leadership’s call for the retention of Stormont in 1969 when its abolition was possible and when the Orange state was in crisis.