Martin Savage and the Ashtown ambush

French was a career general and a pillar of the British establishment, in contrast to his sister Charlotte Despard who was a militant feminist and supporter of Irish republicanism. French oversaw the suppression of the 1916 Rising and subsequent executions ordered by General Maxwell. He was in command in Ireland when the British government threatened to impose conscription in 1918.

By the end of 1919 British military occupation had become more violent and the Dáil, Sinn Féin, Conradh na Gaeilge and other nationalist organisations and publications had been banned. The IRA was intensifying its attacks on British forces and French, as a virtual military dictator, was a prime target. IRA General Headquarters Staff attempted to ambush French on many occasions – 12 according to one account – but without success. 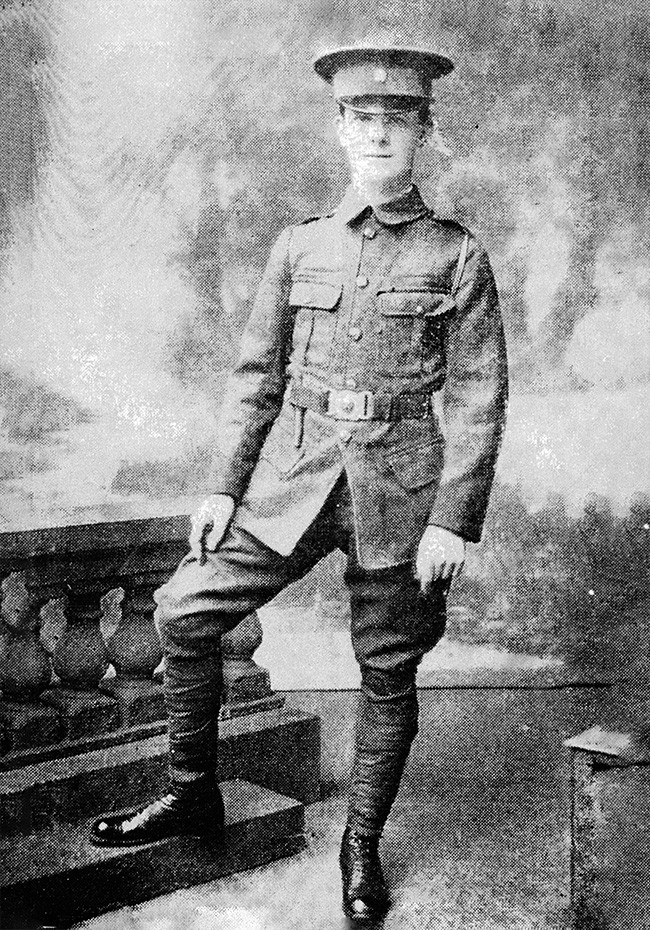 On 11 November 1919 IRA Volunteer Seán Hogan of Tipperary waited on Grattan Bridge for the arrival of French on his way to an Armistice banquet in Trinity College. At the time the Lord Lieutenant’s car was due to pass Hogan took the pins from his two hand grenades and threw them away. But French never passed and Hogan had to hold down the trigger mechanism of the grenades as he made his way to a safe house where new pins were secured to prevent them from exploding.
The following month the IRA made a final and more concerted attempt to ambush French. Around a dozen Volunteers were involved, including Seán Hogan, Dan Breen, Seán Treacy and Martin Savage, a lieutenant in the 2nd Battalion of the Dublin Brigade. He was not part of the unit originally chosen to carry out the ambush but met Hogan in a safe house the night before and volunteered to take part.

The date was Friday, 19 December and the place was Ashtown, Co. Dublin, on the north fringe of Phoenix Park. French was due to arrive by train to Ashtown station at 11.40am and travel by armoured convoy through the Ashtown Gate of the Park and on to the Vice-Regal Lodge (now Áras an Uachtaráin). The Volunteers were waiting at Kelly’s Halfway House pub where they had mingled with customers rather than attract suspicion by taking up ambush positions immediately. 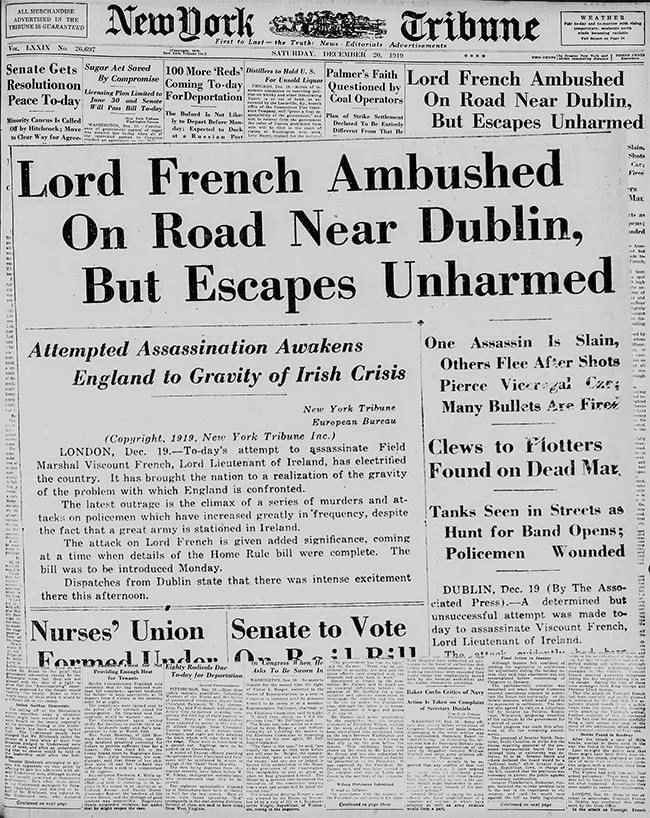 The train arrived earlier than expected and the Volunteers took up positions. The plan was for Martin Savage, Dan Breen and Tom Keogh to draw a cart across the road in front of the convoy. They were delayed in this by the arrival of a policeman who tried to stop them. Before the cart was put in place the convoy arrived. The Volunteers concentrated their gunfire and grenades on the second car in which French was due to travel. It was wrecked and crashed into the ditch but it turned out that French was in the first car and escaped injury.

In the third car in the British convoy were four rifle-men and a machine-gunner. One of the rifle-men fired a fatal shot at Martin Savage, shooting him in the throat. Dan Breen was wounded in the leg. After carrying their comrade’s body into Kelly’s the Volunteers escaped before the arrival of British reinforcements.

Martin Savage participated in the 1916 Rising, was imprisoned in England and went on to play a key role in the Dublin Brigade, losing his life in one of the first major engagements of the Black and Tan war. His body was returned to his native Ballisodare, Co. Sligo for burial on 23 December.

The Ashtown ambush in which Martin Savage lost his life took place on 19 December 1919, 100 years ago his week. 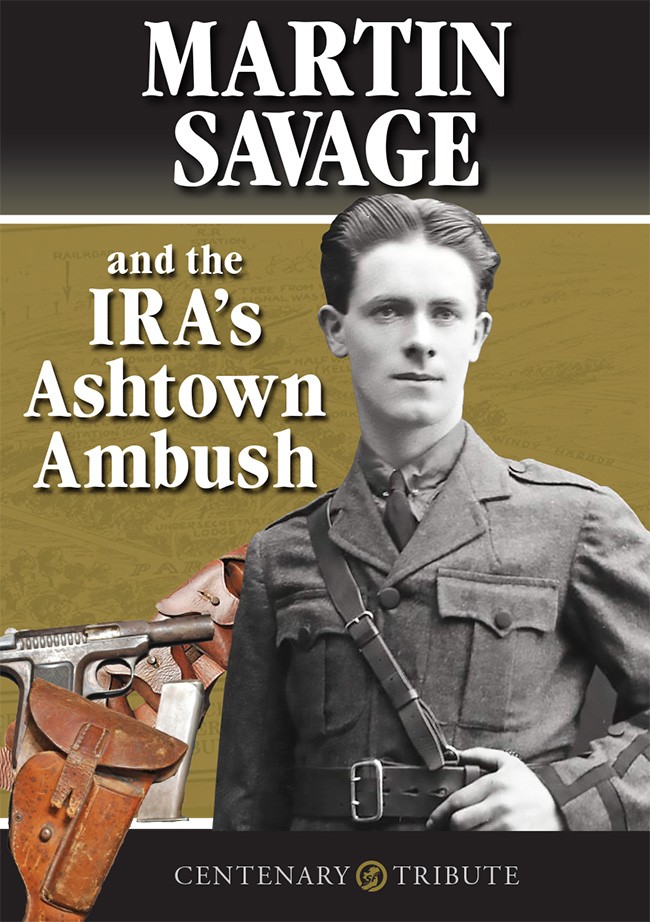 These were the words of Martin Savage as he lay dying on Ashtown Road, near Dublin's Phoenix Park on 19 December 1919. The 21-year-old Sligo Republican was killed in action against British crown forces, as the IRA ambushed the convoy of Field Marshal John French, the British Lord Lieutenant in Ireland.

Martin Savage was the first IRA Volunteer to die in action against British forces since the establishment of Dáil Éireann in January 1919 and its banning by Lord French the following September.

French vowed to "put the fear of God" into Irish Republicans but the man who later presided over the reign of terror of the Black and Tans and Auxiliaries had to be heavily guarded and to move around in secret.

This booklet tells the story of Martin Savage and of the Ashtown ambush and its importance in the struggle for Irish Freedom.