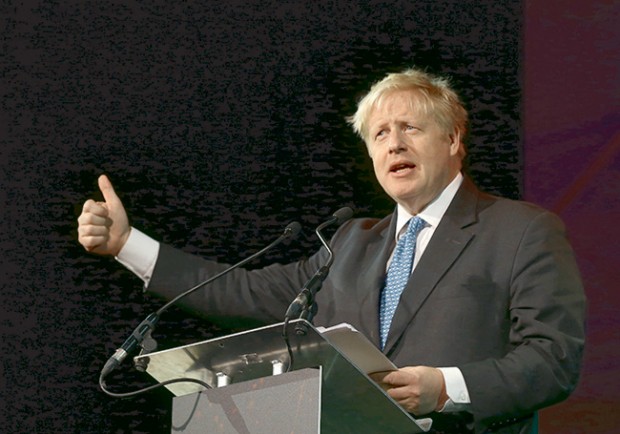 The takeover of the Tory government by hard right Brexiteers led by Boris Johnson has deepened both the Brexit impasse and the difficulties in restoring the Executive and Assembly in the Six Counties. The new regime was only a few days in office when there was talk of full direct rule being imposed in the event of a no-deal Brexit, a development that would fundamentally undermine the Good Friday Agreement.

It is the Irish people who will bear the brunt of Johnson’s disastrous Brexit agenda if it is implemented. That is the message which the Sinn Féin leadership delivered to Julian Smith, the new British Secretary of State for the North, when they met him at the end of July. They told Julian Smith that Brexit is not acceptable to the vast majority of people in the North. They voted to Remain and their wishes should be respected not trampled over.

There is no good Brexit for these islands but the ‘no-deal’ crash that Johnson seems to be pursuing will be a catastrophic and unforgivable act of political vandalism that future generations will pay a heavy price for. Sinn Féin also made it clear that the political talks in Belfast have so far failed to face up to the core issues at the heart of the political impasse in the North.

These issues are essentially about the rights and equality agenda at the heart of the Good Friday Agreement. Despite overwhelming public and political support for equal rights for women, Irish speakers, victims of the conflict and the LGBT community, the DUP continues to veto the implementation of these rights.

As a consequence, the people of the North are still without a power-sharing government two and half years since Martin McGuinness resigned in order to bring a halt to the DUP’s discrimination and alleged corruption. The British Government has been complicit in this democratic deficit through its repeated failure to implement agreements or to confront a denial of rights to citizens here that it would never tolerate in its own country. Shamefully and selfishly, it has acquiesced to the DUP’s discrimination as the price to be paid for the Confidence and Supply deal with that party.

In so doing, the rigorous impartiality demanded by the Good Friday Agreement has been abandoned and the responsibility to ensure the equality of treatment for all citizens has been set aside. Successive British administrations have refused to honour agreements or to resolve the issues of the past while imposing savage austerity cuts and Brexit against the wishes and best interests of the people.

So if Johnson is to have any kind of positive impact on the negotiations, a new Prime Minister will have to be accompanied by a new approach. That means ending the DUP’s veto on rights and honouring the British Government’s responsibilities to implement the Good Friday Agreement. It is long past time that the British Government began taking its obligations to citizens and to the peace and political process in Ireland seriously. 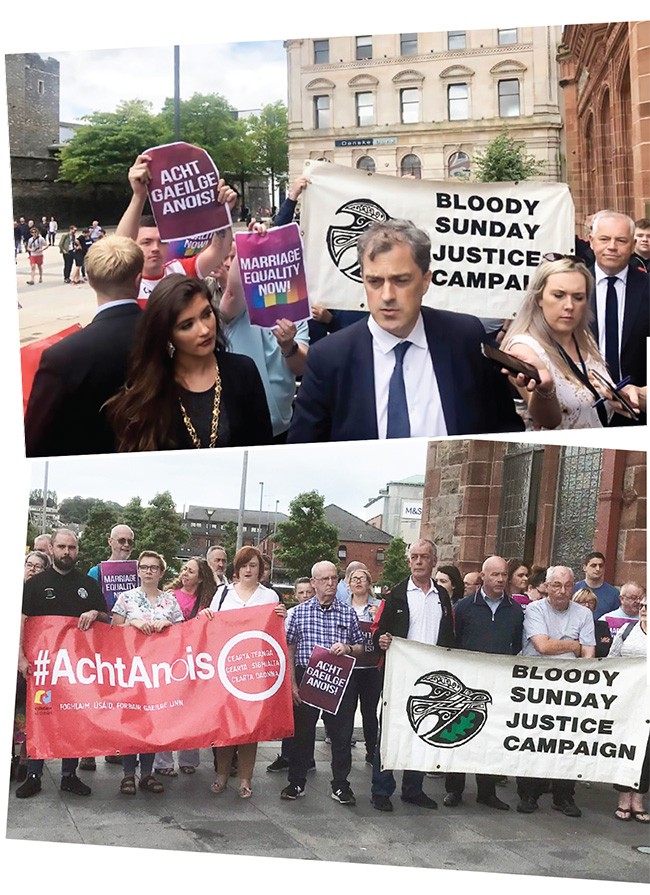 Will such a positive approach be forthcoming? It seems highly unlikely but that does not mean that Johnson and Co should not be faced squarely with their responsibilities, especially by the Irish government. Equally, the British government must be reminded of its obligations under the Good Friday Agreement regarding a poll on Irish Unity.

The Good Friday Agreement states that the British Secretary of State shall direct the holding of a poll on Irish Unity “at any time it appears likely to him that a majority of those voting would express a wish that Northern Ireland should cease to be part of the United Kingdom and form part of a united Ireland”.

The question now arises as to what are the criteria for assessing if there would be a ‘likely majority’? Political and demographic changes have clearly had a massive impact over recent years, particularly in the wake of Brexit, and these trends are only set to continue. In that context, the people of Ireland are entitled to clear, transparent criteria for the triggering of a poll to decide their own constitutional future, a parallel poll being held, of course in the 26 Counties also.

That should be the case in any democratic context but it becomes an imperative in the face of the kind of No-Deal Brexit crash that Johnson says he is willing to accept by October 31st. That is why Sinn Féin is seeking from the British government clear criteria for the triggering of the Irish Unity poll.

In his own words, the new British Prime Minister insists he will ‘do or die’ over Brexit. That’s a matter for Boris Johnson but he has no right to drag the people of Ireland over the cliff with him. All the more reason, therefore, to accelerate to drive to fully implement the Good Friday Agreement and step up preparations for an Irish Unity poll. 