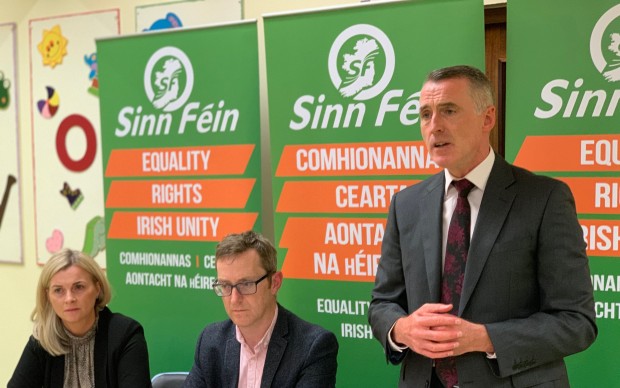 "The next Westminster general election will be a watershed opportunity for all progressives in the north to speak out on the future that they want: to assert that it must be based upon full implementation of the Good Friday Agreement by the two governments and all political parties, and a shared, anti-sectarian future."

The entire political discourse in Ireland and Britain is now dominated by Brexit, and the immediate and longer term implications of the unprecedented political chaos taking place in the British parliamentary system.

A Westminster general election is inevitable, likely to be sooner rather than later. This likelihood has heightened because the British government, led by Boris Johnson has now agreed a new withdrawal deal with the EU27.

The DUP has rejected the withdrawal agreement.

This now raises significant questions for the durability of the relationship between the DUP and the British government. It is also unclear whether Johnson will secure majority support for these proposals.

So in anticipation of a Westminster general election, Sinn Féin has begun to make preparations by choosing our candidates.

Recently I was selected by a party convention in my constituency to contest the next general election in South Antrim.

Before proceedings began we were treated to an exceptional display of Irish dancing by two world champion Irish dancers from the area; Caragh and Cattrice who are 16 and 13 years-old respectively. 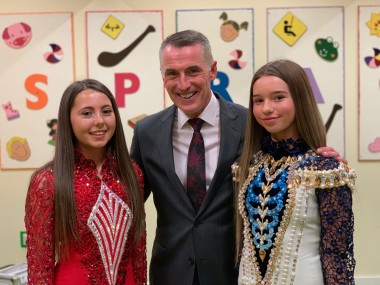 Irish dance, along with the Irish language, music and Gaelic games, is part of the rich, distinct Irish cultural and national identity which defines Irish citizens living in the North of Ireland as part of the wider cultural diversity in Ireland

It is a very great honour to be endorsed by comrades and friends to go forward as an election candidate.

That trust should never be taken for granted, and neither should the support of the electorate.

Whenever the next Westminster election occurs it will be politically very important.

New political dynamics are in the mix and a previously unforeseen strategic context has been created.

And there is a fairly widespread, if cautious, welcome for the perceived maintenance of the all-Ireland economy provided by the Brexit deal.

A watershed has now opened up in the politics of Ireland, and political relations between Ireland, Britain and Europe. 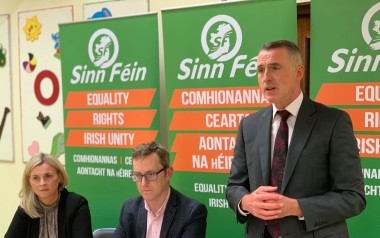 Irish unity has become the defining issue for our generation.

The debate on future constitutional change, and transition to the reunification of Ireland is now centre stage.

The partition of Ireland by Britain nearly 100 years ago was fundamentally anti-democratic.

There is nothing to celebrate about the forthcoming centenary of the northern state.

Partition created an orange state, previously described as a 'Protestant parliament and a Protestant state' for a Protestant people, whose repressive laws were the stated envy of the apartheid regime in South Africa.

For decades the northern state was a by-word for institutionalised sectarianism and inequality, which systematically discriminated against and repressed the nationalist minority population.

But the partition of Ireland is rapidly running out of road.

The Brexit referendum over three years ago detonated a constitutional earthquake at the heart of the British state, which has continued to deepen and reverberate ever since.

British state interference in Irish affairs has always been disastrous for Ireland and relationships between Ireland and Britain.

It has denied democracy and equality. It fostered sectarianism and division among our people.

In turn sectarianism has been cynically used as leverage to achieve electoral advantage and political influence by political unionism.

The British state has never cared about the welfare of citizens in this part of Ireland.

It does not even care about those citizens who give allegiance to the union and the British state.

The unionist people living in the north of Ireland have always been viewed and treated as expendable by British governments as mere subordinates to the ruthless primacy of British state interests.

That reality has been magnified with the onset of Brexit.

Events in Westminster over recent weeks have underlined the absolute contempt of the British parliament towards citizens in the north of Ireland and towards Irish interests.

The only certainty is that there is no longer any certainty.

The toxic alliance between the Tory government and DUP Brexiteers, formalised in the aftermath of the last Westminster general election in June 2017, is arguably the catalyst for that. 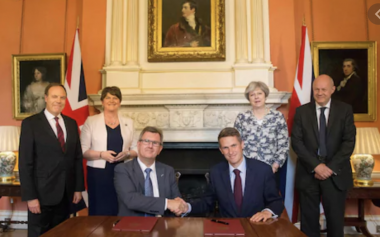 In turn, the DUP has shown repeatedly that it has as little concern for the rights or welfare of our people as the Tories.

The DUP brand is indistinguishable from allegations of financial incompetence and scandal, sharp practice and graft both inside and outside of government in the north.

As a party it has repudiated the good practice of basing public policy and public investment on objective need.

It has rejected the implementation of a Bill of Rights in the north: the need for racial equality; sexual orientation; or anti-poverty strategies.

The untenable nature of all these combined positions are what led inexorably to the collapse of the northern political institutions in January 2017, when Martin McGuinness resigned as Joint First Minister. 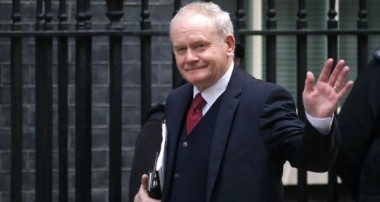 The facts are that after five distinct phases of negotiations from March 2017, the DUP leadership then undermined the agreement with Sinn Féin in February of 2018, which could have restored power sharing in the north.

Most recently the DUP again undermined the latest round of talks which took place under the auspices of the British and Irish governments between April and August of this year, by consistently failing to meaningfully engage with that process.

Instead it continued to play delusional power games at Westminster, and support the Tories in driving forward the Brexit wrecking ball.  The folly of that position has been proved again by the Johnson government decision to close out this new agreement.

Prior to her resignation last summer as the Tory prime minister, Theresa May's government had negotiated a position with the EU.

The DUP joined with the Tory Brexiteers in undermining that original Backstop agreement.

As of today the DUP has rejected the latest withdrawal agreement between the British government and the EU27. 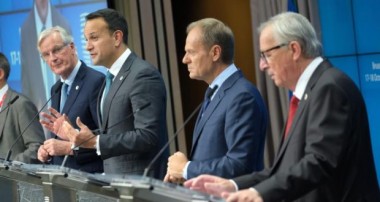 Once again the DUP has isolated itself in the face of wider national and international opinion, and it has done so once again because of its own reckless and narrow party political agenda.

The mutually reinforcing toxic pact between the Tory government and DUP has entrenched the existing political crisis in the north, and prevented the Good Friday Agreement political institutions from being reestablished.

Their reckless adherence to a crash-out Brexit has seriously exacerbated the political crisis.

The DUP is now the biggest obstacle to political progress in the north.

In the view of republicans and nationalists, and other progressives, and arguably also many unionists, the DUP has had its chance to act in the interests of the common good.

Fundamental questions are being posed as to whether the northern state can in fact embrace equality, and accommodate Irish citizens and others, living here as equals.

The only way to persuade northern nationalists, republicans and other progressives that these questions can be answered positively is through an unambiguous commitment to a rights based return to power-sharing.

Nothing less will suffice.

The political challenge which confronts the DUP is to prove that it can and will, as a party, embrace proper power sharing and partnership institutions.

During the most recent phase of talks the DUP showed no serious evidence that it wants to make a future northern Executive and Assembly work in the interest of all citizens.

The British and Irish governments know this to be the case.

But the DUP has no reason to change its stance when British government policy towards the north remains unchanged; and their toxic pact continues to poison the political well. 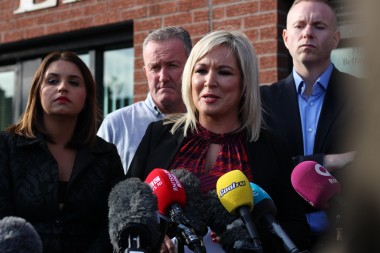 So the next Westminster general election will be a watershed opportunity for all progressives in the north to speak out on the future that they want: to assert that it must be based upon full implementation of the Good Friday Agreement by the two governments and all political parties, and a shared, anti-sectarian future.

It will be an opportunity to reject Brexit and the rejectionist politics of the DUP, and to send a resounding message in support of Irish unity and a new constitutional framework which respects the identities and traditions of all people living in Ireland.

Tapaidh an deis - seize the opportunity!