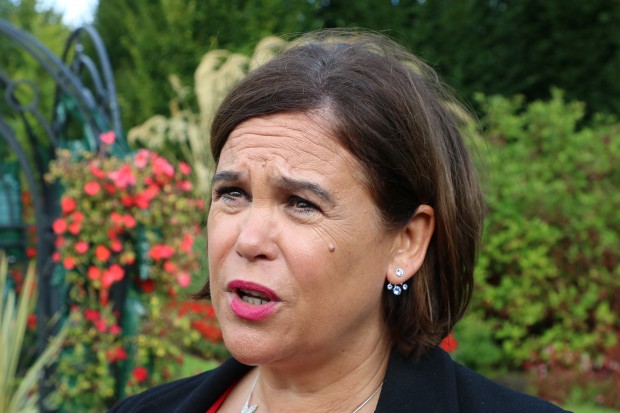 “If anybody believes that the solutions for Ireland are to be found at Westminster, surely that delusion has been swept away during the circus of the last fortnight. We will not take lectures from the party who looked the other way and abandoned northern nationalists.” – Mary Lou McDonald TD

Sinn Féin Leader Mary Lou McDonald has hit out strongly at Fianna Fáil for their ongoing policy of abstaining from political life in the North of Ireland, and has urged them to stop hurling from the ditch as the likelihood of a no-deal Brexit continues to grow.

The comments come as the Sinn Féin President addressed the party’s annual away day ahead of the upcoming Dáil term. Speaking at the Carrickdale Hotel beside the border, she told party staff, reps and activists that Sinn Féin stand ready to fight elections North and South. 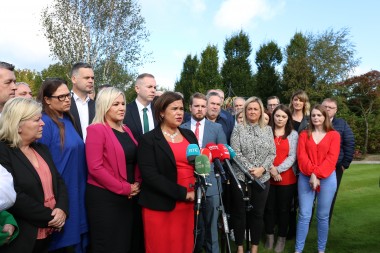 “Sinn Féin will stand on an abstentionist ticket. If anybody believes that the solutions for Ireland are to be found at Westminster, surely that delusion has been swept away during the circus of the last fortnight. If Fianna Fáil feel differently, let them contest the election on a go-to-Westminster platform and see how they get on” McDonald told party colleagues.

Mícheál Martin’s party has come under sharp criticism in recent months for their lack of political action in the North after their underwhelming merger with the SDLP failed to gain any traction. It is increasingly clear that their only interest in the North of Ireland is to seek opportunities to attack Sinn Féin to try and halt that party’s rise in the South.

Speaking to An Phoblacht this afternoon, the Dublin Central TD continued her analysis of Fianna Fáil’s policy of ignoring Irish Citizens in the North by insisting that no genuine Irish Republican would ever take a seat in the British Parliament, or swear an oath to the crown.