Proposal to abandon abstentionism based on flawed mathematics and wishful thinking. 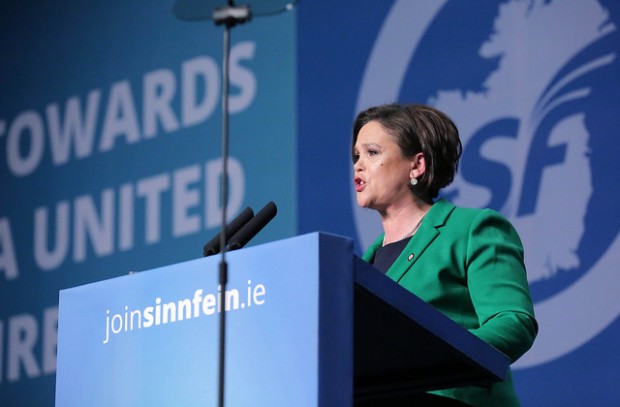 "Our Brexit problem cannot be wished away or magicked away by clever mathematical contortions." - Mary Lou McDonald

Fintan O’Toole claims that Sinn Féin wants a crash-out Brexit. That is not true. It runs contrary to our positions and actions over the past three years. We campaigned against Brexit and to remain within the EU in the referendum campaign. The majority of people in the North of Ireland voted to remain in the EU.

It was Sinn Féin that first proposed a “designated special status” for the North in November 2016. We did so because Ireland, North or South, could not “stop Brexit”. What we could do was protect Irish interests. That was the reality in 2016 and it is the reality today.

While our special status proposal was initially rejected by the then Taoiseach Enda Kenny, over time it became the agreed position of the Oireachtas and found expression in the backstop contained within the EU-British withdrawal agreement.

Sinn Féin has played a central role in building the political consensus, North and South, to ensure our island is protected from the recklessness of “little Englanders” in their pursuit of Brexit.

We pulled on the green jersey and found common ground with our political opponents because Brexit is beyond party politics. It is a fundamental challenge to the Good Friday agreement and progress, to the economy and jobs and to the rights of citizens in the North.

It is vital to ensure that the political consensus built up is continued and not undermined.

The Brexiteers have control of the British government. They openly threaten Ireland with their crash-out Brexit. To add insult to injury, as they rush headlong towards a crash-out Brexit they point the finger of blame at the Irish Government and the EU.

The truth is that they are responsible for Brexit – hard or soft. They must be held to account for their decisions, indecision and belligerence towards Ireland.

O’Toole shouldn’t provide cover for a British government that is threatening a hard Brexit.

Boris Johnson says he is leading Britain, “out of the EU on October 31st no ifs or buts”.

In recent days, O’Toole has suggested that Sinn Féin’s MPs could resign their seats, trigger byelections that could be won by anti-Brexit MPs that could then enter the Westminster parliament and – as he put it – “defeat Brexit”.

His proposal for Sinn Féin to abandon our electoral mandate – which is based on abstention from Westminster – is based on flawed mathematics and political wishful thinking.

There is a strong majority of MPs in Westminster in favour of Brexit and seven MPs – be they Sinn Féin, Sinn Féin proxies or otherwise – will not “stop Brexit”.

There is already a Westminster majority opposed to a no-deal or crash-out Brexit. Seven additional votes are not required for this purpose.

Most importantly and unfortunately, there is a strong and determined Westminster majority, that cannot be bridged by seven votes, to reject the EU-British withdrawal agreement and the backstop. And that is the crux of the problem.

Our Brexit problem cannot be wished away or magicked away by clever mathematical contortions. The Brexit problem will only be answered with a political solution.

The fact is that the British government and the British parliament cannot agree with the EU a viable framework for delivering Brexit.

So long as this is the case, we will face the prospect of a crash – irrespective of the theatrics at Westminster.

The withdrawal agreement is the only real-world proposition on the table. The backstop is the only means of protecting the bottom-line needs of Ireland.

Johnson and his Tory chums are fully aware of this.

So rather than engaging in political musical chairs and embroiling Ireland in the Westminster pantomime, our efforts are best spent building common cause and international pressure on the British government to do the right thing by Ireland and our peace process.

We must also begin – with urgency – the national conversation about Ireland post Brexit.

The ultimate backstop for the all-island economy, for jobs and for peace is the ending of partition.

The Good Friday agreement provides a way back for the North of Ireland into the EU.

The British say they have “turbocharged” preparations for a no-deal Brexit.

Ireland shouldn’t be caught ball watching, spectators of the Tory game. Ireland now needs our own game plan. That plan is unity.