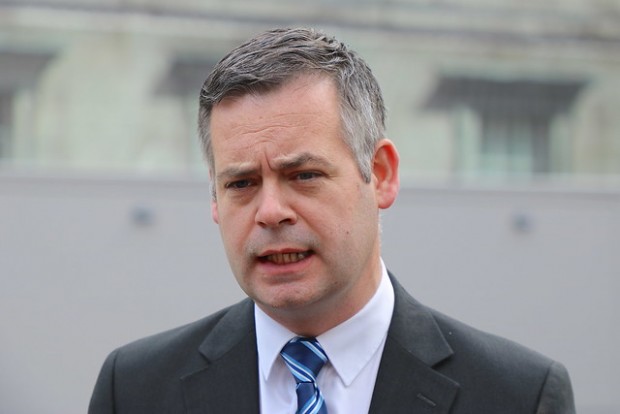 The economic case for Irish unity is evidence based and, in light of a stagnating British economy and a possible no-deal Brexit, is now crystal clear. Irish unity will reduce costs in the north and unleash the economic potential of the all-island economy within the European Union.

The election of Boris Johnson as British PM has fuelled the likelihood of a no-deal Brexit by October 31st. One consequence of this is an increase in the debate around Irish unity.

Indeed, last Friday An Taoiseach Leo Varadkar told the MacGill Summer School that a hard Brexit, which takes the North out of the EU and “undermines the Good Friday Agreement”, will result in citizens looking towards Irish unity.

As a path towards EU membership, essential social freedoms, and economic prosperity, Irish unity increasingly appeals to people. However, for others the fiscal deficit in the north (the ‘subvention’) and concerns about the economic viability of Irish unity remain matters of significance.

Each year the British Office of National Statistics publish their ‘Country and Regional Public Sector Finances’, breaking down the finances in the north of Ireland.

For 2017-18, the ONS state that £26.463bn was spent in the north of Ireland, while £17.3bn was raised in taxes. The difference between these two figures (about £9bn) is what people believe to be the subvention.

‘Total Identifiable Expenditure’ is the money we know for certain is spent in the North, by locally elected bodies (the Assembly and local councils), and is spent directly on public services and benefits. In 2017-18 it was £20.934bn.

Within this is £3.4bn paid out in pensions. The British state should retain responsibility for in the event of Irish unity, as citizens have paid for them through a lifetime of hard work, tax, and national insurance from which Britain has benefitted.

‘Total Non-identifiable Expenditure’ is money spent directly by the British government in Westminster on British government priorities. The north does not spend this, but it receives a bill based on population share. In large part, these priorities are funding the British army (costing the north £1.1bn each year) and paying down Britain’s large national debt (which costs £1.3bn a year). A staggering 85% of the non-identifiable spending is on these two items alone, with the rest funding things like the British royal family, palaces, and military museums.The net Total Non-identifiable Expenditure (when EU contributions of £549 million are factored in) amounts to £2.173bn.

Next is £679m in ‘Total Outside the UK’ spending. Again, this relates to spending decisions made by the British government in London on their international priorities, over which the north has no say

On top of all of this, probable underestimations in corporation tax receipts means that some £500m extra is raised in corporate tax which is not attributed to the North’s finances.

In short, even a basic understanding of the public finances in the north of Ireland dispels the subvention myth. The £9bn figure is a mish-mash of local spending, accounting procedures, and billions of pounds of British obligations that simply wouldn’t exist in the event of Irish unity. By way of example, the £1.1bn the north is forced to pay towards it’s ‘share’ of the British military, exceeds the entire military spending of the Irish government. Irish unity saves money.

The Irish economy in recent years has been among the fastest growing on earth. Two recent reports by Professor Kurt Hübner of Vancouver University concluded that Irish unity would likely result in a sizeable boost in economic outcomes North and South. He concluded that Irish reunification could benefit the North by almost €18bn and the South by €5-6bn.

The economic case for Irish unity is evidence based and, in light of a stagnating British economy and a possible no-deal Brexit, is now crystal clear. Irish unity will reduce costs in the north and unleash the economic potential of the all-island economy within the European Union.