“Terence MacSwiney was a revolutionary leader who led by example with courage, determination, and absolute commitment to the Irish Republic.” - Martin Ferris

On Friday 26 July, republicans from across London gathered in the London Irish Centre, Camden, for the formal launch of the ‘Terence MacSwiney Commemoration Committee [London]’.

The Committee has been established to honour and celebrate the memory of Terence MacSwiney, the Sinn Féin Lord Mayor of Cork, who died in Brixton Prison on October 25 1920 after 74 days on hunger-strike.

The evening was addressed by guest speaker, Sinn Féin TD for Kerry, Martin Ferris who spoke about the lives of the 22 republican prisoners who died on hunger-strike throughout the struggle for Irish freedom and also about his own experience of hunger-strike for 47 days in 1977.

“…a funeral under a Rebel flag in the heart of the Empire.”

The legacy of MacSwiney’s death and its place in London’s history - and in particular the history of the Irish in London – served as a key motivation behind the establishment of a Commemoration Committee.

When MacSwiney’s body was released by prison authorities on October 27 1920, it was transferred to St George’s Cathedral in Southwalk to lie in state.

The following day, tens of thousands descended on Southwark. Many were Irish or of Irish extraction. Others were sympathetic to the MacSwiney’s plight having followed the much-publicised hunger-strike in the daily news updates. The leader of the British Labour Party, William Adamson, attended to pay his respects and the Trade Union movement was represented by J.H. Thomas. The Mayors of Fulham, Battersea, Camberwell, Southwalk and Stepney were also present for the occasion (the Mayor of Stepney being, future British Prime Minister, Clement Attlee).

In total, an estimated that 30,000 people were said to have filed past his coffin and a guard of honour was maintained throughout the day by relays of Irish Volunteers from Cork, Dublin - and the local London Battalion. 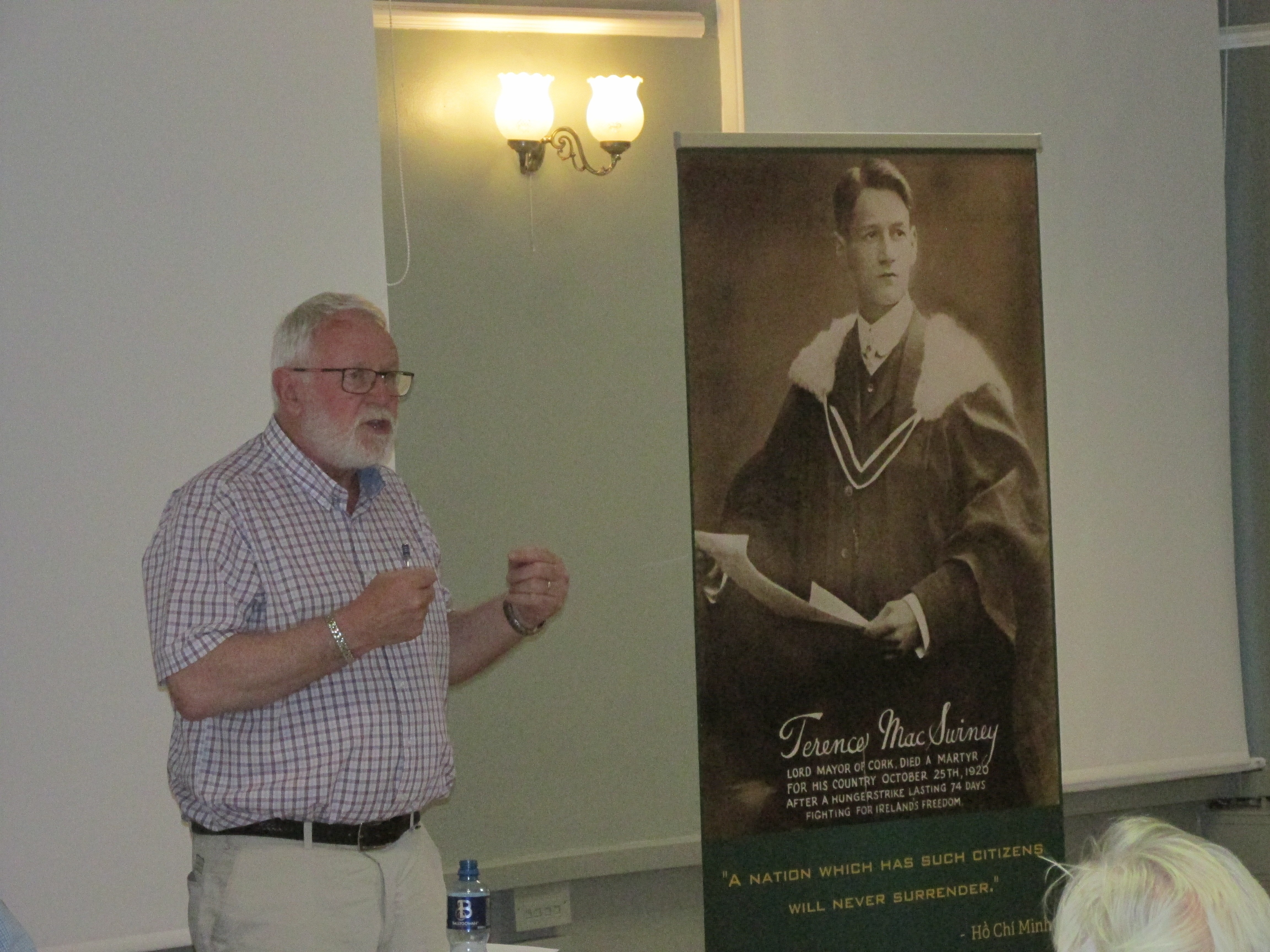 On October 29, a funeral procession took place from Southwalk Cathedral to Euston Station. The funeral cavalcade stretched for more than a mile and took over two hours to reach Euston. The cortege included Volunteers marching in ceremonial step, a pipe-band in kilted uniforms, and representatives from the first Dáil Éireann, the Cork Corporation, the Cork Harbour Board, the Dublin Corporation, and an array of Irish Associations from the length and breadth Britain.

The procession navigated its way through central London. Across Blackfriars Bridge, along the Embankment, up Norfolk Street, and across the Stand. The journey was seamless and without incident. Indeed, many of the policemen posted along the route wore black gloves for the day and some were even reported to have formally saluted the coffin as it passed by.

One London Paper later described the scene: “a funeral under a Rebel flag in the heart of the Empire.”

The Launch of the Terence MacSwiney Commemoration Committee

The funeral cortege of Terence MacSwiney through the streets of London left an indelible mark in the communal memory of the Irish in London. It was an event which was mirrored in 1974, when a requiem mass for the hunger-striker Michael Gaughan took place in Kilburn, north-west London, following his death as a result of force-feeding in Parkhurst Prison on the Isle of Wight. On that occasion an estimated 3,000 mourners lined the streets and marched behind his coffin.

Speaking on behalf of the members of the ‘Terence MacSwiney Commemoration Committee’, Frank Glynn outlined ambitious plans for a series of events throughout the upcoming year; events which will eventually culminate in a Centenary Commemoration in October 2020. He appealed for support and reiterated that the any support in this effort would be welcome.

Addressing the Launch Event, Martin Ferris said how privileged he felt to be invited to speak, saying: “Terence MacSwiney was a revolutionary leader who led by example with courage, determination, and absolute commitment to the Irish Republic.”

He continued, “In his death [MacSwiney] succeeded in criminalising the Empire that tried to criminalise him. He succeeded in motivating and inspiring Irishmen and women of his generation to confront injustices. He left that legacy for all of us here today to continue. I want to commend each and everyone of you who have put this Commemorative Committee in place in order to bring to life the memory of Terence MacSwiney and his comrades of that time.”

Sharing his own experience of hunger-strike, Martin said; “You put your body against the system and the establishment. You effectively sentence yourself to death, hoping for a reprieve.”

He explained of the efforts that were undertaken to break the strike; “Every single day for the first thirty days: lambchops, mash potatoes, boiled rice was put into the cell with you. Never saw it before that or afterwards either. That was put in the cell with you to try to break you.” He also spoke of the hardship that a hunger-strike places on prisoners’ families on the outside and paid tribute to the recently deceased Kevin McKenna who spent 44 days on hunger-strike in Portlaoise prison in 1975. 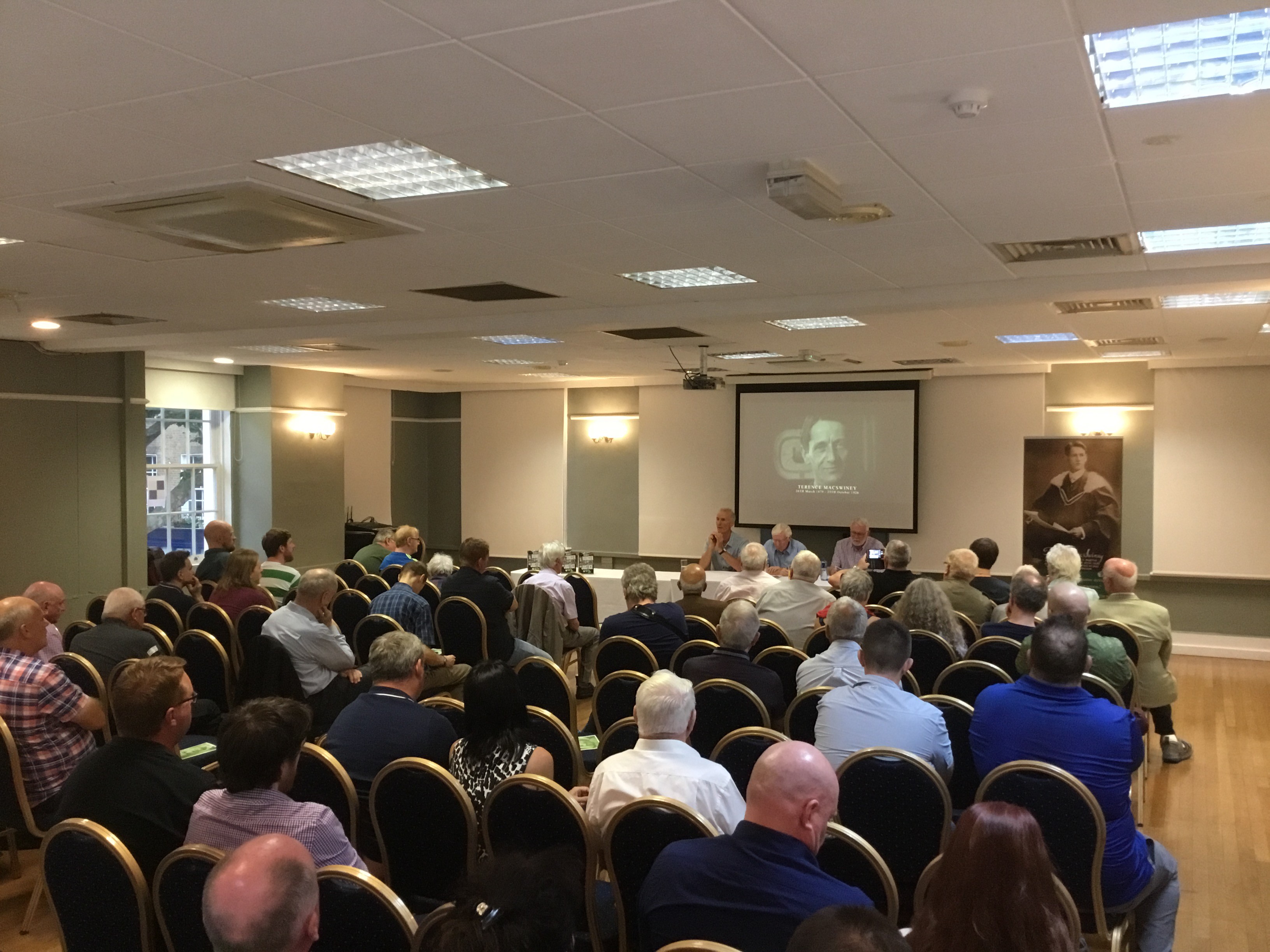 As well as Terence MacSwiney, Martin Ferris also spoke about the other 21 hunger-strike martyrs. He noted that whilst Thomas Ashe and Terence MacSwiney were well-known names - and everyone who lived through the deaths of Michael Gaughan, Frank Stagg, and the 10 H-Block hunger-strikers could never forget those men - there were in fact 8 republican prisoners who also died on hunger-strike who had gone largely forgotten to all except a few. He explained how a group of republicans in Kerry came together to record each of the lives of all 22 republican prisoners and that the product of this work was the book: ‘Ireland’s Hunger For Justice - The Story of our 22 Hunger Strike Martyrs’ [https://www.anceathrupoili.com/en/shop/irelands-hunger-for-justice-the-story-of-our-22-hunger-strike-martyrs/].

The 38th National Hunger-Strike Commemoration in Strabane, Co Tyrone, on Sunday 4th August. Assembling at 2:30pm at Diamond, Lifford, Co. Donegal before marching across the border to Strabane. Martina Anderson MEP will give this year’s main oration.