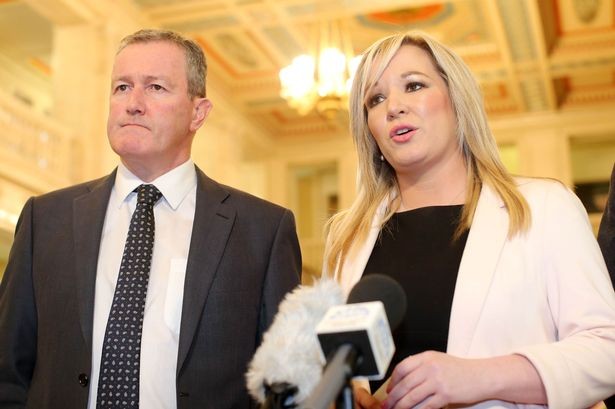 "What is required to end our political impasse and open the way to sustainable political progress is a fundamental change in British state policy towards Ireland."

British Secretaries of State in the North of Ireland are akin to snow on a ditch; they tend to appear and melt away.

Few, if any, ever stick in the popular consciousness.

The main function of British Secretaries of State in the north is to oversee British state policy in Ireland. 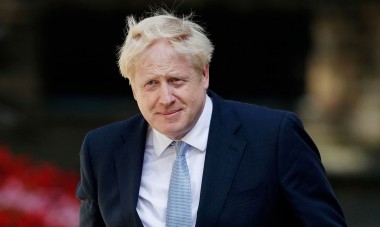 The characteristics of that policy during the course of direct rule in the north from 1972 have been adjusted according to decisions taken by both the Labour and Tory parties in government, including internment; the onset of Ulsterisation and Criminalisation; the 1980/’81 Hunger Strikes; and, reorganisation, rearming and direction of unionist death squads, particularly during the late 1980s and 1990s, under Thatcher’s war cabinet.

Throughout, powerful sections of the British security and military establishment, which directed Britain’s dirty war in Ireland, have continued to exert significant influence over British state policy.

Those who were always hostile to the Irish peace process within the British Ministry of Defence and security services in Whitehall are still politically and psychologically at war: That, in large part, explains the momentum behind the current ‘Soldier F’ campaign, and the demand to provide legal immunity from prosecution for murderers within British state forces.

Since the election of the Tory-led coalition government in Britain a policy of negative political mismanagement and aggressive pro-unionism has been adopted towards the north.

In that period, and to date, there have been five appointed British Secretaries of State, including the most recent, Julian Smith, as a result of Boris Johnson’s cabinet reshuffle. 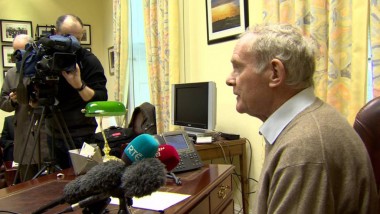 After Martin McGuinness’ resignation in January 2017 and subsequent collapse of the political institutions a series of phases of talks ensued.

The second phase of talks was suspended due to the announcement of a British general election by Theresa May in April.

However, the succeeding third phase was delayed and frustrated for seventeen days after the election itself on 8thJune because the DUP began a negotiation in London on agreeing a political pact with the Tory party.

When the DUP reengaged towards the end of June, that party’s intransigence towards meaningfully addressing the political crisis was emboldened due to their pact with the Tories.

Both the DUP and Tories based their pact upon support for Brexit, austerity, refusal to address legacy issues, and continued hostility for the equality, rights, parity of esteem and mutual respect principles of the Good Friday Agreement (GFA). 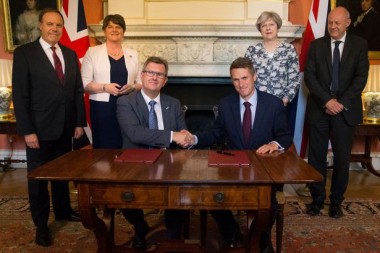 The DUP had no incentive to compromise on their opposition to a rights-based restoration of power-sharing. And even when an accommodation was agreed with the DUP leadership to re-establish the political institutions in February 2018 the DUP, within days, reneged on the terms of the agreement with British government acquiescence.

Fast forward to 2019 and the current and latest round of British and Irish government sponsored talks at Stormont.

To date there has been precious little positive outcome.

In fact the talks were effectively parked for two weeks over the 11/12th July Orange marching season, despite objections from Sinn Féin and some of the other parties.

The two governments then announced a hothouse phase or intensification of talks commencing 16th July.

Both British and Irish government officials spoke about a deal being done to restore the political institutions before the election of Boris Johnson as Tory Party leader, and his appointment as British Prime Minister yesterday, 24th July.

And therein lies the rub; because despite the Sinn Féin leadership and negotiation team’s willingness and resolve to positively engage, the DUP’s entire focus has been in Westminster negotiating the latest iteration of its pact with Boris Johnson and the Tory Party, and therefore by extension with the British government itself. 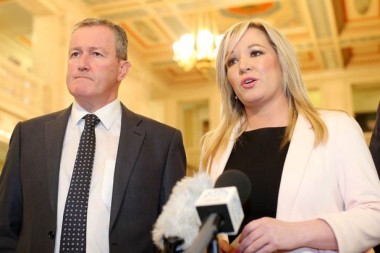 So, Julian Smith will arrive in the north as the new British Secretary of State, compromised not only by the hostile, right wing unionist position of the Boris Johnson cabinet, but also by the new version of the DUP’s pact with the Tories.

Just as in June 2017 that reality carries huge implications for the political process, and any possibility of a genuine, good faith approach for talks to resolve the denial of Acht Gaeilge; marriage equality; women’s health; and, legacy justice rights; as well as enactment of the Bill of Rights. All of these are rights-based positions agreed by the majority of political parties and civic society in the north.

If the new British government is to properly meet its obligations under the Good Friday Agreement, it is duty bound to act with ‘rigorous impartiality’.

The Irish government has a responsibility to hold the British to those commitments.

The Tory government since 2010 has turned the north into a political and economic backwater.

Its entire policy orientation, reckless adherence to Brexit at all costs, and toxic pact with the DUP since 2017 have undermined the entire basis of the Good Friday Agreement.

That is the fundamental reason why the political institutions have remained collapsed for over two years, and why talks to seek their restoration have successively failed.

Karen Bradley has gone from here.

In time, so too will Julian Smith.

What is required to end our political impasse and open the way to sustainable political progress is a fundamental change in British state policy towards Ireland.