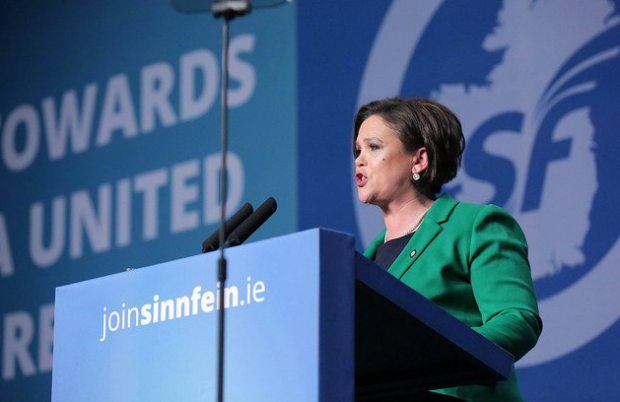 As the Dáil rises for the summer, it is timely to reflect on the political year that was.

We, in Sinn Féin, have been through a tough election and with that came analysis and reflection. It is human nature to take time, to heal and to ask tough questions of ourselves.

But it is too easy to forget and to gloss over the very many achievements that Team Sinn Féin has made over the course of the political year.

We now face into the summer and a busy political term ahead. Sinn Féin TDs and Senators are clear in their roles as they strategise, plan and take stock of their respective portfolios.

It is only right to take this time, look back, and remind ourselves what real, effective opposition looks like.

Brexit and the threat of a no-deal crash loomed large over the political year. When Sinn Féin proposed a special designated status for the north of Ireland within the EU, it was dismissed as a pipe dream by commentators and other parties. It is now the policy of the EU and Irish Government and incorporated into the Brexit Withdrawal Agreement and the backstop.

We are on the road to the reunification of our country. This was a year of conversations, of planning and vision. It was a year when increasing numbers of people, north and south, sat up and said that unity is not an aspiration but an achievable goal for this generation of republicans.

This was a year of talking, of Sinn Féin negotiators in the north working to reach an agreement that would ensure working institutions based on respect and equality.

This was the year homelessness breached ten thousand; we heard harrowing stories of families sleeping in Garda stations and childhoods lost in B&Bs and family hubs. Sinn Féin joined Raise the Roof in pressing for a constitutional right to housing and in tabling a myriad legislation and motions to provide a real alternative to the government’s housing chaos.

This was a year of wasteful spending, of the National Children’s Hospital and Broadband overspending scandals.

It was the year of waiting lists, of delayed surgery for children with scoliosis, women with gynaecological problems, children with delayed diagnoses of mental health conditions and record numbers of people left waiting on trolleys in A&Es.

It was a year that again exposed the confidence and supply agreement between Fianna Fáil and Fine Geal as the grubby deal that it is and for which we all pay the cost.

But despite that, while Sinn Féin activists worked tirelessly on the ground and in communities, Sinn Féin TDs and Senators provided opposition that was effective, radical and a real alternative to establishment politics.

Here is just a small snapshot of that work:

Published Bill to deal with the problem of scramblers in communities

Submission to Commission on future of policing

Budgeting for women in a new Ireland – policy paper published

Effective opposition in the Dáil and Seanad

Passed a motion to scrap the JobPath scheme

Contributed to Report of the Future of Mental Health Committee

Successfully amended motion in Dáil to call on government to: Install a new Director of Mental Health in the HSE, develop an information system for mental health services, provide a legal right to a care plan, publish a costed implementation plan for the provision of 24/7 adult and child services, commit to no freeze on recruitment or overtime for essential staff as well as advancing patients’ rights through health care directives and a new Mental Health Act