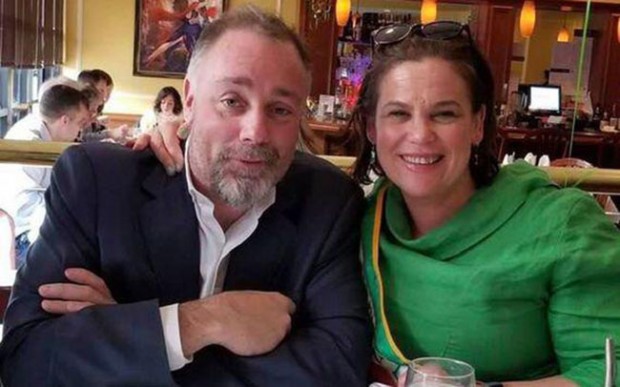 We learnt with great sadness of the sudden death of Cormach Murrihy in New York.

“Our deepest sympathies to Cormach’s wife Vivienne, his son Cian and daughter Caoimhe , his mother Margaret and his brother Ciaran and to his many many friends in America and Ireland.

“The news of Cormach Murrihy's sudden and untimely death has shocked and saddened his family and friends and the Irish American community in New York.”

Cormach was an active supporter of Friends of Sinn Fein and believed passionately in the reunification of Ireland.

He said recently: “it is what motivates me to help the fundraising efforts through Friends of Sinn Fein. I firmly believe that unity is the best future for Ireland and that it is achievable and essential for all the people of Ireland.”

Cormach was a pivotal figure in the building of the Rockland County GAA ground and clubhouse and hosted a visit there by former Sinn Fein president Gerry Adams in July 2017 who said that Cormach will be sadly missed and remembered always with deep affection and gratitude.