We need to talk about Climate Justice - Lynn Boylan MEP 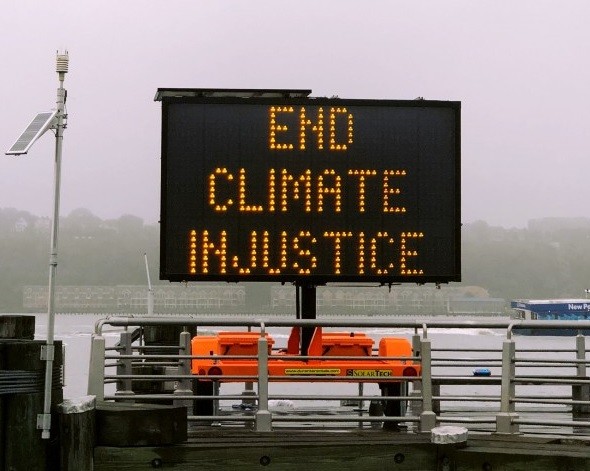 Climate justice is about ensuring that communities are empowered, not debilitated, by action on climate change. - Lynn Boylan MEP

The ‘Fridays for Future’ movement has succeeded in putting the issue of climate change to the top of the political agenda and the recent declaration of the Dáil to declare a climate emergency is a welcome initiative. However, this will amount to nothing if we pursue solutions to climate change that are not rooted in the principle of social justice and equality.

The most publicised initiative announced by the government thus far is to increase the level of Carbon Tax on fuel over the coming years. This is a fundamentally unfair approach, because unless you put in place measures to give families alternatives to fossil fuel use, a Carbon Tax is merely a punitive tax increase and will hit struggling families and ordinary people hardest. It will not reduce emissions, but will merely increase your fuel costs. That is the wrong approach.

Families at the moment are pinned to their collars trying to afford basic necessities and what we have here is a government saying they’re going to have ordinary families pay for the pollution of big corporate polluters. That is grossly unfair and should be actively opposed.

Corporate airlines, for example, do not pay pollution tax and holding large multinational corporations like this to account for their pollution would be a welcome first step in the right direction. We also need to discuss the idea of a wealth tax for wealthy individuals and corporations. A wealth tax along this line could be ring-fenced to invest in public transport, invest in retrofitting homes and building green infrastructure across the country. That would be a real solution.

Climate change needs to be tackled in a progressive way that combines social justice and fairness with the obvious environmental needs. Climate justice is key. That means acknowledging that those who contribute the least to climate change are the ones who suffer its gravest consequences and the burden of tackling climate change must be distributed proportionately.

Climate justice is about ensuring that communities are empowered, not debilitated, by action on climate change. It’s about viewing climate action as a step towards a brighter future that provides for better access to renewable energy and public transport; that is rooted in the development of sustainable cities and makes rural living better; that provides better access to clean air and water, healthy and better food and better lifestyles.

The Mary Robinson Foundation for Climate Justice has done great work in examining and elaborating on the principles of climate justice. Some of the main principles include:

- Sharing the benefits and burdens of climate change equitably;

- Highlighting gender equality and equity; and

Increasing Carbon Taxes distributes the burden of climate change unfairly and assumes that ordinary people have the ability to ‘change their lifestyles’ overnight. It fails the test when applied to the principles of climate justice and fails to tackle the structural causes of the fossil fuel lock-in. It discriminates against less well-off households, people living in rural areas and the peripheries and people with less access to resources. It allows the rich to use their privilege to ‘change their behaviour’ and punishes ordinary people.

Climate justice teaches us that climate action needs to be about investment - not austerity - and decarbonisation needs to be solidly a responsibility of elected governments, setting goal-based measures for big polluters.