International law must be observed. The democratic and human rights of all Venezuelan citizens should be protected. Outside interference with the democratic sovereignty of the country will only cause further destabilisation.

For over one hundred years political and economic events in Latin America have been intertwined with the foreign policy objectives and interests of successive United States (US) administrations, and the influence of wider geo-political factors, such as the cold war.

In 1823 President James Monroe made a unilateral declaration to the US Congress that America would not interfere in European affairs, and that any European attempt to colonise a nation in the Western hemisphere would be viewed as an act of aggression against the US.

As a result, the Monroe Doctrine was born. 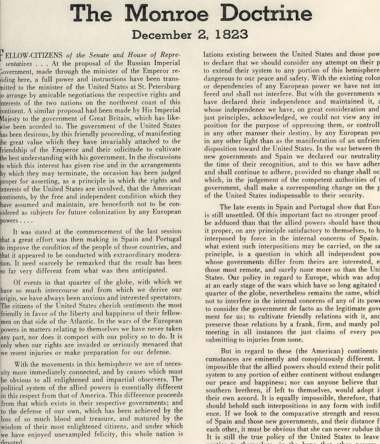 America’s naval and military significance grew throughout the 19th century as its economic, industrial and maritime power increased.

In 1904 President Theodore Roosevelt expanded the remit of the doctrine with the corollary that the US could exercise the role of ‘international police power’ throughout the Americas.

By the 1930’s the US had annexed Puerto Rico, occupied Cuba, and encouraged a rebellion in Panama after the proposal for the inter-oceanic canal was rejected.

During the cold war the Monroe Doctrine assumed even greater importance as America’s justification for protecting its interests in the Latin America and the Caribbean region.

In 1962 President John F Kennedy referenced the Monroe Doctrine to justify introducing the US economic blockade against Cuba. 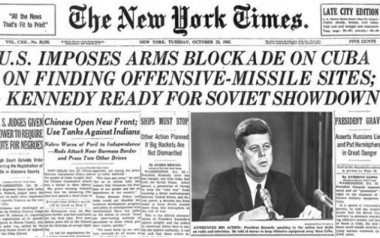 The doctrine has been used to legitimise US involvement in at least 18 attempts at regime change in Latin America since 1945, including Guatemala, Cuba, Chile, and Grenada; as well as direct military support for right wing forces during the political conflicts in Bolivia, El Salvador and Nicaragua, and elsewhere, during the 1960’s, 1970’s and 1980’s.

Today the Monroe Doctrine continues to permeate US foreign policy and influence the thinking of the most hawkish elements of the US military and political establishment.

The context of today’s growing internal political instability in Venezuela is directly linked to what has been described as a radicalisation of US foreign policy, resulting in deeper polarisation and tension in Venezuela itself, and more generally across Latin America and the Caribbean.

The immediate catalyst for the most recent instability in Venezuela has been the election of Nicolas Maduro as President in May 2018, followed by his inauguration in January this year.

However, the current US led efforts to isolate this Venezuelan government within the continent and internationally did not begin with President Maduro’s election or inauguration.

This political hostility stems back to the election of President Hugo Chavez in December 1998. 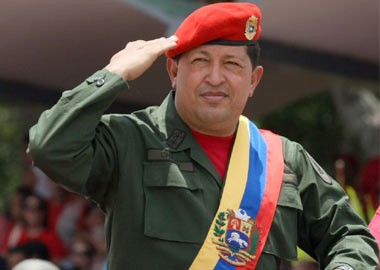 But in more recent years political divisions within Venezuela have also intensified.

In 2015 opposition political parties won the Assembly elections and since then have been in dispute with the Country’s Supreme court due to allegations that under their influence the Assembly acted at variance with the authority of the constitution.

A drift towards serious physical conflict was arrested with elections to the new Citizens National Assembly in 2017.

Moderate sections of the political opposition which had continued to participate in the democratic process recognise the legitimacy of the Maduro government. Others within the opposition which boycotted the Presidential elections in May 2018 now claim the result was rigged and that Nicolas Maduro has no democratic mandate.

This position was most sharply brought into focus with Juan Guaido’s self-proclamation as Venezuelan President on 23 January.

The US immediately endorsed Guaido and demanded that Nicolas Maduro resign.

Not since Fidel Castro’s early years in power has a Latin American head of State been so relentlessly demonised, and yet Venezuela is a functioning multi party state. 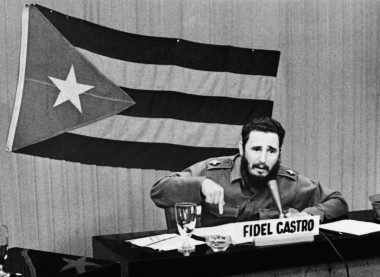 In recent times the US has imposed new punitive sanctions on the Venezuelan oil industry, and refused to rule out military intervention unless its demands are met.

Before the current crisis ground breaking social achievements were implemented by the Venezuelan administrations under Presidents Chavez and Maduro, including extensive programmes to significantly reduce unemployment, expand free healthcare and education, and introduce an impressive house building programme.

In the last six years Venezuela’s ‘Great Housing Mission’ has succeeded in building 2.5 million new homes, with an overall target of 5 million by 2025. Each home is owned by the tenant: the poorest applicants receive a 100% subsidy on their mortgage, while those on twice the minimum wage have a 50% subsidy. Banks have also been required to underpin the housing programme by allocating 20% of their funds for mortgages arrangements.

Now the country is gripped by a combined political and economic crisis.

At its crux is America’s desire for regime change in Venezuela because of the continued existence of a Chavismo government which conflicts with current US foreign policy objectives in Latin America; and crucially, the issue of strategic control over Venezuelan oil reserves and revenues.

Earlier this year John Bolton, US National Security Advisor, was reported as having told Fox News that;

‘It will make a big difference to the US economically if we could have American oil companies really invest in and produce oil capabilities in Venezuela.’

US political hostility towards Venezuela has had negative repercussions for the economy. These began with the introduction of trade restrictions in 2006; the subsequent imposition of international economic sanctions, and then the withdrawal of multinational corporate investments.

The new oil embargo is currently costing the Venezuelan economy $30 million a day.

A prohibition on corporations under US jurisdiction from purchasing oil from PDVSA, Venezuela’s state oil company, is denying PDVSA $11 billion in revenues during 2019.

In addition, the assets of Houston based PDVSA subsidiary, CITGO, with a value of $7 billion, have been frozen in the US.

Prior to this most recent escalation, US financial sanctions have already cost the Venezuelan government over $6 billion in lost revenue since August 2017.

Moreover, the British government has blocked the transfer of £1.2 billion of Venezuelan gold deposits in the Bank of England.

Venezuela is now entering its sixth year of economic contraction.

These severe economic and financial sanctions are having a devastating effect upon the economic crisis which faces hyperinflation, collapsing oil prices, a black market economy, and corruption.

Since the beginning of March, electricity blackouts and water shortages have caused new hardships. It is widely suspected this happened due to a targeted cyber-attack on the country’s main electricity generator; aimed at inciting popular outrage as part of a destabilisation strategy against Maduro’s government.

However, suspicions that these are the result of opposition subversion do not detract from the additional human misery being created.

At the same time as the economic situation in the country deteriorates and political instability has deepened, the US has proposed a humanitarian aid programme.

This plan is being coordinated by Juan Guaido.

The Venezuelan government has refused USAID personnel access to the country claiming the aid programme is a cover for foreign intervention to topple Nicolas Maduro.

‘Humanitarian action needs to be independent of political, military, or other objectives.’

Former UN rapporteur Alfred Maunier de Zayas told Al Jazeera that it was justifiable to describe the US aid as a publicity stunt.

He described this aid as a potential Trojan horse comparable to how it was used in Nicaragua in the 1980’s to import contraband and weapons to support the Contras. He said that because the US is the cause of the crisis it is inevitable Maduro will refuse US aid, but accept it from other countries.

‘Things will improve (in Venezuela) the moment financial and economic sanctions are lifted, and the moment Venezuela is allowed to trade fairly like other countries.’

The reality is this crisis in Venezuela is fast approaching a tipping point.

That should be a cause of grave concern for the international community.

Domestic political divisions, disagreements and instability within Venezuela should be resolved through proper dialogue and negotiation.

Positive calls have been made for dialogue between all sides by the UN.

The Mexican, Uruguayan and Bolivian governments have offered to facilitate a negotiated process, without preconditions, between the government and opposition.

The rest of the international community also has a duty to act responsibly.

International law must be observed.

The democratic and human rights of all Venezuelan citizens should be protected.

Outside interference with the democratic sovereignty of the country will only cause further destabilisation.

The UN and those committed to international laws and conventions must oppose any attempts at orchestrating anti-democratic activity or violence in Venezuela by outside forces.

The entire international community needs to be working together to help the people of Venezuela, and not make the situation worse.

However, as events continue to unfold there is a real danger that a negative historical pattern will be replayed once more in Latin America, mirroring foreign interventions which previously led to coups in countries such as Guatemala, Chile, and Haiti.

The balance of political forces across Latin America has changed in recent years. 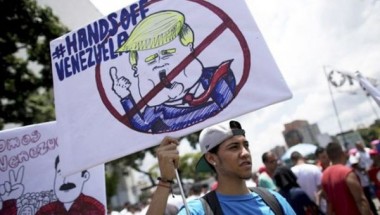 A new disturbing twist occurred last Monday when Venezuela’s diplomatic premises were seized in Washington and New York. This is in conflict with observance of the Vienna Convention on Diplomatic Relations, which makes inviolable the premises of foreign missions.

There is a real danger that the current Venezuelan crisis; the sudden eruption of political instability and violence in Nicaragua in April 2018, after twelve years of political stability and economic growth; and, the latest intensification of the economic blockade against Cuba under Title 111 of the Helms-Burton Act; are in fact proxies for a concerted strategy aimed at destabilising progressive countries across the region, which do not conform with the prevailing Washington consensus.

These developments seem to dovetail with bellicose White House public commentary in February which spoke explicitly about the need for regime change not only in Venezuela, but also Nicaragua, and Cuba.

In a telling insight to the ideological motivation for interference in Venezuela, US President Trump has declared that the “twilight hour of socialism has arrived in our hemisphere”.

He also added: “Socialism is a sad and discredited ideology rooted in the total ignorance of history and human nature”.

The concept of foreign intervention and regime change in Latin America and the Caribbean is in absolute violation of multilateralism, and the rules and conventions which are needed to maintain global peace, stability and solidarity in the modern world. 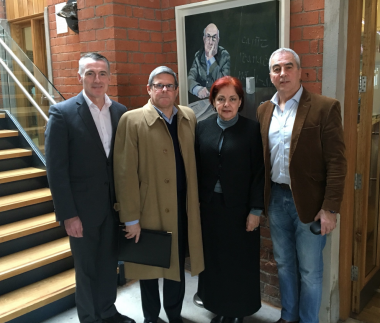 The doctrine which really needs to be promoted in Latin America in 21st Century is one of peaceful coexistence, political respect and civilised cooperation.

The alternative is too disastrous for the people of the region and wider international community to even contemplate.