Time to end the stalling on Casement – Paul Maskey MP 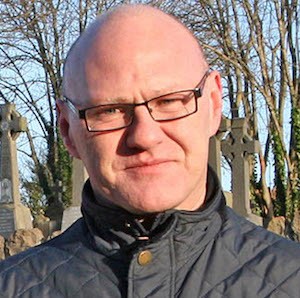 “A brand new redeveloped Casement Park has the potential to be one of the jewels in the crown of Irish sport. The plans submitted by the GAA are iconic and exciting. We cannot allow them to be derailed or delayed any further”

A decade on from the announcement of a new provincial GAA HQ at Casement Park in West Belfast, it is time for meaningful progress to finally be made.

It is the missing piece of the stadia redevelopment scheme that has already seen multi-million transformations take place at Ravenhill and Windsor Park.

The vast GAA community in the North are entitled to see their sport invested in also. They want and deserve state-of-art facilities that will be a hub of Gaelic Games in Ulster.

And the people of West Belfast want to finally see movement on what will be a hugely important project, bringing a positive dividend to the people in the area providing opportunities for residents and businesses in terms of investment and job creation opportunities.

We have a right to expect this because Casement was a priority project for the last Executive and was included in the Programme for Government as such.

An expectation was created and this must be delivered on by the Department for Infrastructure.

Of course, the projected costs have increased in the intervening period. It has been in abeyance for ten years and higher costs are inescapable given the passage of so much time.

But that cannot be allowed to delay the project any further. The major issues have now been resolved. The Safety Technical Group has backed the spectator safety procedures. A new planning application for a 34,000 capacity stadium was submitted in 2017 and the Ulster Council of the GAA has reiterated its absolute commitment to the project.

We have at all times sought to work closely with local residents concerned about the impact of the redevelopment. That will continue to be the case and the hope is that the majority of those concerns have now been resolved by the revised plans.

Ten years on, it is time to end the stalling. This project is already far too long overdue. Gaels and the people of West Belfast deserve so much better than the current derelict site.

A new and vibrant Casement Park will benefit everyone in the community including sports fans, residents and businesses.

This is a landmark project. It will greatly enhance the regeneration of the West Belfast area and will be a first-class stadium for Gaelic games in Ulster.

It needs to happen and Sinn Féin has worked tirelessly with all the stakeholders over the last ten years to make it happen.

We will continue to do so as the project now enters a crucial stage.

A brand new redeveloped Casement Park has the potential to be one of the jewels in the crown of Irish sport. The plans submitted by the GAA are iconic and exciting. We cannot allow them to be derailed or delayed any further.

As MP for West Belfast, I can state that I remain absolutely determined to see the final part of the stadium jigsaw completed and will do all in my power to bring about the realisation of a new and modern fit-for-purpose Casement Park built in the heart of West Belfast.