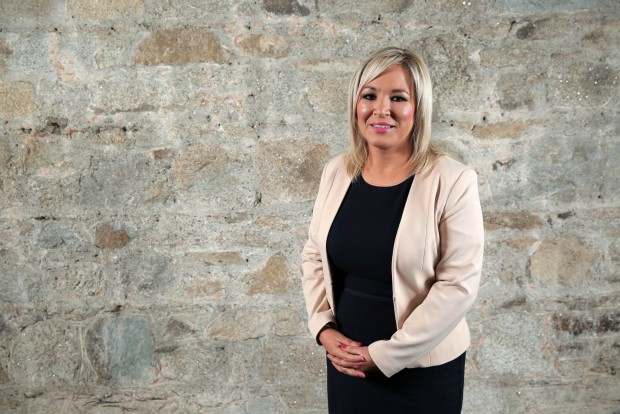 "Sinn Féin has made it clear to the British Government that, in the case of a crash-out, it is absolutely incumbent on them to put the constitutional future to the people here through a unity referendum."

Amidst all the chaos of the Brexit circus, there remains one constant – the need to protect the interests of the Irish people. This has been the central driver of Sinn Fein’s approach since we started to campaign for the North to have ‘Special Status’ within the EU.

The majority of people here voted to reject Brexit. They did so because they knew it would devastate the wider economy, strip away their benefits and rights, and undermine the Good Friday Agreement.

Giving effect to that remain vote has driven the diplomatic offensive Sinn Féin launched in the immediate aftermath of the European referendum. Through intensive lobbying in Brussels, Strasbourg, Dublin and London, we along with others, built wide and powerful support for this unique solution to the problems Brexit poses to the island of Ireland.

The EU27 demonstrated a level of understanding of our peace process that was entirely absent in the lies and fake news of the British referendum campaign. To their credit, the EU27 and their negotiators prioritised the avoidance of a hard border and the protection of the Good Friday Agreement.

The unity of purpose in Ireland and across Europe forced Theresa May, reluctantly and belatedly, to accept the Backstop in the Withdrawal Agreement.

That agreement is not perfect, but is the least worst option available.

While the Brexiteers celebrated their rejection of it in Westminster, there is little cheer for ordinary people, for businesses and farmers who are aghast at the no-deal catastrophe the DUP and their allies are intent on inflicting.

The Brexiteers and the DUP are in denial. Their demands are delusional. They are political fantasists who dream of a return to the bygone days of British power and domination.

Those days, and the obscenity of British Empire, are gone forever. And they cannot wish away economic and political realities any more than Arlene Foster can ignore the hard borders of the past.

Leaving the Customs Union and Single Market is incompatible with protecting the Good Friday Agreement, unless there is a backstop to avoid a hard British border in Ireland.

They have nothing to offer other than political chaos and turmoil.

In the context of a British parliament again acting wilfully against the wishes and interests of the Irish people, Sinn Féin will continue to intensify our political and diplomatic efforts with the other anti-Brexit Assembly parties, to ensure the backstop and Ireland’s interests remain centre stage.

We will continue to put pressure on the Irish government to act resolutely in the interests of Irish citizens, north and south.

We will continue to lobby European leaders to protect our economy, our communities and to represent the views of the majority Remain vote here.

The progress we have made over the past two decades cannot be sacrificed. There can be no return to the borders of the past. No mortgaging of our future or sacrificing of our economic interests. The Irish government and the EU27 must stand firm.

But if the hard-Brexiteer DUP alliance does succeed in forcing us over a no-deal cliff edge the immediate next step is obvious.

The EU has said in the event of reunification the whole of Ireland will automatically be subsumed back into the EU.

The debate on our constitutional future is as much about our relationship with Europe as it is about Ireland itself.

The Good Friday Agreement provides a peaceful democratic pathway to Irish Unity which has taken on a new dynamic because of Brexit.

Brexit once again demonstrates the failure of partition, further exposing the gaping democratic deficit in a partitioned Ireland.

Sinn Féin has made it clear to the British Government that, in the case of a crash-out, it is absolutely incumbent on them to put the constitutional future to the people here through a unity referendum.

Beyond Brexit, demographics are changing and so too is the political landscape.

This cannot be ignored.

A unity referendum will be held.

The political momentum on change is moving in that direction.