Rally calls for release of Abdullah Ocalan and Leyla Guven 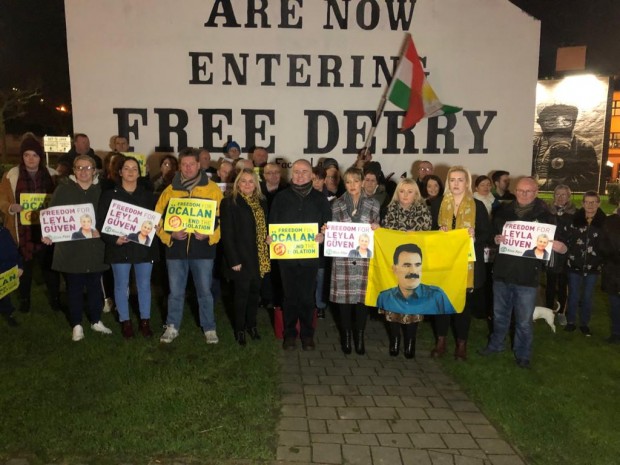 "The Kurdish people want the international community to back their demand to end the isolation. They believe the end of isolation will assist and advance their peace process. " - Martina Anderson MEP

More than 100 republicans gathered in Derry last night to demand the release of imprisoned Kurdish political leader Abdullah Ocalan and Kurdish MP Leyla Guven, who is currently on hunger strike in a Turkish prison.

The solidarity protest was held at Free Derry Corner in Derry's Bogside and was organised by Ógra Shinn Féin.

It was chaired by local Sinn Féin representative Hayleigh Fleming and the main speaker at the event was Sinn Féin MEP, Martina Anderson.

Kurdish leader Abdullah Ocalan has been imprisoned since 1999 and has been held in isolation on the Imrali prison island where he has been denied access to legal representation since 2011.

Leyla Guven, a Kurdish MP, was detained last year after protesting against the Turkish invasion of Afrin and the continued detention of Abdullah Ocalan and has been on hunger strike since November 8. Her health has now deteriorated significantly and is now in a life threatening condition.

Martina Anderson last week met with the family of Leyla Guven, as well as her legal representatives, but was denied access to the prison in Diyarbakir where she is being held.

Addressing the protest last night, the Sinn Féin MEP called on the international community to demand the release of Abdullah Ocalan and Leyla Guven.

"The Kurdish people want the international community to back their demand to end the isolation. They believe the end of isolation will assist and advance their peace process.

"As we stand here tonight and look towards the H-Block monument it is important that we remember Leyla Guven and all the other Kurdish hunger strikers. Their resolve and determination is just as strong as Bobby Sands' and Raymond McCartney's was at that time. 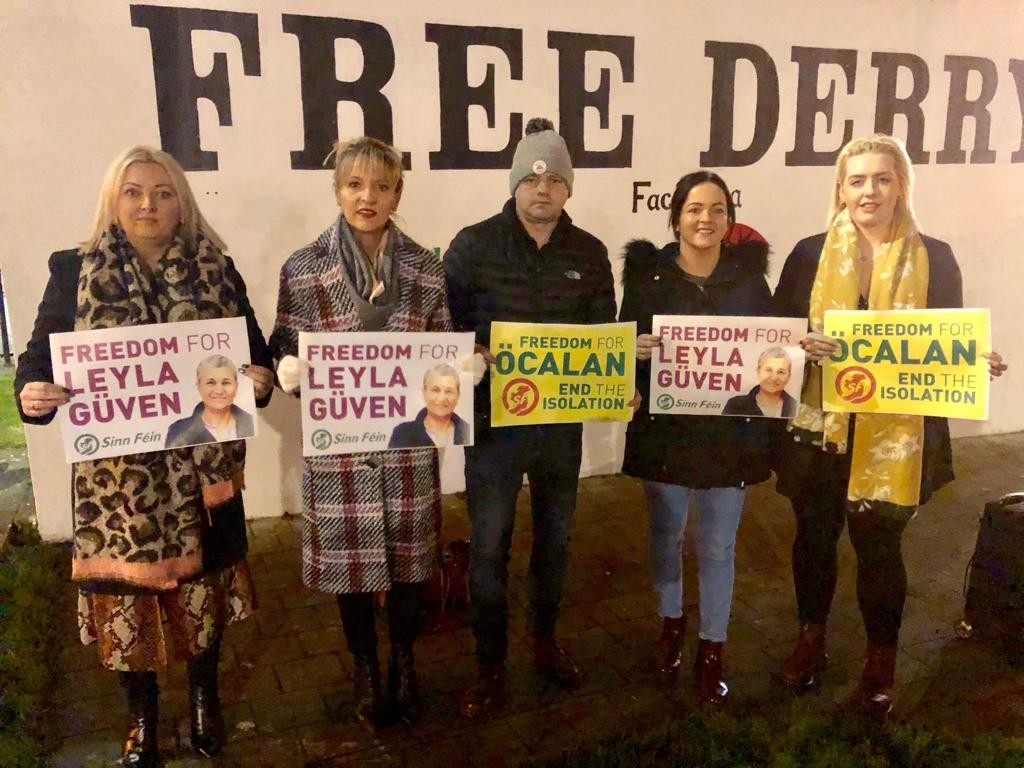 "They want the international community to understand what is happening in Kurdistan.

"It is important that we as republicans all get behind the Kurdish struggle. We have raised awareness in Leinster House and in the European Parliament in Strasbourg.

"The international community now must bring pressure to bear to demand the release of Abdullah Ocalan, Leyla Guven and all Kurdish political prisoners," she said.

"It is important we extend our solidarity to international struggles throughout the world just as they stood with us in 1981 during the hunger strikes in the H-Blocks.