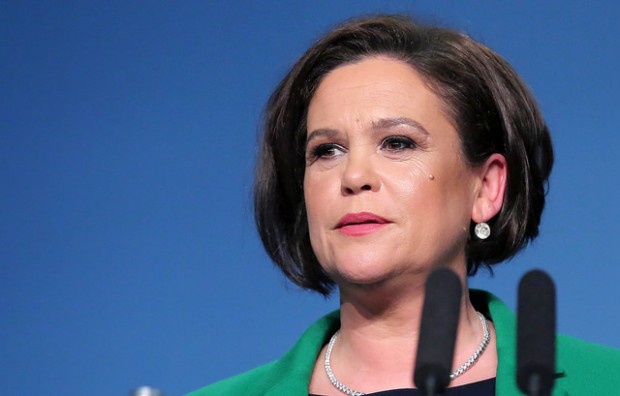 “Such a significant and dramatic Irish foreign policy decision should be dictated by an Irish security analysis. In this case, a decision has been based on information from a foreign security intelligence service, which is an unprecedented step." - Mary Lou Mc Donald TD

The Taoiseach has agreed to brief members of the opposition parties in the Dáil, after Sinn Féin Leader Mary Lou McDonald TD called upon him to provide evidence to underpin the decision to expel a Russian diplomat.

This afternoon it was announced by the Irish government that one Russian diplomat is to be expelled over the recent nerve agent attack in Salisbury.

During Leaders’ Questions this afternoon, Deputy McDonald agreed with the Tánaiste’s statement that the use of chemical weapons in any circumstances is “completely unacceptable”, and that national security does need to be protected.

The Dublin Central TD also agreed that the sanctions placed on Russia would be sufficient provided that the country was proven to be behind the attack – but Deputy McDonald stressed the need for an explanation regarding this decision.

Deputy McDonald said: “The expulsion of Russian diplomats from Ireland operating as Russian intelligence officers is a more than suitable action to be pursued, if they are behind the attack in England on Sergei and Yulia Skripal.

“In fact, regardless of this particular attack, diplomats of any country acting as spies should be expelled - from any State. We do however; need to see the evidence underpinning this decision.

Last week in the Dáil, there was a discussion prior to the European Council during which the Taoiseach failed to mention anything about a review of the Russian Embassy’s work in Dublin. Under 24 hours later, Leo Varadkar went on to freely announce a review of the situation to the media in Brussels

The Sinn Féin Leader criticised Leo Varadkar’s decision to make such a huge policy shift under the guidance of the British Foreign Minister, Boris Johnson.

Mary Lou Mc Donald TD said: “Such a significant and dramatic Irish foreign policy decision should be dictated by an Irish security analysis. In this case, a decision has been based on information from a foreign security intelligence service, which is an unprecedented step.

“Essentially, we are being asked to trust Boris Johnson. Dare I say that this might not be the best course of action? This move shows a flagrant disregard for Irish neutrality.”

Ireland has become the 25th country to expel a Russian Diplomat since Britain first said that it was “highly likely” that Russia was behind the nerve agent attack. Without any solid evidence being produced, Mary Lou McDonald questioned the validity of Britain’s claims.

Deputy McDonald said: “We cannot allow decisions for this government to be based on an assessment by British intelligence, who let’s face it, do not have a good track record when it comes to Ireland.

“I would urge you to meet with the representatives of the political parties in the Dáil and explain what has led to this shift in policy.”

In his response, the Taoiseach agreed to facilitate a meeting between party leader’s, or their spokespersons for Foreign Affairs, and the Tánaiste at some point today.