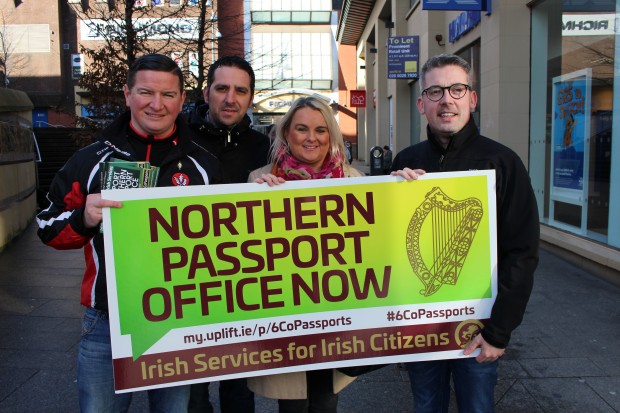 “The message is clear from Derry and I have no doubt this will be replicated across the six counties, that we as Irish citizens deserve access to Irish services and now is the time for the Irish government to deliver these fundamental rights." - Seanadóir Niall Ó Donnghaile

Hundreds of people signed an online petition in Derry yesterday calling on the Irish government to open an Irish Passport Office in the north.

The campaign, launched by Seanadóir Niall Ó Donnghaile has already attracted over 7,500 signatures from citizens across Ireland.

Speaking in Derry, Seanadóir Ó Donnghaile called on An Taoiseach Leo Varadkar to uphold his public commitment that he will never again “abandon” citizens in the north.

He said: “Last year, over 80’000 people living in the Six Counties made an application for an Irish passport. This is a significant increase from figures released in 2015, the year before Brexit, which saw 53,715 people in the north apply for Irish passports.

“This demonstrates a clear need for a passport office to be located here in the north, not only to meet ever increasing demand, but also to enhance service provision,” he said.

Almost one-half of the applications received in 2017 were from people applying for an Irish passport for the first-time.

The demand for Irish passports has increased in Britain and the north as a result of the June 2016 Brexit Referendum as the 26 Counties will remain within the European Union.

Seanadóir Ó Donnghaile said: “This is a strong indicator that many people living in the north, Britain and Europe that have Irish connections are looking for Irish passports in order to safeguard their position with for the future in a post-Brexit scenario, this also includes our unionist and loyalist neighbours.

“This is not surprising when we consider the detrimental impact Brexit is having on Ireland and Irish people who wish to reaffirm and retain their Irish and EU citizenship,” he continued.

The northern Seanadóir said that this project would provide a better service delivery to people living along the border regions in places such as Donegal, Sligo, Cavan and Dundalk.

“This is about practical investment, service delivery and practical infrastructural development from the government for citizens who live along the border corridor, particularly those here in the north west.

“The message is clear from Derry and I have no doubt this will be replicated across the six counties, that we as Irish citizens deserve access to Irish services and now is the time for the Irish government to deliver these fundamental rights,” he concluded.

The online petition can be signed online by the following the link: https://my.uplift.ie/petitions/6-county-passport-office 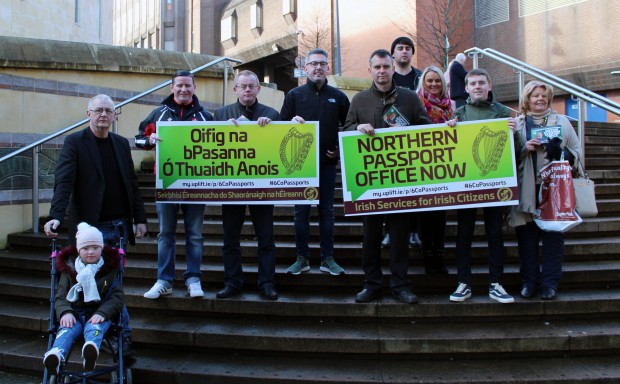