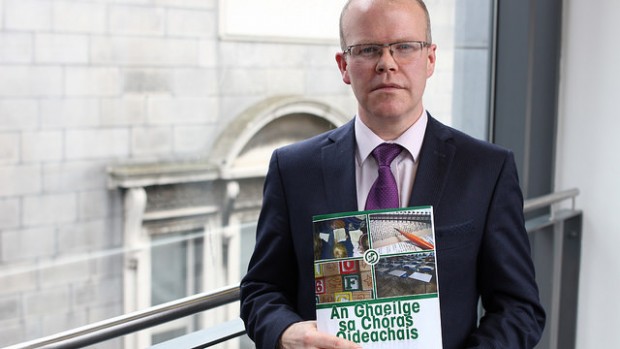 "The needs of Irish speakers outside of the Gaeltacht are not being met. A decade after leaving school the number of those who state they have Irish falls by half." - Peadar Tóibín TD

The Taoiseach’s appointment of a non-Irish speaker, Josepha Madigan TD, as Minister for the Department of the Culture and the Gaeltacht has raised questions within the Irish speaking community.

Leo Varadkar posed for selfies with revellers at a Gaeltacht pop-up event, where hundreds of Irish speakers regularly gather in bars. Many Irish speakers were delighted to see Taoiseach Varadkar participate; however his enthusiasm was eclipsed by his appointment of a Minister Madigan earlier that day, who admitted on television that she did not intend on learning the Irish language, despite her ‘great love’ for it.

This is Fine Gael’s approach to the Irish language laid out exactly when the truth is - Irish is a wonderfully rich, cultural gift that is an irreplaceable part of the diversity of the planet. It’s been our voice for nearly two thousand years and yet, we might well be the last generation to have Irish as a community language.

The 20 Year Strategy for the Irish Language was published in 2010, to halt its decline within the Gaeltacht and the state, aiming to triple the number of daily Irish speakers by 2030 to 250,000. With figures going in the opposite direction this document has been an unmitigated failure, yet we are still waiting for a revised plan over two years after a review was initiated.

Central to this is the real time collapse of our Gaeltacht regions. The census results published this year showed a drop of 11% of daily speakers. Only 502 children aged between 3 and 4 speak Irish daily at home in the whole of the Gaeltacht. 56% of Gaeltacht children have to attend English language preschools. 94% of principles of Irish-medium schools said that sometimes they had no choice but to hire a substitute teacher with little Irish. The recruitment of full time teachers with fluent Irish in some Gaeltacht areas is becoming next to impossible.

Critically those who have made a life for themselves in the Gaeltacht are faced with a state that has a policy of compulsory English. There are seven Government departments without any Irish language positions at all, including the Department of Children who are charged with the provisions of Preschool Education.

When the Department of the Gaeltacht is taken out of the equation, there are only 29 jobs out of 19,795 with an Irish language requirement in the state service. This is not reflective of any effort to build a bilingual state despite the fact that 1,761,420 people self-identified with Irish speaking ability in the last census. Sociolinguists predict that the Gaeltacht will survive only ten, perhaps 20 more years at best. This would be in my view cultural cleansing by Government disinterest. 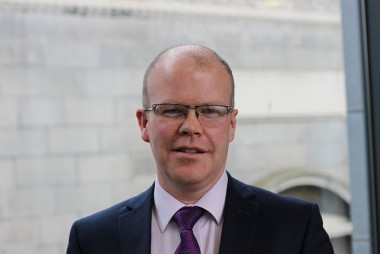 ‘Language Planning’, which was hailed by Fine Gael as the saviour of the Gaeltacht regions, has fallen asunder. 26 different volunteer Language Planning groups worked to produce a deep and rich seam of plans in order to rebuild the Gaeltacht, but before any of these plans were read, the department plucked a paltry funding figure from sky.

There is a palpable sense of disempowerment from the Gaeltacht communities who have been promised a lot but have been consistently undelivered to. Ministerial decisions even more sharply reflect political needs than in the rest of Ireland. The vast majority of capital spending (87%) was in Donegal in the months since the appointment of Minister of State for the Gaeltacht, Joe McHugh.

While the Policy on Gaeltacht Education which was introduced last year is to be commended, the absence of pre-schools in the Gaeltacht School Recognition Scheme is a real blind spot. It’s absurd that there is no provision for Gaeltacht school status for pre-schools considering the majority of children in the Gaeltacht receive their pre-schooling through English. This will dilute the efficacy of immersive teaching through Irish in primary schools, with English from the outset the more dominant language.

The needs of Irish speakers outside of the Gaeltacht are not being met. A decade after leaving school the number of those who state they have Irish falls by half. Leo Varadkar admitted that his Irish went rusty after school because of the lack of opportunities to use it.

There is no Cultúrlann (Irish Language Centre) in Dublin city centre in which people of all ages can socialise. Belfast has had a Cultúrlann since 1991.

Personal efforts of a couple of TDs to speak the language aside there is no vision, plan or leadership. To the Government Irish exists as no more than a hobby.

Despite all of this there is much positive energy in the Irish language. 67 per cent of the respondents in the south of Ireland and 45 per cent from the North are positive about the Irish language (ESRI, 2015). Inside the Gaeltacht some individuals, families and organisations are starting to stand up for their language rights. Outside the Gaeltacht more and more people are choosing to play for an all Irish GAA club, raise their children in Irish and drink in a Pop-Up Gaeltacht Pub.

The decline of Irish and the Gaeltacht is not inevitable but resurgence is possible - it’s not rocket science. Volumes of research and detailed policy are available. The Irish language needs a Government who will no longer kill the language with platitudes and who will draw a line under the past. It does not need a Government who after teaching everyone Irish then prevents public services being accessed in Irish. The Irish Government needs to create a new deal for the language. We need to send a message to Gaeltacht communities, Irish speaking families, students and adult learners – ‘speak the language today because tomorrow the language will be stronger, more extensive and more valuable’.

2018 is Bliain na Gaeilge. It’s time for Government to stand up for Irish speakers and the Gaeltacht. There will no second chance for the Irish language.