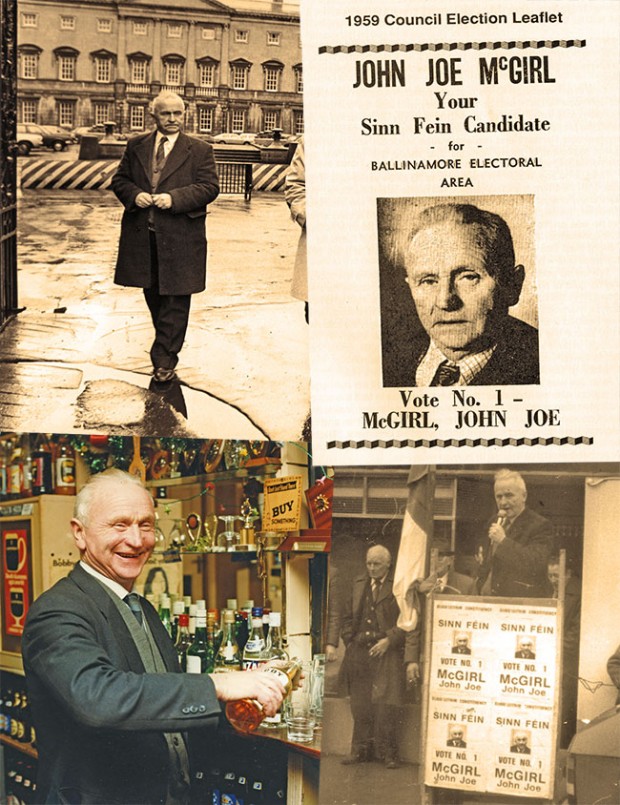 ‘Throughout his life and in his contribution to the republican struggle, John Joe McGirl carved out the path’

THE AFFECTION and respect that John Joe McGirl is still held in – almost 30 years after his passing – was reflected by the large crowd in Ballinamore, County Leitrim, on Saturday 18 August to commemorate the man Martin McGuinness regarded as “an inspirational leader”.

Speaking at the 2013 dedication of the statue in The Square for John Joe, Martin McGuinness said:

“John Joe epitomised everything that is good about our struggle.

“Be it his involvement in the IRA in the 1930s, to his leadership role in the Border Campaign, or his election to Leinster House, or his key part in reorganising republicanism in the early 1970s, or his decisive contribution in 1986, John Joe always led from the front.

“He was, and he remains for republicans – not just here in Leitrim or the Border but across our country – an inspirational leader . . . He continues to inspire.”

“He knew about strategy.

“He knew what it meant to carry the burden and the responsibility leadership and he knew that at all time the struggle needed to move forward.

“He also knew about our past – but he was never a hostage to it.”

This year, the late Martin McGuinness would have undoubtedly been present again in Ballinamore but the McGuinness family link was maintained by the presence of son Fiachra McGuinness, daughter-in-law Leona and their children, Cara and Dualta.

The association was also reflected by Raymond McCartney – the H-Blocks hunger striker who is now a Sinn Féin Assembly member for Foyle – delivering the main address. 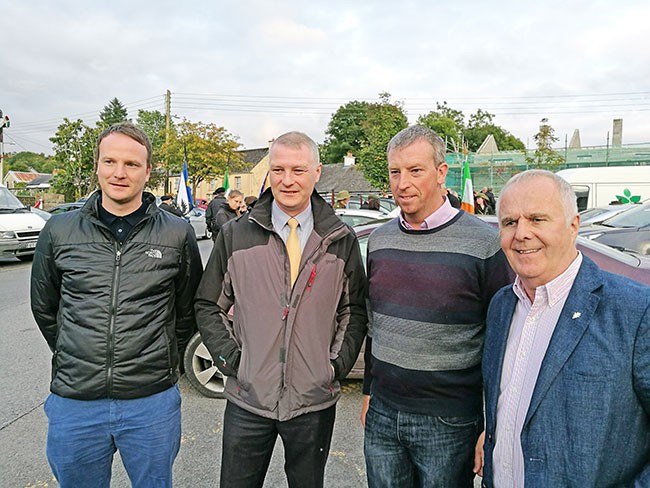 Acknowledging the family, friends and comrades of John Joe who were present, he added:

“We send our best wishes to Bridie who cannot be with us - to his daughters, Áine, Cait and Nuala and to his sons Liam and Fergal.”

The Derry MLA said that Martin McGuinness would have seen John Joe as one of that group of republicans from the Fenian tradition who ensured that the flame of resistance was never, ever extinguished.

“In our office in Derry there is a portrait of John Joe, placed there by Martin. So you can well understand how that respect manifests itself to this very day.”

John Joe was a political prisoner in the 1940s and again in 1957. And while he was in Mountjoy Jail he was elected as a TD for Sligo/Leitrim – topping the poll.

“He was a man from Ballinamore and he was man of Ballinamore,” Raymond said.

“When we trace the rise of the ever-increasing strength of Sinn Féin, one of the most seminal moments in the history of the republican struggle is the decision in 1986 to end the policy of abstentionism towards Leinster House.

“Today, over half a million people vote for this party, we have seven MPs, 23 TDs (including Martin Kenny for Sligo/Leitrim, a seat held previously by John Joe), 28 MLAs, four MEPs, seven seanadóirí, and over 300 councillors – representation in every county throughout the land.

“Let there be no doubt that that decision in 1986 is one of the turning points in our history and one which has shaped and defined it ever since.

“Martin McGuinness has often relayed how John Joe led the discussion and the debate to bring it about.

“That is leadership in action. When change is required, we step forward and make it happen.” 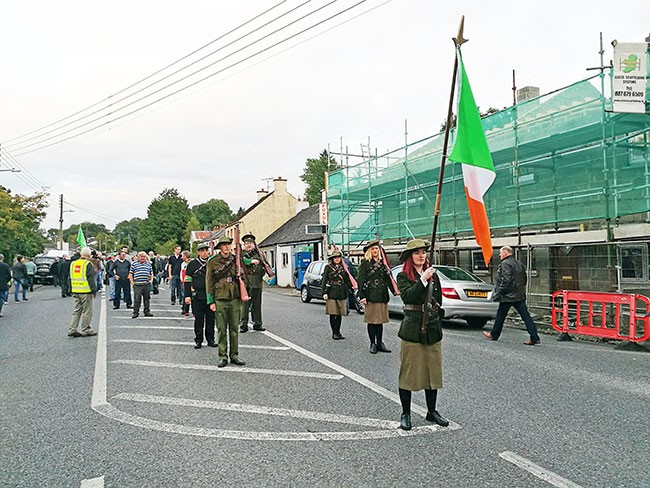 The former H-Blocks hunger striker recalled that in 2006 he had the privilege to speak at the Hunger Strike Memorial in Havana.

“Close by was a billboard designed to inspire Cubans into activism and leadership and it read: ‘Walkers, there is no path; the path is made by walking.’

“Throughout his life and in his contribution to the republican struggle, John Joe McGirl carved out the path.

“Activism and leadership coming together as one.”

The ending of partition and the realisation of a true Irish Republic is still to be achieved, Raymond McCartney said.

“That was the life’s work of those unbroken and unbreakable Fenians – of John Joe McGirl and his friend and comrade, Martin McGuinness.

“They most definitely walked the path and carved it out for us to follow and to advance and strengthen our struggle, our desire for freedom.

“Let the ending of partition be the monument to our Fenian dead and then, as Bobby Sands said, ‘We will see the rising of the moon.’”