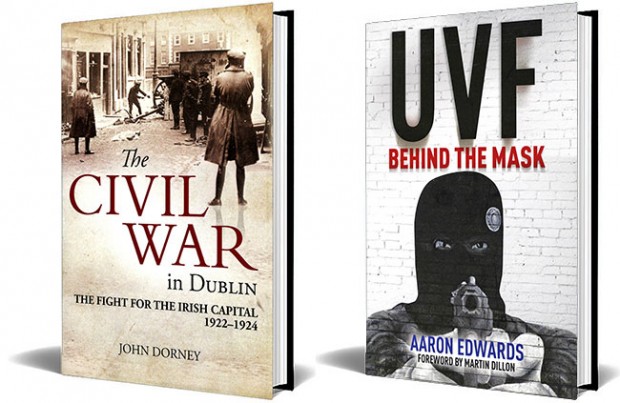 I THINK most books considering the Civil War in Dublin provide a detailed analysis up to the destruction of the Four Courts and then dismiss the city from the narrative as the military conflict erupted elsewhere, particularly in Munster. John Dorney’s excellent book seeks to remedy this shortfall.

Dorney analyses the military action and repression that continued within the capital and also how rivalries and power struggles within the Free State (and, to a lesser extent, republican) command structures affected events in the rest of the country.

The author points out that for at least half of the duration of the Civil War there were actually three armies present in Dublin, rather than the two normally considered.

In addition to the republican forces and the Free State Army there was a third force, larger and better armed than the other two combined.

The British Army still had over 6,000 men and heavy artillery available and it was the possibility of their unilateral attack on the republican garrison that prompted the Free State bombardment. To allow the British to attack republicans would undermine the Free State Government’s public position as being the victors and rightful inheritors of the Tan War.

The book also demonstrates the influence of Dublin in other parts of the country by examining the likelihood that many of the worst massacres and murders that took place in Kerry were carried out by former members of Michael Collins’s ‘Squad’. This military unit had metamorphosed into a CID police unit referred to unofficially as “The Murder Gang” who had travelled to Munster specifically to eliminate republican resistance.

Another interesting aspect of the book is the part that factionalism and personal rivalries and jealousies played in steering the direction the conflict took. It describes at least four distinct factions with differing motivations and constraints, from ‘Squad’ men to former British Army officers, each had their own agenda.

Despite its title, this very readable and highly informative book should be of interest to readers in all parts of the country and not merely in Dublin.  I highly recommend it both to those familiar with the period and also to relative novices wishing to learn more.

UVF – Behind The Mask

TO BE FAIR, the warning signs were there from the beginning.

The back cover carries a publicity blurb from Irish Independent “Security Correspondent” Jim Cusack, a man so far removed from reality that he would be better suited as the newspaper’s correspondent in Narnia.

He comments as follows:

“Aaron Edwards’s work is easily the best account of this little-known but possibly most successful terror group of the Northern Irish Troubles.”

The ludicrous proposition from a so-called “Security Correspondent” of many years that the unionist Ulster Volunteer Force is “little known” let alone “the most successful group” defies any rational explanation.

The saying goes that one shouldn’t judge a book by its cover but in this case . . .

The basic problem is that the author is far too close to his subject to exhibit a meaningful degree of objectivity.

Aaron Edwards grew up in a staunchly loyalist area of Rathcoole in north Belfast and senior UVF figures such as Billy Greer (the UVF commander in east Antrim) were close family friends. Edwards himself is a Senior Lecturer at the British Army’s Royal Military Academy in Sandhurst. And another slight impediment to portraying full impartiality is the fact that he was asked to write it by one Billy Mitchell – none other than the UVF’s Director of Operations.

As a result of the personal connections, much of the book consists of self-serving accounts and spurious attempts at justification which are never really challenged.

The author credits the UVF with a legitimacy and organisational efficiency that is not borne out by even the most cursory of critical examinations. He seems to have allowed his personal regard for individuals to blind his critical faculties as to their actions and behaviour.

Whilst there are many interesting elements in the book, it’s a shame that the opportunity to present an informed critique has been missed. The book’s cover shows a mural of a UVF gunman on a gable wall but in reality it looks like another load of whitewash.