The bittersweet fall of Kevin Myers 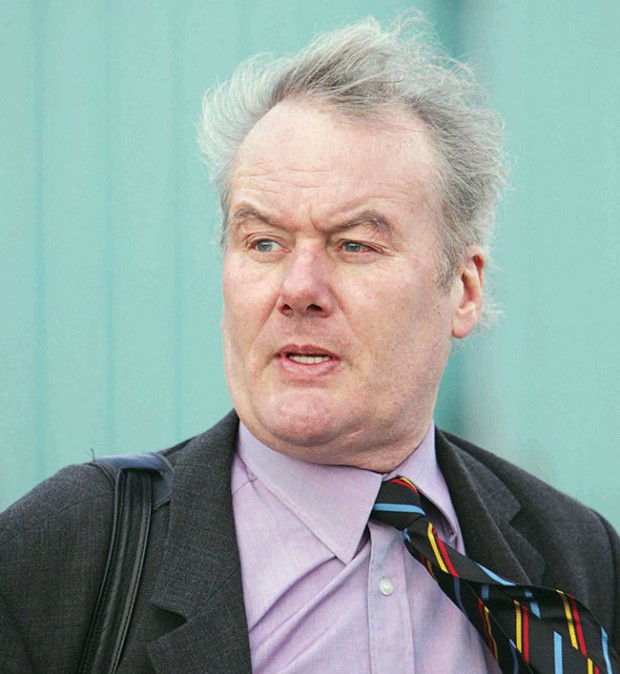 As with other odious ‘plain-speaking, fearless’ columnists in the Establishment media, the aim of Myers and his ilk is not to stimulate substantive debate but to raise the blood pressure of readers by picking on vulnerable groups

THE FALL of pompous loudmouth and serial anti-republican whinger Kevin Myers over his attack on British TV and radio stars undeniably brought a feeling of schadenfreude among many, including ersthwile colleagues.

His article in the Ireland edition of the Sunday Times on the BBC gender pay gap entitled ‘Sorry, ladies -– Equal pay has to be earned’ prompted immediate outrage from what Mr Myers would usually refer to as ‘right-thinking people’.

With blatant misogyny throughout, Myers went on to note that two of the BBC’s highest-paid women presenters (Vanessa Feltz and Claudia Winkleman) happen to be Jewish. “Good for them. Jews are not generally noted for their insistence on selling their talent for the lowest possible price,” he wrote, reprising the old stereotype by equating Jews with money.

As with other odious ‘plain-speaking, fearless’ columnists in the Establishment media, the aim of Myers and his ilk is not to stimulate substantive debate but to raise the blood pressure of readers by picking on vulnerable groups.

This time, though, Myers made a gross miscalculation.

Instead of targeting people who cannot hit back, he singled out by name two presenters who command the affection of millions of listeners and viewers as household names.

What was more telling, however, was the reaction from British readers when some of Myers’s previous journalistic outpourings began seeping onto social media platforms from the depths of the Irish Independent and Irish Times archives .

How had a man who had penned such articles as “Africa gives absolutely nothing to anyone – apart from AIDS, that is” and others where he asks how many young women “consciously embark upon a career of mothering bastards because it seems a good way of getting money and accommodation from the state” been permitted to continue to write for any publication, including the self-important Irish Times and Irish Independent?

He was allowed to continue scribbling away at the Irish Independent long after writing a piece about Nazi Germany which included the line: “There was no Holocaust . . . and six million Jews were not murdered by the Third Reich. These two statements of mine are irrefutable truths.”

The Indo suddenly discovered a conscience and pulled the Holocaust article from its website, belatedly stating that it “does not comply with our editorial ethos”. It only took them eight years to make that call.

The answer as to why he has continued to be tolerated in the mainstream print and broadcast media is very simple. Myers, like many of his fellow travellers, has remained a pillar of the Irish journalistic landscape because his views coincide with the Establishment commentariat when it comes to a very key area – electoral politics.

In the wake of the Sunday Times scandal, US newspaper publisher and commentator Niall O’Dowd correctly described Myers as “viciously anti-Sinn Féin”.

The Irish Independent and its multitude of vassal newspapers have maintained their staunchly anti-republican line throughout their history – even going so far as to rail against the Peace Process.

The level of vitriol ebbs and flows as the electoral cycle changes and it reaches near-hysteria at election time. And it’s then that individuals such as Kevin Myers prove their worth.

The opinions of this cohort of elites suddenly find a new gravitas when an election is near. Their views dictate the parameters of talk shows, their quotes are put to politicians in interviews and, despite not being grounded in reality, help shape the narrative of an election.

Throw in a disgruntled former Sinn Féin activist, a political rival hiding their party colours under a columnist’s hat, or even a so-called dissident republican-turned-commentator (a bitter man with a blog), and you’ve got a battery of voices to talk down the biggest serious challenge the political Establishment is faced with.

And that’s the real story here.

Much of the commentariat and their repugnant views are not just tolerated by the media but encouraged and promoted because they also happen to hate Sinn Féin. Unfortunately for them, their views are no longer confined to the deadwood of the Irish Independent’s comment section. Facing more scrutiny than ever, this previously protected species will have to exercise more caution about who they aim their vitriol at.