Tackling the Costs of Education 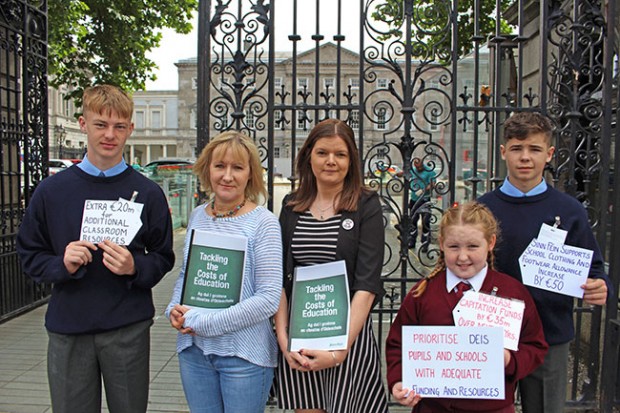 THE COST OF EDUCATION at all levels in the 26 Counties is placing an even heavier burden on already-struggling families and making it harder to afford school and college, according to a Sinn Féin proposals in Tackling the Costs of Education, published in August.

Sinn Féin Dáil Education spokesperson Kathleen Funchion TD said that successive governments have failed families who “are at the end of their tether each year in battling excessive back-to-school costs”.

For families on low or average incomes, she said, these costs are a real burden:

“Sinn Féin believes that, with investment and political will, we can remove the prohibitive cost barriers to education and ensure that all children, irrespective of their background, can access education on an equal footing.”

The annual Irish League of Credit Unions survey reported in July this year that one in four parents will have to deny their children some basic school items this year as they continue to struggle to fund the back-to-school spend.

The average return-to-school spend continues to increase and has now reached €1,209 per child – up from €1,185 last year (a 2% rise) and more than a quarter say the costs will negatively impact on paying household bills.

Almost three quarters of parents continue to see the back-to-school spend as a financial burden, despite a 2% drop in the numbers getting into debt for the new school year.

Research by Barnardos shows that the average spend on school uniforms per student ranges from €170 in primary school to €255 in secondary school. 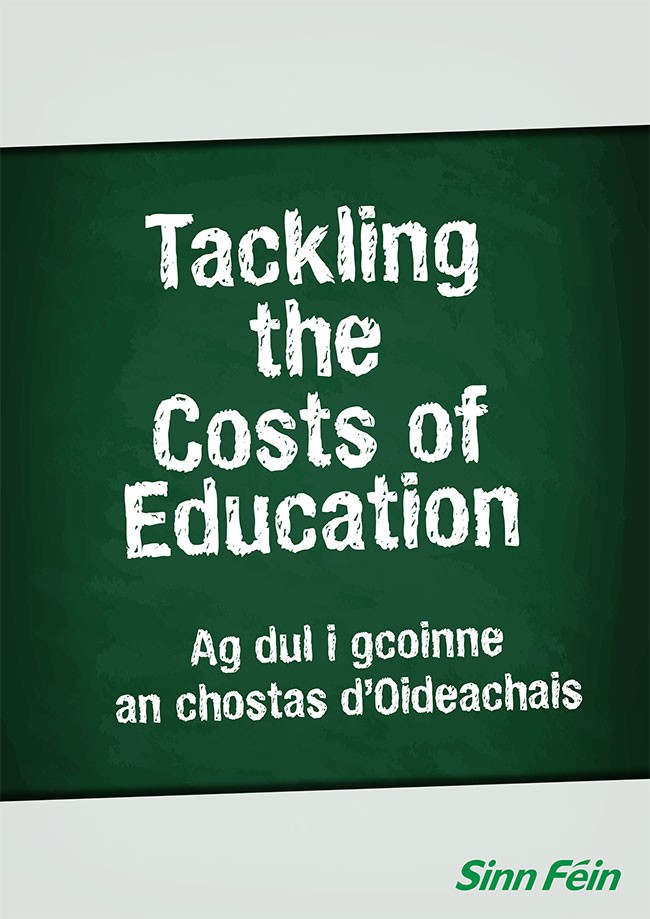 According to children’s charity Barnardos, the average cost of schoolbooks per child ranges from €70 for a primary school pupil to €275 for a secondary school pupil.

The extensive use of workbooks has been a key concern of parents as these often cannot be purchased secondhand and represent extremely poor value for money.

The Joint Oireachtas Report on Tackling School Costs recommended that the use of workbooks should be discontinued in all schools.

Sinn Féin wants to end so-called ‘voluntary’ contributions. Until the level of funding to schools is restored to an acceptable level to allow that to happen, Sinn Féin’s Education (Regulation of Voluntary Contributions Bill) 2017 seeks to give the Minister for Education and Skills power to strictly regulate the area of voluntary contributions.

A ‘voluntary’ contribution can range between €80 and €150 per child.

In some cases, the children of parents who resist making contributions are denied access to facilities such as lockers until the money is paid.

The emphasis of the school meals programme has been on the operation of breakfast clubs with funding extended in recent years to school lunch programmes.