Irish Government must up its game in Brexit talks 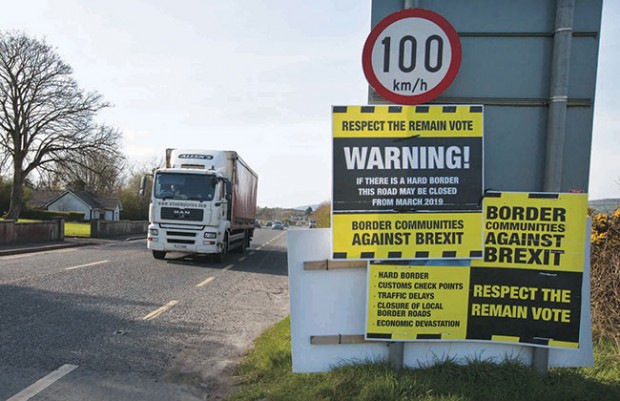 THE Irish Government needs to up its game to ensure a positive outcome for the island of Ireland in the Brexit talks between Britain and the EU.

The talks in Brussels are entering a critical phase.

The EU’s chief negotiator on Brexit has told the British Government to “start negotiating seriously” about leaving the EU in March 2019.

The agenda for these talks includes the implications of Brexit for the Good Friday Agreement, the future arrangements for the Border, the rights of EU citizens in Britain and of British citizens in the EU, and the ‘divorce bill’ that the British have to pay on leaving the EU.

In recent weeks, the British Government has published a range of contradictory papers dealing with some of these matters. The papers have been widely criticised as lacking in both depth and detail.

The British claim that they want to retain the Good Friday Agreement in all its parts, and maintain free trade and movement of people between Ireland and Britain, is at odds with the decision to pull out of the Single Market, the Customs Union, and the European Court of Justice.

The claim by the British that an invisible Border is possible on the island of Ireland has been described by some EU officials as “magical thinking”. Britain’s call for “flexible solutions” as it pursues a goal of avoiding Border posts “leaves EU officials rolling their eyes”, it has been said.

The proposed so-called technical fixes by the British to eliminate checks on goods have been dismissed as insufficient. Their repeated use of the phrase “flexible and imaginative solutions” without providing clear proposals to achieve any of these is not helping to resolve a difficult situation of their making.

Let us be clear: The British Government’s rejection of the European Court of Justice and London’s failure to give a long-term commitment to the European Convention on Human Rights constitute a direct attack on the Good Friday Agreement.

Crucially, the EU has promised to publish a position paper on Ireland in early September.

The Irish Government must engage forcefully with the EU to ensure that this paper reflects the best interests of both economies on the island, and in particular the Border region.

The apparent intention of the British Labour Party to seek continued British membership of the Single Market and the Customs Union during any transitional arrangement is an important development. Greater encouragement must be given to the debate within Britain about its future relationship with the EU.

That said, Sinn Féin remains convinced that the best outcome for the two economies on the island of Ireland is for the North to be given ‘Designated Special Status Within the EU’.