Tick, tock – Time for Tories to get real 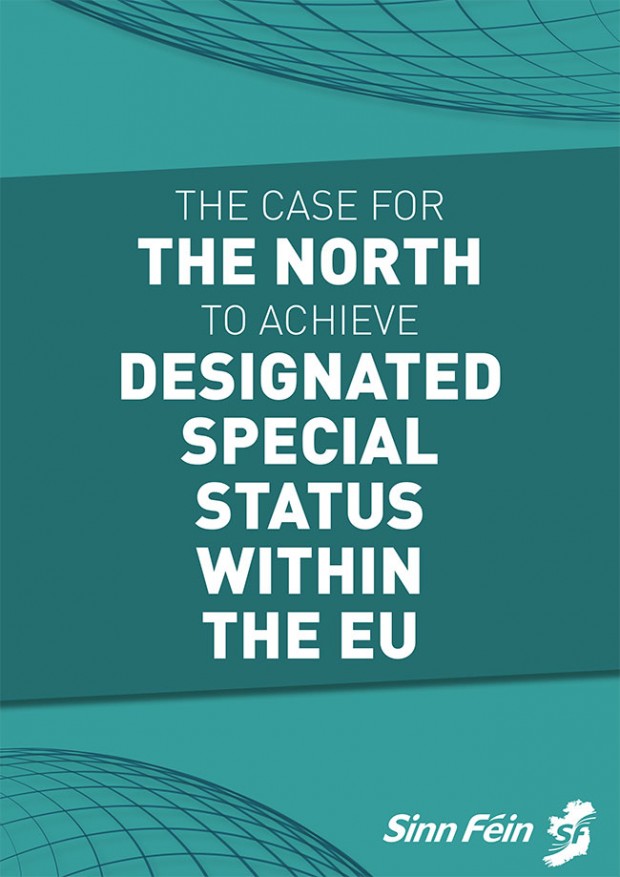 THE reported ‘dramatic policy shift’ by the British Labour Party aiming to continue Britain’s membership of the EU Single Market and the Customs Union while still leaving the political union after Brexit has been described by Sinn Féin’s David Cullinane TD as “a sensible move”.

“We will be in contact with the British Labour Party on their proposals and I will be meeting with them and other parties at Westminster in the coming weeks.”

The MP for South Down added, however, that remaining in the Customs Union and Single Market will only deal with some of the negative impacts of Brexit.

What is required to give effect to the ‘Remain’ vote of the people of the Six Counties is for the North to be granted ‘Designated Special Status Within the EU’, Chris Hazzard repeated.

“It’s time for British Prime Minister Theresa May and the Tories to get real about the Brexit negotiations. They need to put solutions and substance on the table as time is moving on. Tick, tock.”

The Waterford deputy said the difficulties are compounded by the fact that the EU is not simply negotiating with a British Government.

“They are negotiating with two wings of the Tory Party. And therein lies the problem.”

“We need a transitional Brexit deal that provides maximum certainty and stability,” Keir Starmer said. “Labour will deliver it. If we are to deliver a deal that protects jobs and the economy, we must be clear about the hard choices that need to be made.

“Labour has repeatedly emphasised that, in order to avoid a cliff edge for our economy, there will need to be a time-limited transitional period between our exit from the EU and the new lasting relationship we build with our European partners. This is a view shared widely by businesses and trade unions, who recognise the huge damage that an abrupt separation from the EU would cause to our economy.”

Criticising the “constructive ambiguity” of Theresa May’s Tories that has caused so much confusion and concern, Keir Starmer said that the Labour Party is offering “a credible solution” to one of the most important issues facing Britain’s exit from the EU.

He said that by remaining inside the Customs Union and the Single Market in a transitional phase, goods and services could continue to flow between the EU and Britain and the North of Ireland “without tariffs, customs checks or additional red tape”.

‘Put British rhetoric to the test’

David Cullinane said that the Irish Government and the EU must “put British Government rhetoric to the test” after it released a series of “contradictory” position papers on Brexit.

“These claim to want to retain the Good Friday Agreement in all its parts and maintain free trade and movement of people between Ireland and Britain. At the same time, they are pulling out of the Single Market, the Customs Union and the European Court of Justice.

“If the British Government are serious about safeguarding the Good Friday Agreement and maintaining progress, they must make clear how this will be achieved and clarify their future membership of the Customs Union.

“It is acknowledged that Brexit is without precedent and there is agreement that the Good Friday Agreement must be protected. The solution must be to provide for the North to have ‘Special Status Within the EU’.”

The British Government has failed to give a long-term commitment to the European Convention on Human Rights, access to the EU Court of Human rights or how North/South co-operation would work in their vision of Brexit, David Cullinane said.

“All of these are central to the Good Friday Agreement and our economies and jobs, North and South.”

Recognition of these “inconsistencies” is reflected in the changing position of the British Labour Party, the Sinn Féin Dáil Brexit spokesperson said, adding: