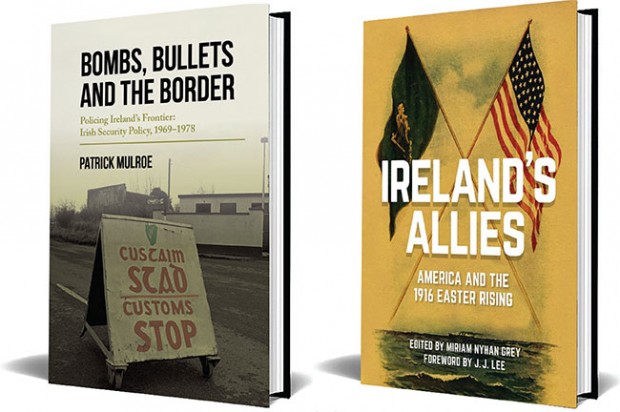 THIS is not some hastily-produced, cut-and-paste volume rushed out to cash in on worries raised by Britain’s impending abandonment of the EU in Brexit. It is, in fact, an impeccably-researched, highly-nuanced and thoughtful work by an academic who is himself a native of the Border region.

The book was, apparently, conceived as part of a PhD course ten years ago, long before Brexit was anything more than a demented gleam in the eyes of the more rabid members of the feral fringe of the Conservative Party and their cousins in UKIP.

The focus is on a limited period between 1969 and 1978 but covers many of the seminal events of the conflict that became referred to as “The Troubles”.

It charts the change from a political ambiguity in 1969 when the Irish Defence Forces established field hospitals to accept refugees fleeing attacks by unionist mobs backed up by the Royal Ulster Constabulary paramilitary police in Belfast, through the “Arms Trial” crisis for the Dublin Government up to the anti-republican orthodoxy of  An Garda Síochána and the courts by the late 1970s.

Author Dr Patrick Mulroe points out that the close and continued co-operation between the Garda and the Defence Forces and the RUC/British Army was, if not exactly covert, at least played down by both sides to accommodate their own demographic. The Irish Government’s dilemma was to maintain its historical profession of a republican ideal whilst at the same time suppressing republicans it portrayed as being an existential threat to the 26-county state.

The timing of this book is serendipitous rather than exploitative and its contents serve to illustrate how the existence of a “hard” border can create political and social environments which are capable of subverting some of the most important elements of normal society.

It is a very interesting and timely publication.

THERE can be no doubt about the tremendous importance of the role played by America in the cause of Irish nationalism.

From the inspirational themes of the American Declaration of Independence as a catalyst, along with the French Revolution, 1798, to the Fenians and Clan na Gael to Noraid (Irish Northern Aid) and modern-day support organisations, America – or at least Irish-America – has proved to be more than a friend.

The Proclamation of 1916 specifically mentions the support of Ireland’s “exiled children in America” as providing some of the impetus for the Rising. All this being said, the claim by Professor J. J. Lee in the forward of this book that “No America, no New York, no Easter Rising. Simple as that” smacks of hyperbole.

This book is a collection of 24 chapters, each by a different historian on different aspects of Irish American involvement in the Easter Rising.

Whilst each chapter is a standalone piece in its own right, they are all linked by a narrative thread to adjoining chapters.

Without doubt this will become the standard text to turn to when researching this subject. The depth of research and sheer academic muscle that has been ploughed into this volume is evident on every page. There are over 100 pages of highly-detailed notes to supplement the already fact-crammed text. And yet, despite its many undoubted strengths, I have a problem with the book. It’s a purely subjective response and in no way a criticism of its academic merit but, to me, the overall tone seems to be an attempt to hijack the Rising, to turn it into a form of American export with the actual rebellion being undertaken by some sort of local subsidiary of  the American parent company.  I’m probably being unfair but that’s how it feels as a visceral response rather than a purely intellectual one.

It should be remembered that the Rising envisaged by Clan na Gael and John Devoy was predicated upon Casement’s German guns. With their loss, the Rising that actually occurred was a vastly different home-grown affair – as the Proclamation says, “relying in the first on her own strength”.

There was a reason it became known as “The Sinn Féin Rebellion”.