Advancing towards Irish unity – in the United Irish tradition 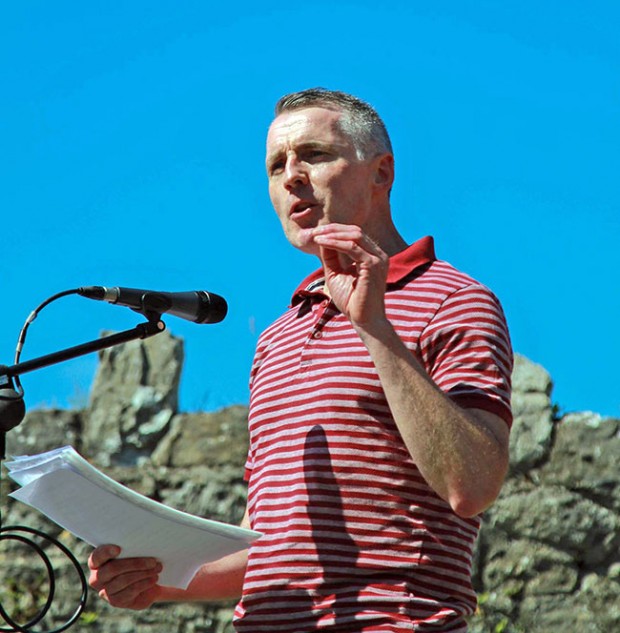 THIS TIME 220 years ago, Ireland was in the midst of dramatic political and revolutionary change.

The United Irishmen were the engine of that change.

As modern-day Irish republicans in the tradition of Tone, we are dedicated to the establishment of a national Republic built upon equality, fraternity, unity and reconciliation between all citizens in Ireland.

Our primary aim is for an agreed, multicultural, united Ireland which celebrates diversity and equality and shuns bigotry and discrimination.

Sinn Féin stands against all forms of sectarianism, racism, homophobia, sexism and intolerance in society.

Today’s Ireland is one of huge social change and political realignment.

Partition continues to be the central fault line at the heart of Irish politics and society. The imposition of the Brexit decision upon the people of the Six Counties has now magnified that fault line.

Brexit is a by-product of partition and continued British jurisdiction in the north of our country. It has become a catalyst for a realignment of politics in Ireland, in relations between this island and Britain, and it is redefining politics in the British state and Europe itself.

Civil rights and an equality revolution

Irish unity has become central to the political discourse.

The election of 27 Sinn Féin MLAs and 7 MPs with 239,000 votes is an historic high in electoral support for our party in the North and for progressive politics.

There is a building momentum for Irish unity and in support of anti-unionist and progressive politics.

There is also a new, popular expectation of real and substantial political change.

Sinn Féin respects the mandate secured by the DUP but, make no mistake – Sinn Féin’s electoral mandate is a vindication of our pledge that there will be no return to the status quo.

No citizen or section of society will be put to the back of the bus again.

In 1967, our parents and grandparents and others in this gathering set out to demand civil rights in the North. They were beaten and shot off the streets.

Fifty years later, an equality revolution is happening in the Six Counties and it is being led by young people. 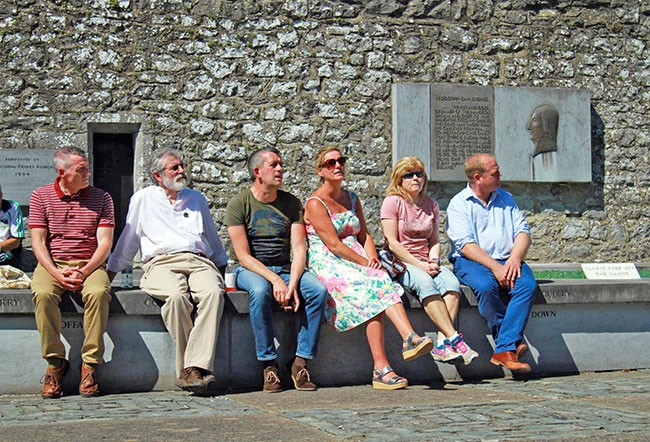 Support for political unionism below 50%

For the first time since partition, electoral support for political unionism has fallen below 50%.

These are the new realities. And this is the new context for the current round of political talks.

However, that means the DUP and the British Government need to get the message which they have ignored since Martin McGuinness’s resignation on 9 January.

So I will spell it out:-

•The equality and rights agenda is not negotiable;

•Agreements previously made on equality, rights, parity of esteem and legacy must be implemented;

•The political institutions must not be misused to advance institutionalised bigotry.

Continued refusal by the DUP and the British Government to accept these fundamental positions will create only one outcome: a future of permanent political instability.

As with Brexit, any deal with Tories will be bad for the economy, public services and for citizens.

Working-class unionists did not vote for Tories.

The DUP leadership knows that. They know the North is of no consequence in Westminster.

Even Edward Carson recognised this nearly 100 years ago. He said:

“What a fool I was . . . in the political game that was to get the Conservative Party into power.”

The central fact is the political process in the North remains overshadowed by financial scandals. That is why Sinn Féin stood the DUP leader down from her position last January. The focus on her future role in an Executive is completely misdirected and premature.

That discussion will only arise when there is an acceptable implementation plan to restore public confidence in the political process and ensures that the institutions will work on the basis of proper power-sharing, equality, respect and integrity.

This is a serious situation which demands a serious focus by all parties.

It is not a game and it is certainly not a dance.

If the DUP really wants to go into the Executive, that party needs to decide whether it is now prepared to embrace a rights-based approach to government in the North.

If the DUP imagines it can wind back the clock – with a Tory side deal or not – and re-establish the institutions without adherence to equality and rights, then the DUP is indeed living in a fool’s paradise.

As for the two governments, instead of talking up the prospect of a successful outcome to these talks, they and the DUP should reread Martin McGuinness’s resignation letter of 9 January.

It sets out exactly what is required to restore public confidence and to create the conditions for proper government in the North. 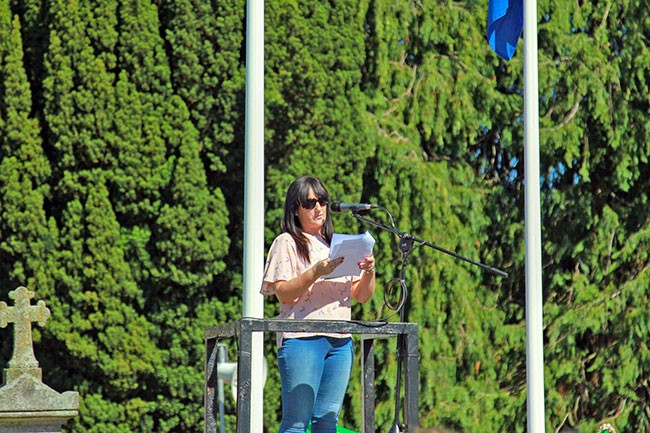 The new Irish Government now carries a huge responsibility. The failure of the last Irish Government to fulfill its obligations as a co-guarantor for the Good Friday Agreement is a national scandal. This dereliction of political leadership must end.

The new Taoiseach and his administration should now publicly disassociate itself from the pro-unionist, partisan position of the British Government.

This Irish Government should bring forward a comprehensive plan for Irish reunification, including:-

•A joint Oireachtas committee on preparing for Irish unity;

•Specific proposals for a unity referendum on the island.

This month 40 years ago, here at Tone’s grave, our comrade Jimmy Drumm correctly observed that the achievement of national and social liberation relied upon the development of a popular, progressive movement for change throughout Ireland.

The strategic position articulated by Jimmy Drumm in 1977 is now more relevant than ever.

The austerity programmes imposed by Fine Gael and the British Tories have entrenched social inequality North and South.

None of our children should have to live in fear from poverty or austerity, inequality or discrimination, or from intolerance or sectarianism.

Social inequality is the antithesis of values enshrined in the 1916 Proclamation and the Democratic Programme of 1919.

Every Irish citizen is entitled to a home, an education, comprehensive health care free at the point of delivery, and equal pay for equal work. Instead, social inequality, political corruption and financial scandal have become bywords for public policy under Fine Gael.

The new Taoiseach seems determined to take his government further to the Right. If that is his intention, then he should call a general election now and let the people cast its verdict on that political programme.

In those circumstances Sinn Féin will go forward with our progressive political agenda.

We know where we stand, and it’s not with the gombeen men, the crooks, or fat cats.

“That numerous and respectable class of the community, the men of no property.”

But that goal is only inevitable when republicans successfully persuade sufficient numbers of our people that an agreed, united Ireland will serve their interests.

The refusal of significant sections of political unionism to embrace a shared future, and divisions caused by deep-seated sectarianism, create enormous challenges for republicans.

Yet, despite that, we must continue to show generosity of spirit and reassurance to our unionist neighbours in the North.

As agents of change it is up to us to reach into the wider unionist constituency.

As republicans in the United Irish tradition, we have to demonstrate how their rights, traditions and identity will be accommodated in a new constitutional framework of an agreed Ireland.

It is for us to convince them that it is far better for Irish unionists to exert their influence over a progressive Ireland instead of being reduced to stage props for a right-wing British Tory Government. 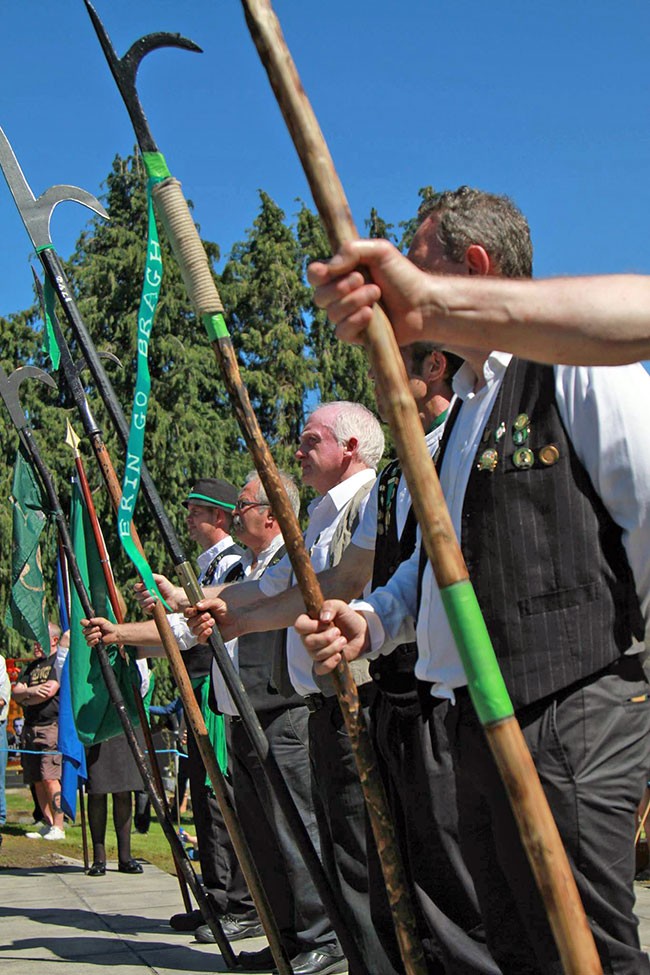 Our generation of republicans are history makers.

Martin McGuinness atá anois ar shlí na fírinne, and whom we greatly miss here today, as well as others in our leadership, have brought us to this point.

Now it is for the rest of us to finish that work.

We must become the nation builders. We must continue the transformation of Irish society.

Meeting these responsibilities requires a step-change in our party. We need to be always strategically focused, cohesive, flexible and creative.

Let us be clear: building popular support and political strength is not a plan for opposition. Our political strategy is a road map for governmental power.

So that means Sinn Féin being in government – North and South.

This is our road map to achieving national democracy and a united Ireland.

But being in government is not a vanity contest. This party is not interested in acting as a prop for the status quo, North or South.

Sinn Féin participation in the Dáil, Assembly, all-Ireland institutions and European Parliament must be at the heart of a broader momentum for political and social change in Ireland.

If change is to be people-centred then change must be driven by the people.

A popular democratic movement for transformation needs to be developed across Ireland – a progressive coalition of political, civic, community, cultural and labour activists united in support of economic democracy, sustainable public services, equality, rights and the welfare of citizens.

These are the means of modern republicans today.

The process of leadership succession has already commenced.

We have begun to implement a ten-year plan to regenerate our party with more youth and women, and enhanced skills and capacity.

If you want equality and rights, if you want fairness in Irish society, if you really want a Republic, then don’t just vote Sinn Féin.

Join Sinn Féin and get your family and friends to do the same.

Let us go forward, re-energised and confident, to mobilise and organise, and to achieve national independence and Irish unity.

This text has been edited slightly for reasons of space.