The first casualty of tax evasion 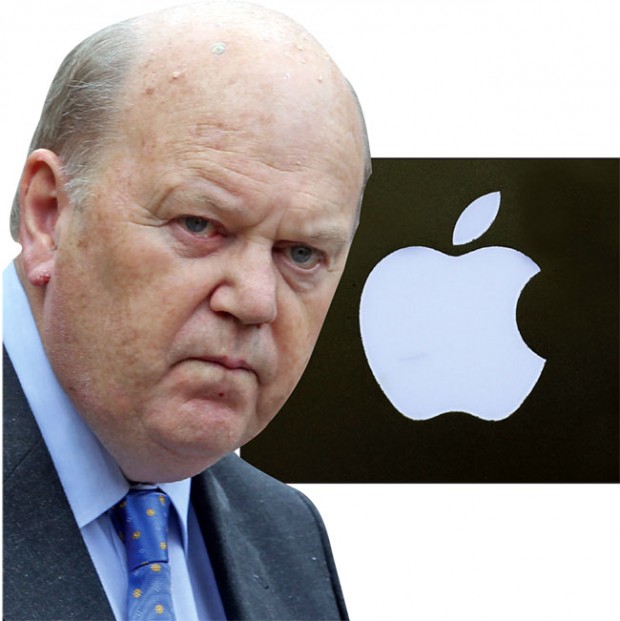 THE FIRST CASUALTY of tax evasion is the truth. Let me give you an example.

On 30 August 2016, an EU Commission investigation found that Ireland had breached state aid procedures by deliberately and artificially lowering the corporate tax rate paid by Apple.

It said that two separate rulings by the Irish Revenue Commissioners in 1991 and 2007 allowed Apple to be taxed in a way that “did not correspond to economic reality”.

Any tax ruling that benefits a company over its competitors is deemed to be illegal state aid under EU law.

As such, the foregone tax liability for the years covering 2003 to 2014 (estimated at €13billion plus interest) would now have to be paid by Apple and collected by Ireland.

The EU Commission can only order recovery for the ten-year period preceding the start of its investigation, meaning that any outstanding tax due from 1991 to 2002 was outside of its legal remit.

Fine Gael rejected the finding and the €13billion. They were backed in this by Fianna Fáil, Labour and the Green Party.

By way of justification, Finance Minister Michael Noonan told journalists to “look at the small print on an Apple iPhone: it says designed in California and manufactured in China and that means any profits that accrued didn't accrue in Ireland and so I can't see why the tax liability is in Ireland”.

Unfortunately for Minister Noonan and Apple, the EU Commission did not base its investigation on the small print etched on the back of an iPhone but on the balance sheets, board meetings, company structure and booked sales of Apple Sales International and Apple Operations Europe, two Irish-based companies that utilised a cost-sharing agreement with their US parent, Apple Inc, for tax avoidance purposes.

The arrangement was in place until the companies changed their structures in 2015 due to the fallout from the 2013 US Senate Permanent Sub-committee on Investigations inquiry into Apple.

The Chair of the Sub-committee, Senator Carl Levin, found that Apple “quietly negotiated with the Irish Government an income tax rate of less than 2% [and], in practice, Apple is able to pay a rate far below even that low figure”.

This led Levin to conclude that:

“Apple used cost-sharing arrangements that it has with offshore subsidiaries to shift income from the United States to Ireland, an effective tax haven, where it pays effectively no taxes at all.”

The EU Commission investigation was a direct result of the evidence uncovered at those hearings. 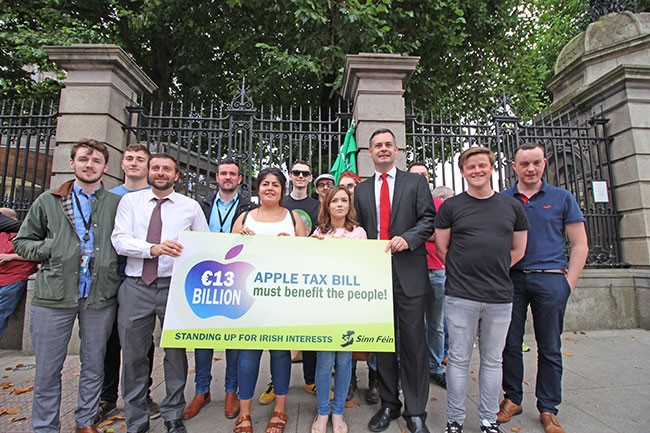 For all the high talk of defending Ireland, taking on Europe and protecting the honour of the Revenue Commissioners, the actual energy behind the Government’s rejection of €13billion in much-needed revenue was a lot more prosaic.

Despite official claims to the contrary, Ireland is a tax haven for transnational capital.

An indigenous middleman class of lawyers, economists, accountants, lobbyists and legislators has built up over the decades to facilitate and support this network.

The tax avoidance measures used by foreign companies such as Apple, Facebook and Google are also used by Irish companies, the majority of whom pay little or no corporate tax.

The narrowing of the tax base means that the burden of paying for the running of the state, as well as meeting the interest repayments due on the bank bailout loans, has fallen for the most part on ordinary working people and their families.

This has significant consequences in terms of social cohesion and state viability, not just in Ireland but other countries as well.

The Tax Justice Network estimates that somewhere between $21trillion to $32trillion is hidden in offshore centres across the globe.

This is the system that the Irish state protects.

It does so because the interests of its middlemen in law, accountancy and finance are dependent on the survival of their niche role in this global system despite the damage it inflicts on Irish society.

Any talk of alternatives has to grasp the nettle of countering the base of the economic, political and social power of the Irish elite.

This means taking on the tax avoidance industry that sprouts like mushrooms along the banks of the Liffey.

It is not possible to build and maintain public services through wholesale tax avoidance.

That is as close to an iron law of public policy as we can get, and one all progressives should keep to heart.