June 8 – Vote for equality and against Brexit

Westminster election your chance to tell the Tories where to go 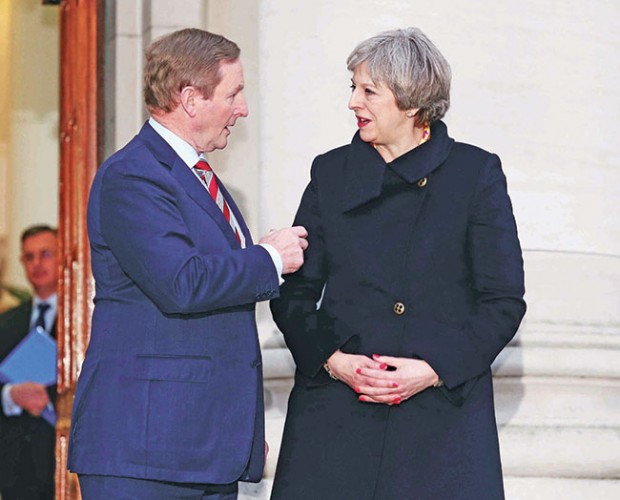 VOTERS in the North are set to go to the polls once again after the British Tory Prime Minister Theresa May called a snap election for 8 June to elect MPs to Westminster.

It has been clear from the outset that the election campaign will be dominated by Brexit.

The announcement of the election took many by surprise as May herself had said just weeks earlier that she would not be calling an early election.

On Tuesday 18 April, however, the Tory leader made the shock announcement of an election.

Until that point, many commentators in the North had been speculating about the possibility of a new Assembly election if no resolution can be reached in the current talks at Stormont.

Announcing the surprise poll, Theresa May said it was prompted by the risk of divisions and splits at Westminster jeopardising the upcoming Brexit negotiations.

As soon as the election was announced, Sinn Féin President Gerry Adams TD took to Twitter to declare that Sinn Féin candidates would take up the challenge.

“Sinn Féin is up for that! Another chance to vote against Brexit and for progress.”

Sinn Féin’s leader in the North, Michelle O’Neill MLA, also welcomed the announcement of the election, sharing Gerry Adams’s view that it provides an opportunity to oppose Brexit and Tory austerity policies.

She said that the Tories had attempted to ignore views of the people of the North over Brexit. This poll gives people a chance to send a message to May and her Cabinet colleagues, she said.

“Sinn Féin opposed Brexit because it will be disastrous for the people of Ireland, our economy and our public services.

“The people of the North clearly voted to see their future in the European Union in the referendum last June – we have been blatantly ignored by Theresa May since.

“The Tory Party’s reckless Brexit agenda offers nothing to the people of the North who are being dragged out of the EU against our will.

“The Tory Party and their policies have been rejected by the people in the North in the past and will be again in this election.”

Michelle O’Neill also said the poll offers an opportunity to continue to build support for the campaign for “Designated Status for the North Within the EU” as well as oppose Brexit and reject Tory cuts and austerity.

The announcement of a Westminster election came during what was being billed as a critical period in the Stormont talks.

The fact that the announcement came while the talks were ongoing angered many.

Michelle O’Neill described it as a further indication of the Tories’ total lack of regard for the people of the North.

“Once again it showed how little the Tories care for the people of the North and how far down the political agenda at Westminster it is,” she said. 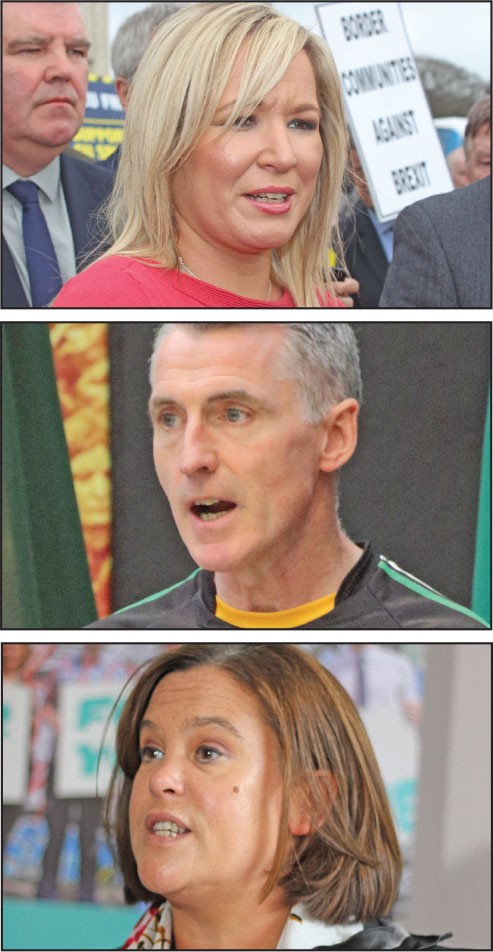 Sinn Féin National Chairperson Declan Kearney MLA said it shows the emergence of a pro-Brexit, pro-austerity alliance between the DUP and the British Government which is threatening the entire basis of the Good Friday Agreement.

“The decision by Theresa May to call the Westminster general election is the clearest indication that the Tory Government has now formally disengaged from the political process here,” the South Antrim MLA said.

He added that the announcement of the election shows the Tory Government “has made a strategic decision that its policy towards the North of Ireland does not include re-establishing the political institutions on the basis of equality, respect and integrity”.

“British state obligations under the Good Friday Agreement are now subordinate to the primacy of the Tories’ unionist objectives and influential opposition from the most senior echelons in Britain’s Ministry of Defence and security services against dealing with the legacy of the past.”

The Sinn Féin negotiator said it is clear that the DUP’s “Westminster team” is directing the party’s policies on Brexit.

“It is becoming more obvious that the Tories and the ‘Westminster Command’ of the DUP share a position that it would be better not having locally-based power-sharing and all-Ireland political institutions,” Declan Kearney said.

“But, significantly, it suggests that the announced extension of the talks deadline beyond the British general election is just another fiction because they have already psychologically collapsed that next phase before it even begins.”

Sinn Féin deputy leader Mary Lou McDonald TD also said the prospect of a Westminster election and the Tories’ determination to pursue their Brexit agenda highlights the need for the Irish Government to stand up for Irish interests.

“Throughout this process, the Tory Party has set the pace,” the Dublin Central TD said.

“They called the referendum and they have pushed ahead to impose an EU frontier across Ireland.

“The impact of Brexit will be disastrous for communities, for our economy, and for public services across Ireland.

“Throughout all of this, Taoiseach Enda Kenny has failed to stand up for our national interest and failed to safeguard the Good Friday Agreement and subsequent agreements.” 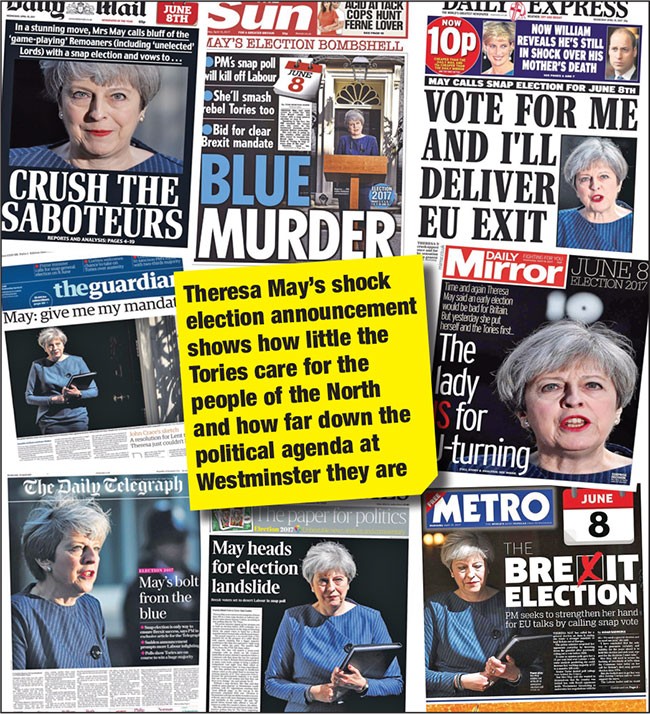 She pointed out that, in the draft EU Council negotiation guidelines, Spain secured greater leverage with regard to Gibraltar than the Taoiseach achieved for Ireland and our agreements.

“Sinn Féin will fight the coming election to secure ‘Designated Special Status for the North Within the EU’ and so ensure that there will be no EU frontier across Ireland,” she said.

“The Taoiseach must also stand up for the North to be given ‘Designated Special Status Within the EU’ and for the Good Friday Agreement in the coming European Council meeting and with any incoming British Government.”

With Brexit likely to be the defining issue of the Westminster campaign, Sinn Féin MEP Matt Carthy said it therefore creates a new platform to advance Irish unity

“Brexit has highlighted, in stark terms, the undemocratic, unnatural and unjust nature of partition,” the Border counties MEP said.

“Brexit and the recent Assembly election which saw the end of a permanent unionist political majority have changed the context of the argument for a united Ireland.”

The Sinn Féin MEP called on republicans to grasp the opportunity over the coming weeks of the campaign.

“Despite the narrow political motivation behind the calling of a Westminster election, Irish republicans must seize the opportunity to further to build political progress towards a referendum on Irish unity.

“It is an opportunity to reject the Tory political agenda, to reassert the North’s vote to remain within the EU, and to advance the cause of a shared, inclusive and united Ireland.”

With the campaign already underway, attention has now fixed to specific constituencies and electoral battles.

As with previous Westminster campaigns, there has already been a media focus on Fermanagh & South Tyrone, with Sinn Féin hoping to win back the seat from the Ulster Unionist Party’s sitting MP, Tom Elliott, a former soldier in the notorious Ulster Defence Regiment.

The issue of electoral pacts – by the main unionist parties on the one hand and anti-Brexit/pro-Remain progressive parties on the other – has created interesting scenarios across the North with discussions between parties on how to maximise the number of seats.

Party leaders have been meeting to discuss the possibility to pacts or accommodations but, as we go to print, no formal pacts have been announced.