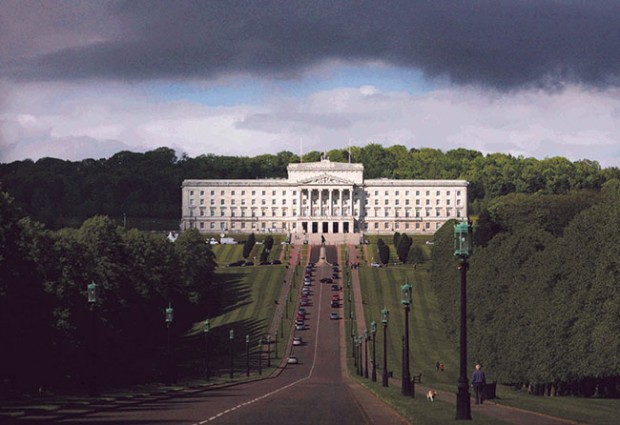 WE ALL EXPECT that when a deal is made, the parties involved will abide by its terms, it will be honoured. Anyone who reneges on a deal is considered untrustworthy and it undermines any relationship that had been built up.

This holds true for politics.

The basis for progress is the ability to have dialogue, negotiate a deal and move on. Those are the fundamentals of the political process.

The current crisis in the institutions in the North has not been about the ‘insatiable demands of crocodiles’. It is not about electoral advantage, nor about ‘each side being as bad as the other’.

The crisis is the political process breaking down through the refusal of the DUP and the British Government to honour the agreements and to act with respect, equality and integrity.

The talks were about rebuilding confidence in the political process and institutions.

The Sinn Féin position was made clear when Martin McGuinness resigned and stated there could be no return to the status quo.

When Michelle O’Neill spoke in the Assembly, announcing that Sinn Féin would not renominate for the position of deputy First Minister, she said:

“When something is broken, you stop and you fix it.”

Sinn Féin is up for fixing the institutions.

We are for the full implementation of the outstanding issues from the agreements including (but not restricted to) legacy issues, an Irish Language Act, a Bill of Rights.

We also sought to build the maximum consensus on issues such as marriage equality and Designated Special Status for the North within the EU to give effect to the vote to “Remain”.

Sinn Féin was clear from the outset – we were not going to renegotiate issues that had already been agreed. The talks would focus on implementation of existing agreements and rebuilding confidence in the institutions.

The Sinn Féin talks team convened at Stormont for over three weeks. From early on it was apparent that the British Government and the DUP would take a minimalist approach. However, good work was undertaken with the other parties on shared issues such as marriage equality, Brexit and the operation of the institutions.

As the weeks went by, the Sinn Féin talks team continued to make themselves available, including on St Patrick’s Day.

On the day that Martin McGuinness passed away, the talks team continued to meet with the only break being on the day of Martin’s funeral.

The day after the funeral, the team reconvened in Stormont. Martin McGuinness, as our chief negotiator, would have expected nothing less.

As Friday dragged into Saturday that weekend, it was becoming apparent that the DUP and British Government were taking a minimalist approach to the key issues.

The Sinn Féin national leadership met in Stormont on Saturday afternoon and received a briefing on the slowness of the talks and approaches of the DUP and British Government.

Talks continued into late Saturday night. The talks team broke up and asked to reconvene the following day, Sunday, noting that little progress had been made, the volume of work still to be agreed and the shortness of time available.

For seven hours on Sunday, the Sinn Féin talks team waited on the DUP. Despite media presentations that the DUP don’t do business on the Sabbath, the DUP have previously taken part in negotiations on a Sunday and their spokespersons do make themselves available to the media.

The clock was ticking and time was running out for a deal to be in place for 4pm Monday 27 March.

Throughout all of this, the British and the DUP never once committed to the full implementation of the agreements.

The British Government’s approach to resolving the legacy of the past was more about continuing the cover-ups than promoting healing. They refused to release the funding for inquests despite this being previously agreed and despite families waiting over 45 years for a resolution.

By Sunday afternoon it was acknowledged that the talks had run their course. The talks team, led by Michellle O’Neill and Gerry Adams, left to speak to the media.

Sinn Féin remains committed to rebuilding the institutions. That is the way forward. However, as Michelle O’Neill said, we are standing firm – an agreement made must be an agreement implemented.

Talks can succeed in this regard. Much has been said about the way ahead, of independent chairs, etc. This is not an issue of process; this is an issue of political will.

If the two governments continue with their current positions, and the DUP fail to recognise the need for equality, rights and power-sharing, progress cannot be made.

The institutions can be restored – if there is a step-change in attitude and practice by the DUP and the British Government.