A man of arts shaped by the conflict 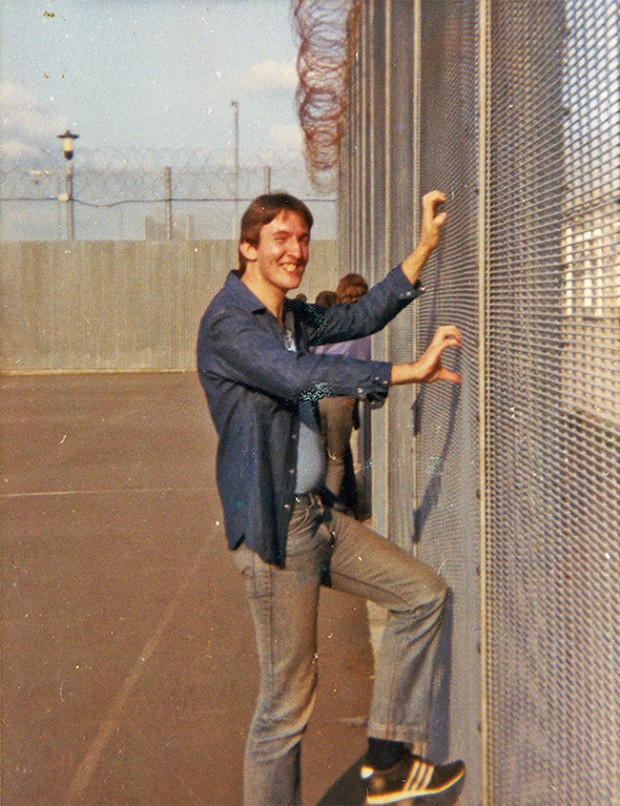 IN AN PHOBLACHT last month, ex-prisoner Laurence McKeown wrote about how he uses the arts to engage in the ‘difficult conversations’ around how we deal with the past.

An Phoblacht talked to Laurence about his journey from the IRA and armed struggle to the 1981 Hunger Strike in the H-Blocks of Long Kesh and becoming a playwright. 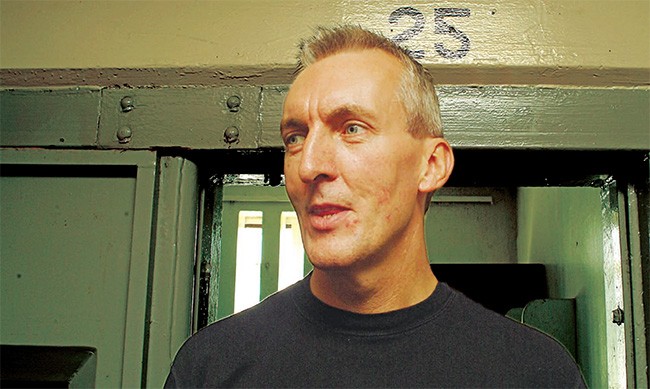 •  2011: Laurence McKeown back in the H-Blocks of Long Kesh on the 30th anniversary of the Hunger Strikes

When and why did you start to write?

My earliest writings began during the Blanket Protest in the H-Blocks when we wrote out ‘comms’ (smuggled letters) calling for support, especially during the time when Bobby Sands and others were standing for elections.

After the Hunger Strike I studied Social Sciences with the Open University so I was writing essays and constructing academic and political arguments. I was also heavily involved with developing the republican prisoners’ own education programme, which entailed a lot of writing. So all of it was very political.

Then, around 1987, we started poetry workshops and this led to an absolute explosion of creative writings. We discovered all sorts of secret poets! We printed the poems in simple booklets called, Scairt Amach and distributed them around the Blocks. That led on to the founding of An Glór Gafa/The Captive Voice, a magazine produced in its entirety by the prisoners and published on the outside.

I was in charge of political education at the time and my close friend and comrade, the late Brian Campbell, became the first editor of the magazine. I had a short story in the first issue, ‘Very Important Person’, about Francie Hughes, who died on hunger strike. It was around the same time we started to compile what became Nor Meekly Serve My Time, a book of accounts from prisoners who had endured the Blanket Protest and Hunger Strikes. 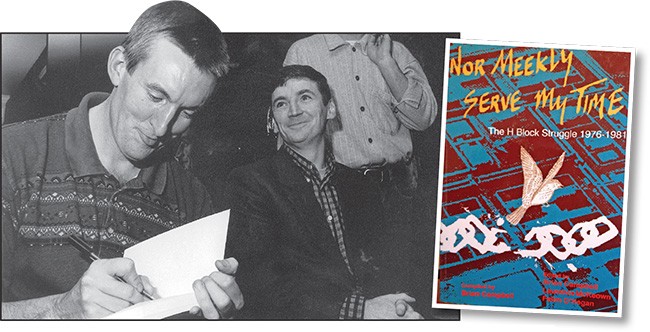 And, following release, you and Brian continued to collaborate on projects.

Yes, in 1993 we started to write the screenplay for the feature film H3, which was released in 2001.

That same year, Pam Brighton of Dubbeljoint Theatre asked us to write a play for the 20th anniversary of the hunger strike and we wrote The Laughter of Our Children.

Brian, who was later to become editor of An Phoblacht/Republican News, tragically died in 2005 just as we were about to commence another play and I have continued since then.

Tell us about your current play, 'Green & Blue'.

Green & Blue is based on an oral archive currently being compiled by Diversity Challenges called 'Voices from the Vault'.

They conducted interviews with former members of An Garda Síochána and the RUC and the play is based on those interviews. It centres on two fictional characters, Garda O’Halloran and RUC Constable David McCabe, and set on the Border. The play explores what their lives looked like on a daily basis, how they originally joined their respective organisations, and their fears and hopes.

The title is taken from the colour of the uniforms worn by the two organisations but the play explores how we all can become simply a ‘uniform’ or a ‘label’.

For some I may be seen as the ‘former republican prisoner’, or ‘Hunger Striker’, or ‘Provie’, just as we in turn apply these labels to others – often those who we are not on great terms with. 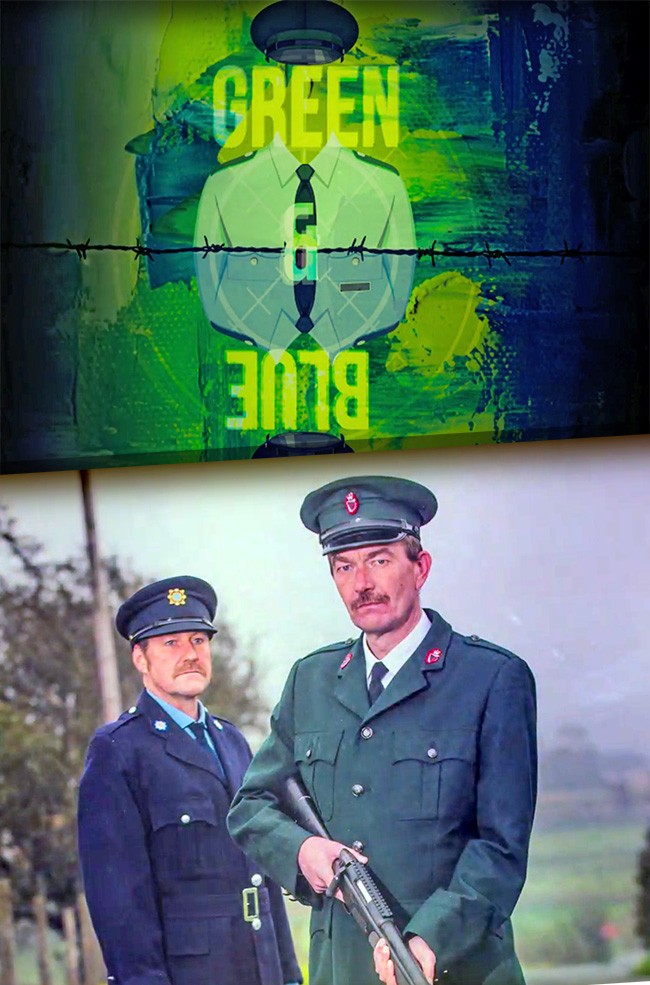 As a republican, was it difficult for you to write the character of the RUC man?

I’ve had numerous engagements with former RUC men as far back as 2003 when Brian and I wrote the play A Cold House about how a former RUC man and former republican prisoner accidentally meet but then discover their respective backgrounds which leads to a heated confrontation.

To write the play we met with several former RUC men as we wanted to ensure that the dialogue we wrote was accurate and authentic. The outlook Brian and I had was that the character of the RUC man in the play had to be a real person and hold opinions from that perspective, opinions we then had to reflect in the dialogue of the character.

I think (and this is where I have to sound immodest!) that if you are a good writer or playwright then you have to fully get into the character and be truthful to their lived experience, opinions, beliefs, attitudes.

There has to be integrity.

I’ve read of so many trash novels or films, some that claim to be real-life accounts, where IRA Volunteers are portrayed in a totally stereotypical manner, nothing at all like what I know Volunteers to be like. So if I am going to challenge and criticise that sort of writing then I have to not go down that road myself.

It doesn’t mean that I end up changing my views on the organisation that person belongs to, be it the RUC or An Garda, but it does mean that I humanise the person, that I see the person behind the uniform. 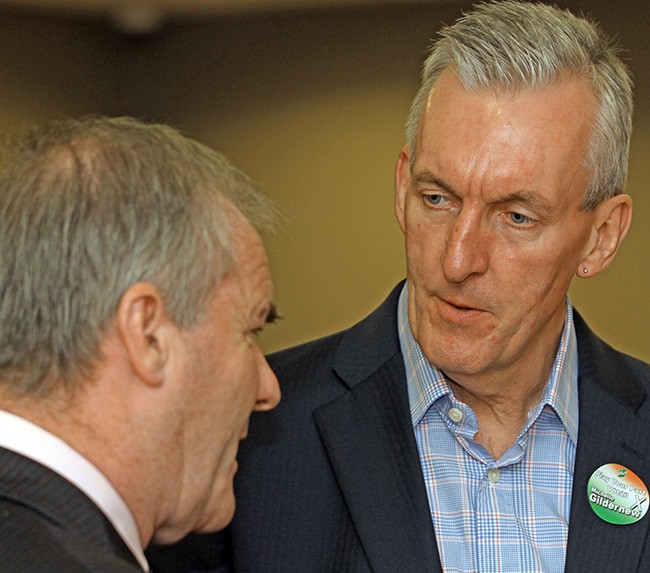 Where did the play tour?

The play had its world premiere as part of the Belfast International Arts Festival last October. It opened at the Girdwood Cultural Hub in north Belfast, the site of a former major British Army barracks, and then went on a brief tour, one of the venues being Newforge, the private club of the PSNI.

Before the play had even premiered, the Belfast Telegraph newspaper claimed there was outrage that a play written by a former republican prisoner was going to be performed at Newforge.

DUP MP Jeffrey Donaldson was quoted as saying how shocking and insensitive this was. None of them at the time knew what the content of the play was! It was simply that it was written by me.

The reviews following the premiere, however, were excellent across a broad range of critics so it sort of stole the thunder from Jeffrey. Nonetheless, those at Newforge who had requested the play be performed there still came under pressure from various quarters – particularly former RUC personnel – to cancel the performance. To their credit, they didn’t and, on the night, the Chief Constable himself was in the front row of the audience.

The play has been on tour twice since then, along the Border counties and was part of the recent Blackwater Valley Fit-up Theatre Festival in Cork. 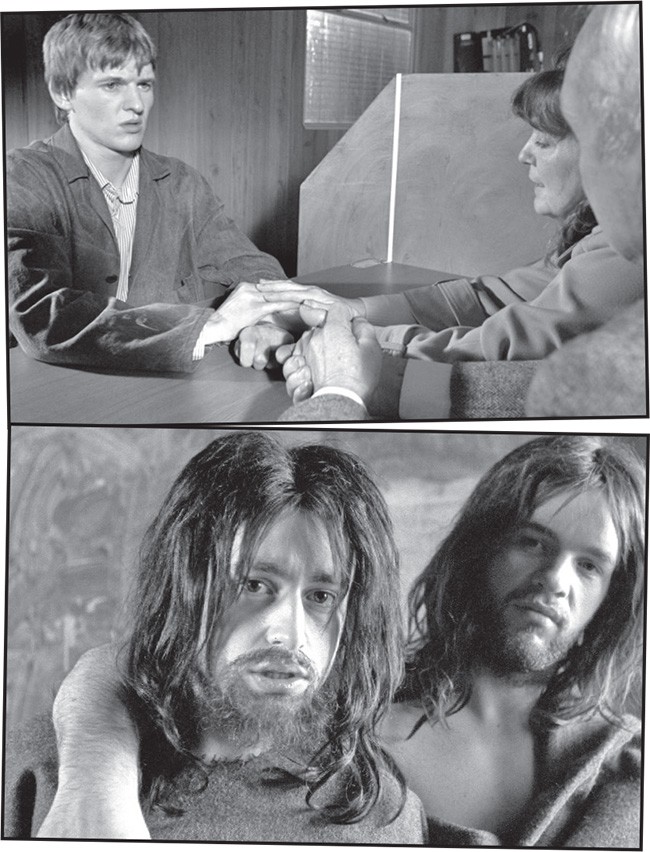 What sort of audiences have you been getting?

Incredible audiences both in terms of numbers and diversity.

We have now played North and South and along the Border, nationalist/republican areas as well as unionist areas.

We had a sold-out performance in Tí Chulainn, Mullaghbawn, South Armagh, for instance, where members of the audience would certainly not have a positive view of the RUC and at least one member of the audience had her brother, an IRA Volunteer, killed by the British Army.

We also played at the premises of the Irish Secretariat in Belfast to a specially-invited audience comprising members of the Policing Board, former RUC and Garda, community activists, Sinn Féin elected representatives, the Arts Council, and others.

Each performance is followed by a Q&A and the issues raised and questions asked vary dramatically, depending upon the venue being performed in.

At the premiere of Green & Blue, for instance, a member of the audience asked me in the Q&A why was the character of the RUC man “all militarised whereas the Garda wasn’t; why didn’t the Guard have a rifle?” When we explained to her that the Garda was an unarmed force she was almost speechless. She had never heard that and obviously had never been across the Border to the South. So it is a learning experience for many. 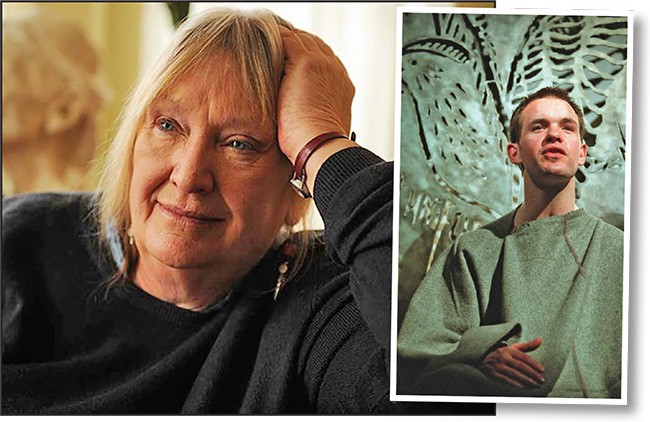 • Pam Brighton of Dubbeljoint Theatre and actor Kevin Elliott in 'The Laughter of Our Children', written with Brian Campbell

Do you think the arts is playing an important role in raising issues like those contained in 'Green & Blue'?

I think the arts are the only place where such issues are being raised in any consistent manner.

We have come a long way from the days when Bobby Sands wrote: “The men of arts have lost their hearts.”

I think in the last decade we have seen the arts take on a host of issues, and not just in terms of dealing with the legacy of the past conflict but very important social issues such as suicide, which is now at epic proportions throughout the island but especially in the North. The most startling statistic is that more people have taken their lives in the North since the Good Friday Agreement than were killed throughout the conflict. That’s truly shocking.

I think that theatre in particular plays a very important role as people can watch a play and be an anonymous member of the audience but can engage with and have empathy for a character on stage who they would never meet in reality on the outside, would maybe not wish to meet, or would never have the opportunity to meet. This allows the audience to broaden their outlook, walk in the shoes of someone else for that hour or so.

Where next for the play and what are you currently working on?

Green & Blue will tour again late spring and then will be in Dresden, Germany, for a festival there. My previous play, Those You Pass on the Street, will also be performed there and hopefully H3, the feature film Brian Campbell and I wrote based on the Hunger Strike, will also be screened as part of the festival.

Laurence McKeown is a former political prisoner (1976-1992). During that time he took part in the protests for the return of political status and spent 70 days on hunger strike in 1981 in the H-Blocks of Long Kesh. Upon his release Laurence completed a doctoral study at Queen’s University and is now an author, filmmaker and playwright.