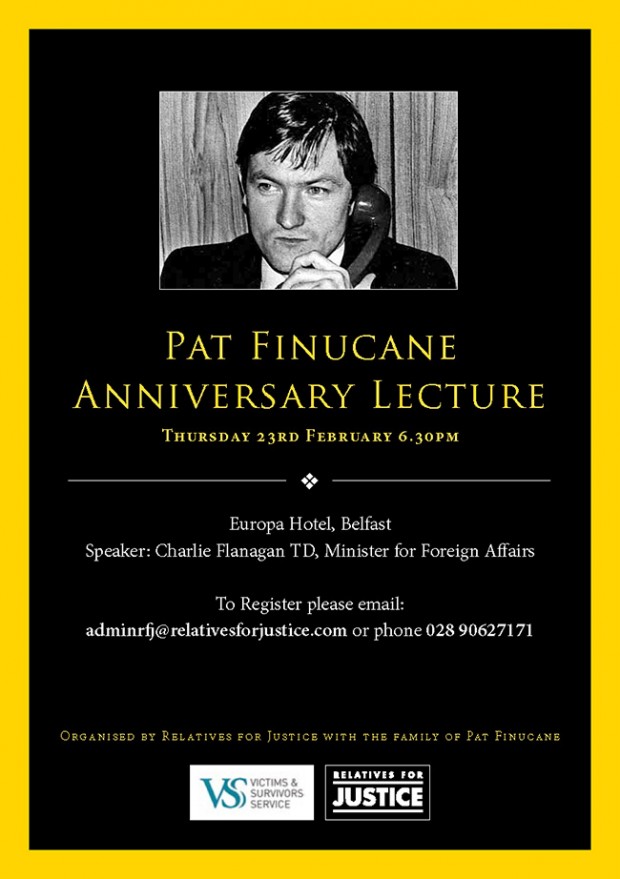 He was speaking a week after the Court of Appeal in Belfast rejected the appeal of Pat Finucane’s widow, Geraldine, against former Prime Minister David Cameron’s reneging on a British Government promise by Tony Blair at Weston Park in 2000 to hold a full inquiry into the lawyer’s murder at his north Belfast home on 12 February 1989.

The probe would include investigating collusion between the Royal Ulster Constabulary and state agents in the loyalist UDA death squad. The scale of collaboration between illegal unionist gangs and serving police and military officers was described in 2012 by then British Prime Minister David Cameron himself as “shocking” after publication of the investigation he had commissioned from Sir Desmond de Silva.

The de Silva review found that RUC police officers had proposed that the civil rights lawyer be killed, had passed information to his killers, failed to stop the attack and then obstructed the murder investigation.

“I want to underline that this is not about making a special case of one victim but rather about the importance of honouring commitments made – in this case by the British Government at Weston Park – almost 16 years ago,” the senior Irish Government minister said.

“I remain convinced that the institutional framework in the Stormont House Agreement now offers the best way of bringing whatever healing is possible to those bereaved and afflicted by the Troubles.” 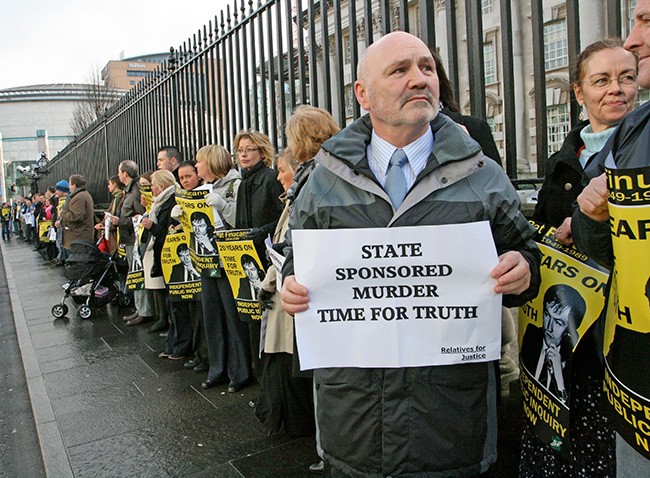 “In this regard, I remain acutely concerned about the failure to properly resource legacy inquests and would again urge the British Government to implement the proposals of the Lord Chief Justice. This would fulfill the outstanding Article 2 obligations in response in respect of these 56 outstanding cases and provide much-needed trust and confidence in our collective capacity to address legacy issues.”

Sinn Féin’s Gerry Kelly, meanwhile, has said that the British Government’s “stonewalling” on the Pat Finucane inquiry reflects a wider policy which refuses to deal with the past.

“Their intent is to prevent any independent investigation or scrutiny of British policies and actions over a 30-year period of the conflict,” the north Belfast MLA said.

The British Government’s denial of financial resources to the Lord Chief Justice for legacy inquests is a further example of this blocking policy, he pointed out.

Their construction of a “bogus” national security veto shows that Westminster and the unionist parties are not serious about dealing with the past nor engaging meaningfully with the needs of victims, he maintained. 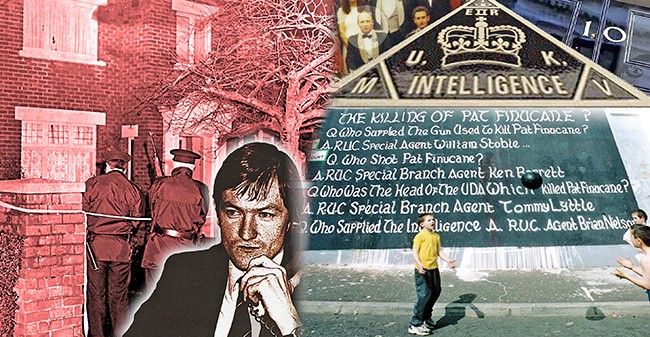 He criticised the British refusal to make information available that will show that they had clear policy in the conflict that involved state-sanctioned torture in interrogation centres, collusion with unionist paramilitaries and a shoot-to-kill policy by the British Army, the SAS and RUC.

“This British Government aims to prevent relevant information being made available and has halted the implementation of the Stormont House Agreement legacy mechanisms. Despite 16 meetings with British officials, and the production of a Sinn Féin legacy options paper, we have yet to receive a response to our proposals."

The campaign by elements of the British Conservative Party and unionist parties to introduce legislation to give immunity to former and serving British service personnel “supports British Government policies of protecting those in the political and military leaderships who designed, developed and implemented British policies during the conflict,” he said.

This is unacceptable to families bereaved by British state forces, he insisted.

“Sinn Féin acknowledges the loss and injury of all victims and survivors during the conflict. For us, engaging with all of the related issues is a matter of rights and equality.

“Engaging with legacy will also present challenges to republicans. Sinn Féin will use our influence to ensure republicans co-operate with the Stormont House Agreement legacy mechanisms.

“We are not introducing caveats or hiding behind a national security veto. We are not blocking progress.”