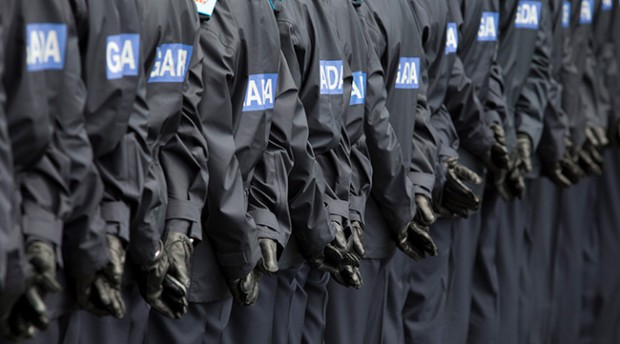 Sinn Féin wants effective civic policing by police services that are accountable, free from partisan political control, representative of the community they serve, routinely unarmed, imbued with a human rights ethos, and trained and held to the highest professional standards

POLICING in the 26 Counties has been plagued by scandal or crisis after crisis over many years due to to a failure of political leadership as well as operational command.

The most recent outworking of this is the organised victimisation of Garda whistleblowers, including Sergeant Maurice McCabe, among others, by fellow officers, commanders and sections of the media indebted to certain Garda chiefs for access and stories.

Ahead of launching an updated Sinn Féin proposal for the reform of policing at the Dáil, Justice spokesperson Jonathan O’Brien said:

“Despite promises from Fine Gael and Labour that there would be a sea change in policing following a series of whistleblower controversies, the public were faced with a chronic failure by the Government to address the matter.

“Everyone is entitled to policing that serves the people. Adequate safeguards must be introduced in order to prevent a repeat of past injustice, and to prevent ongoing and future injustice. Civilian oversight of policing and justice must be democratic, fully inclusive and robust.

“Everyone is entitled to policing that serves the people by enhancing community safety.

“Sinn Féin wants to achieve effective civic policing by police services that are accountable, free from partisan political control, representative of the community they serve, routinely unarmed, imbued with a human rights ethos, and trained and held to the highest professional standards.”

These are some of the main proposals set out in Sinn Féin’s vision for policing in Ireland. 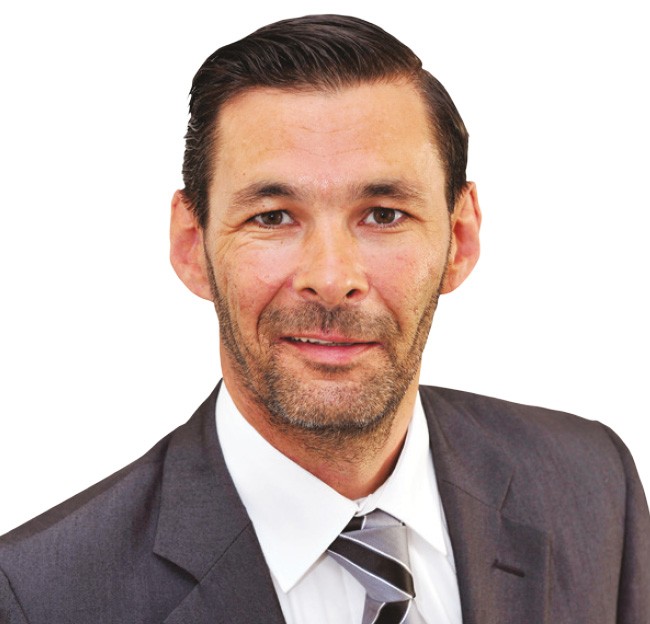 The key principles that must inform change to An Garda Síochána include:-

Sinn Féin believes that governance and accountability are at the core of what needs to be improved within An Garda Síochána.

Sinn Féin wants to achieve effective civic policing by police services that are accountable, free from partisan political control, representative of the community they serve, routinely unarmed, imbued with a human rights ethos, and trained and held to the highest professional standards.

“Policing in Ireland must conform to the highest standards of human rights, accountability, impartiality, transparency, and effectiveness,” Sinn Féin spokesperson Jonathan O’Brien says. “Notwithstanding the good work carried out by rank and file members of An Garda Síochána on a daily basis, the public will only have confidence in policing structures where there is sufficient civilian oversight, adequate safeguards, and cultural change. When the Policing Authority was established, we stated that it should be completely independent in its operation.” 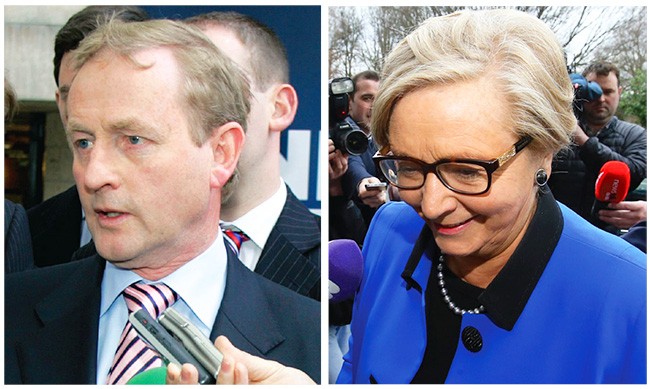 Sinn Féin also proposes that the Crime and Security Branch of An Garda Síochána and the Defence Forces Directorate of Military Intelligence (G2) come under the scrutiny of the appropriate Oireachtas Committee with the necessary safeguards in place and based on international standards.

Sinn Féin proposed the introduction of a new independent Garda Authority in 2014. Following this, the Policing Authority was established with the Garda Síochána (Policing Authority and Miscellaneous Provisions) Act 2015, however many important provisions in this legislation have still to appear. 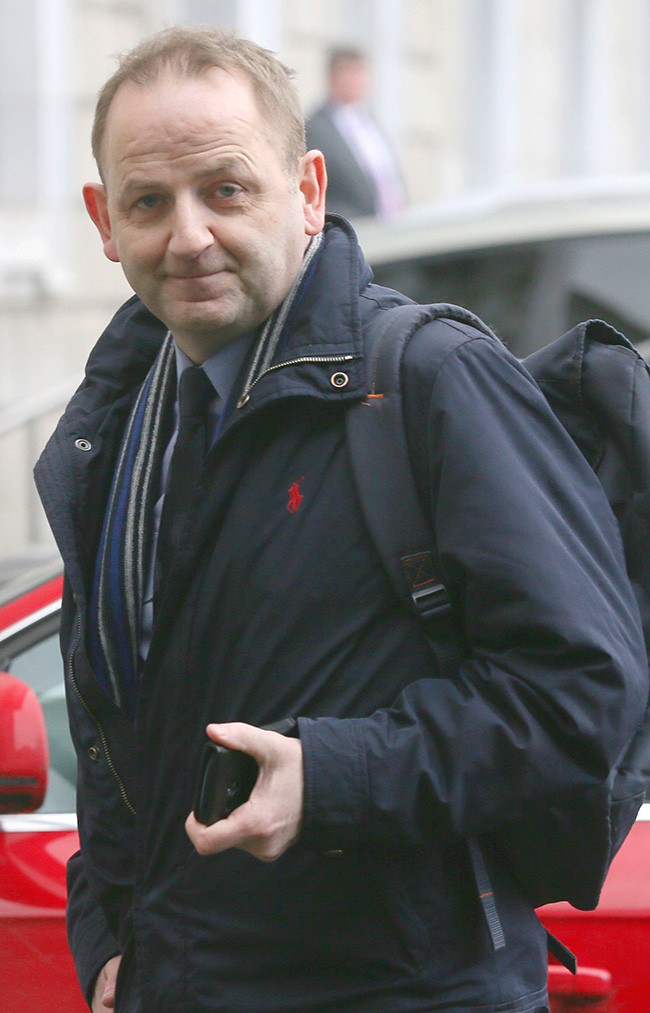 Sinn Féin proposals for the enhancing of functions and responsibilities include that the Authority should:-

The Authority membership should be increased to 21, Sinn Féin says, be diverse in its membership and should include political representation decided using the d’Hondt method. Independent members should be recruited through fair and open competition.

There should be a statutory requirement that the membership of the Authority be representative of society, Sinn Féin reaffirms.

The Authority should be supported in its work by a number of advisory groups (e.g. on equality, human rights and youth affairs).

The Authority should be empowered to conduct unannounced visits in Garda stations and inspect any documentation relevant to their investigation.

There is an urgent need for reform in how GSOC operates, Sinn Féin says, echoing points made by representatives from GSOC themselves in the Oireachtas Justice Committee that they believed that parts of the legislation governing its functions needed to be reviewed and overhauled.

The powers of GSOC need to be enhanced to ensure that the Garda Commissioner comes within the remit of GSOC. If the Police Authority does not have the role of investigating senior Garda members. GSOC’s powers to secure co-operation from gardaí must be clarified and bolsterered as serious blockages in GSOC investigations have been an issue. 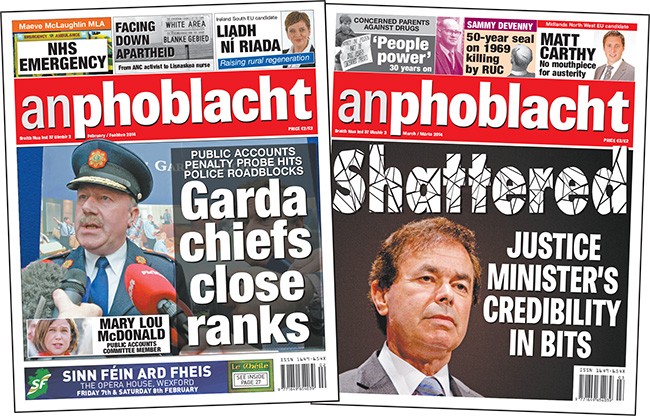 The Garda Síochána Ombudsman Commission needs to be fully empowered and independent in order to fulfill its oversight obligation.

The current Oireachtas Committee on Justice and Equality Report on Garda Oversight and Accountability recommended that consideration be given to the establishment of a Criminal Justice Inspectorate to oversee and supervise the administration of all aspects of the criminal justice system. It pointed to the Criminal Justice Inspectorate in the North as a possible model. “Sinn Féin have called for this for a number of years,” Jonathan O’Brien says.

Ultimately, Sinn Féin would support the establishment of an All-Ireland Criminal Justice Inspectorate.

In the interim, Sinn Féin proposes the establishment of a Criminal Justice Inspectorate in the South that would replace the Garda Inspectorate and cover all state policing and justice-related agencies

Sinn Féin would make the Criminal Justice Inspectorate responsible for inspecting the criminal justice organisations, including An Garda Síochána, the Director of Public Prosecutions, the Probation Service, the Courts Service, and the Irish Youth Justice Service.