A series of critical victories was achieved in Assembly 2017 election 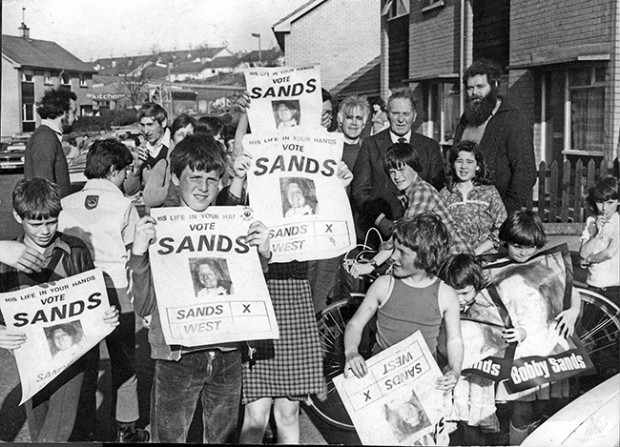 THE RECORD PERFORMANCE of Sinn Féin in the 2017 Assembly vote marks 36 years of growth since the 1981 Ard Fheis decision to contest elections.

A series of critical victories was achieved in this election.

Sinn Fein is, in 2017, the only party in the Six Counties and across Ireland with a consistently rising vote share.

These results – won by the candidates whose pictures frame this article – are the product of nearly four decades of growth, achieved against a series of challenges, organisational and political, and with a mostly hostile mainstream media and political establishment that has always wanted the party to fail and worked to achieve that. 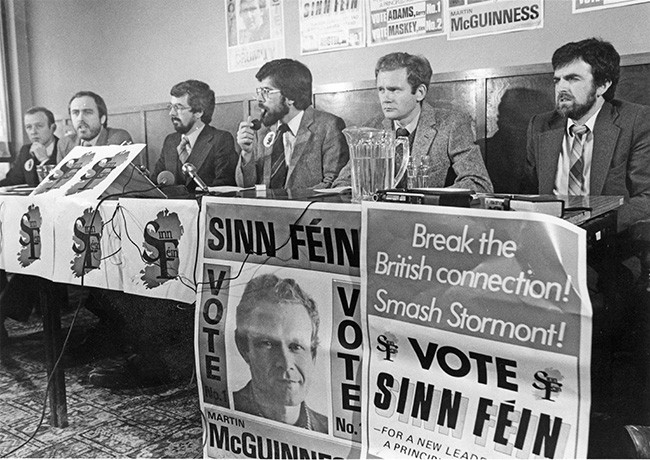 The years of growth

In the immediate aftermath of the 1981 H-Blocks Hunger Strikes, the Sinn Féin Ard Fheis of October 1981 voted to run candidates in future elections. The 1982 Assembly elections promoted by then Northern Secretary James Prior was the first Six-County election contested by Sinn Féin. The party won 10.1% of the vote and five seats. It also marked the first electoral victories of Martin McGuinness and Gerry Adams.

The following year, Gerry Adams was elected MP for West Belfast, with Danny Morrison narrowly missing out on a second seat in Mid Ulster.

In subsequent EU, local and Westminster elections, Sinn Féin stood candidates, winning seats in council chambers across the North of Ireland. There were ups and downs as the party embraced the challenges of electoral politics, such as unionist supporters in 1992 voting for the SDLP in West Belfast to deny a seat to Sinn Féin.

The 2017 election showed more of these trends as Ulster Unionist Party transfers helped the SDLP win seats in many constituencies.

One of the critical impacts on how Sinn Féin organises plans and contests elections was made in this first decade by Sheena Campbell. Called “The Torrent Strategy”, it was driven by Sheena, a party activist assassinated by the unionist Ulster Volunteer Force in 1992.

Sheena’s murder was sadly just one of a number of the party’s members and representatives assassinated in this time period, including Councillors John Davey (1989), Eddie Fullerton (1991) and Bernard O’Hagan (1991). This was the stark, hard end of the party’s electoral interventions – members who stood for election put their lives on the line. The successes of today would not be possible without the sacrifices and efforts of Sinn Féin activists throughout the decades of struggle.

Sinn Féin grew through the 1990s, before, during, and after the 1994 IRA cessation and the resulting Peace Process. One MP became two, then five, bypassing the SDLP as the largest nationalist party in the North, and eclipsing both the SDLP and the Ulster Unionists to be consistently the second-largest party in the North. Now in 2017 the gap between the DUP and Sinn Fein has been narrowed to just over 1,000 votes. 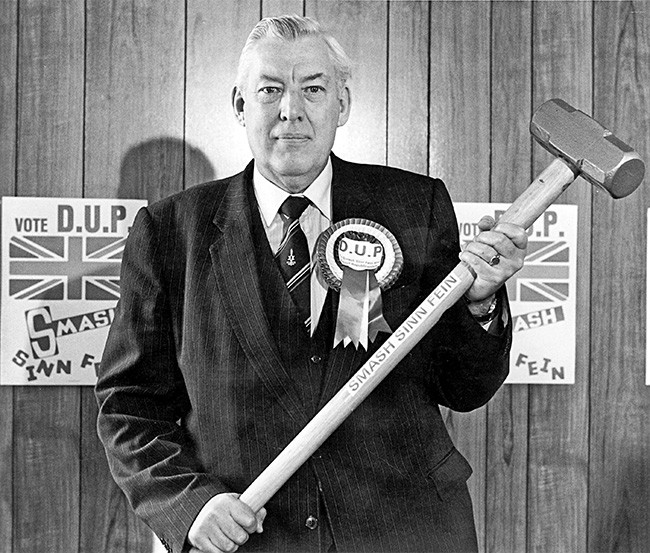 The swings in support between the DUP and Ulster Unionist Party have culminated in an erosion of votes for both parties.

In the 1998 Assembly elections created by the ratification of the Good Friday Agreement, the difference between the Ulster Unionists and DUP had narrowed. The Ulster Unionists had won 21.25% of the vote compared to the DUP’s 18.14%. In subsequent elections, the DUP vote surpassed that of their main rivals.

This evolved out of a background of pacts and alliances between the two parties.

In 1985, the DUP famously had a "Smash Sinn Féin" election slogan, complete with sledgehammers, on the top table at press conferences.

In the 1997 Westminster election, the DUP and Ulster Unionists agreed not to contest some constituencies to stop nationalists getting elected, such as in North Belfast where the Sinn Féin vote had grown in step-changes from 19% in 1996 to 29.4% in 2017, electing two out of the five MLAs.

There has been a significant decline in the Ulster Unionist vote over recent elections, and the DUP has not been able to return to the 33%-plus vote share achieved by party founder Ian Paisley Snr in polls such as the 1984 EU election.

Now, in 2017, unionist parties are no longer the largest designation in the new Assembly. This is a significant departure and a test of the democratic credentials of these parties. Can they co-operate fully in the day-to-day running of the power-sharing Executive as well as the Assembly structures and committees?

It is not just in the North of Ireland that traditional establishment party support has stagnated. The same process has developed in Leinster House elections south of the Border, with an albeit at times slow but still significant growth by Sinn Féin in this arena.

Up until the election of Sinn Féin TD Caoimhghín Ó Caoláin in 1997, no party other than the Tweedle Dee/Tweedle Dum triumvirate of Fine Gael, Fianna Fáil and Labour had managed a decade of consecutive electoral representation. Sinn Féin have shattered that record and are vying to be the second-largest party in the Dáil.

Fianna Fáil’s years of hitting a 40% vote share have passed and Fine Gael have never consistently managed to break 30% in recent elections while Labour struggled to form a Dáil grouping in 2016. 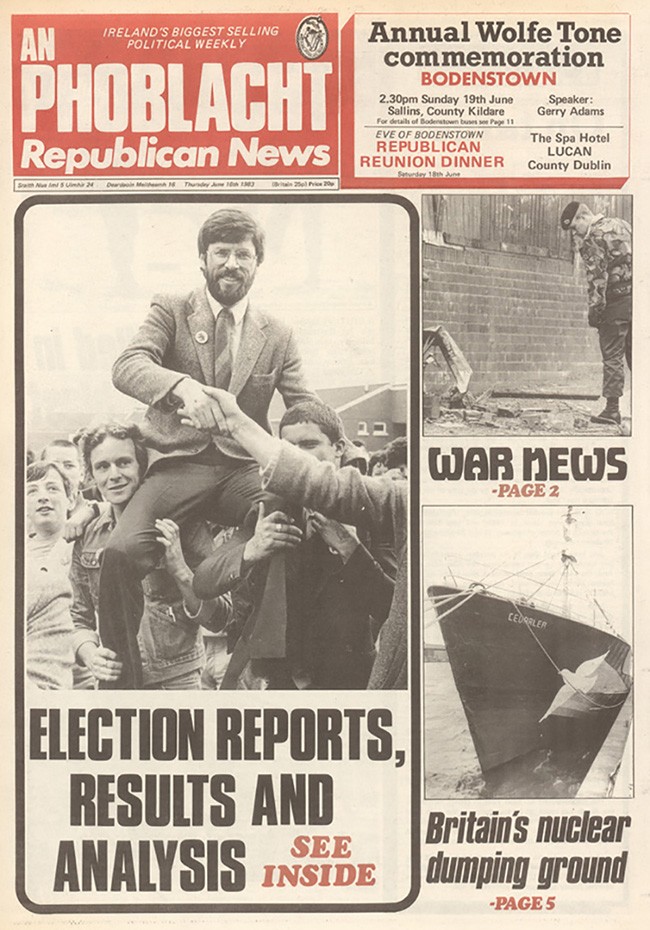 Finally, little election media coverage has been given to the Conservative and Unionist Party’s performance in the 2017 Assembly elections, which is a little odd given that the Conservative and Unionist Party is the Government in London and appoints the Secretary of State, James Brokenshire, who has the media misnomer of being somehow independent.

When the negotiations start to create a new Assembly Executive, we can’t forget that the Conservative and Unionist Party wielding power from Westminster has no electoral mandate in Ireland.

The voters have told them so.

How many lost election deposits does it take before they get the message?