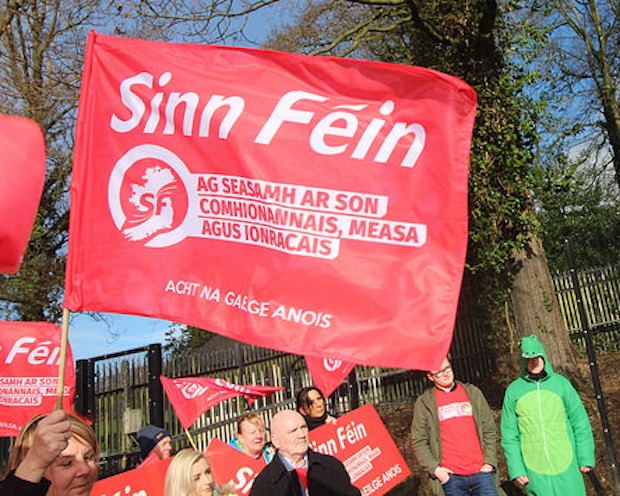 UNIONISM has been shaken to its core by a huge swell of support for Sinn Féin in the Assembly election that saw the party winning 27 seats – within one seat of matching Arlene Foster’s DUP with 28.

It was the worst result for unionism since the gerrymandered state was created by the British Government on a sectarian headcount in 1921.

In his front-page story in the print edition of the staunchly unionist daily, the News Letter, Political Editor Sam McBride revealed how seismic the Sinn Féin surge is:

“Northern Ireland is today waking up to a fundamentally altered political reality: unionism is no longer a majority in the Stormont chamber for the first time since the creation of the Province a century ago.”

When the 90 seats for the 18 constituencies were filled with a 64.8% turnout, the parties stood as per the RTÉ graphic below: 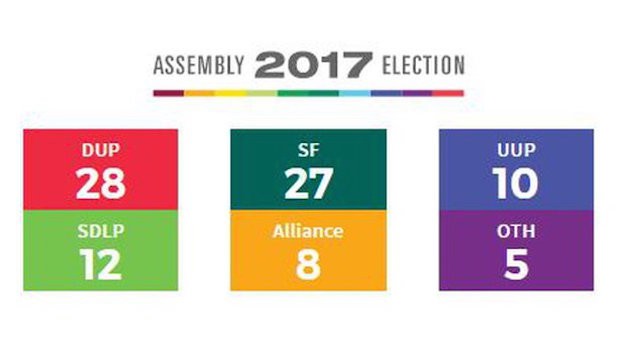 Ulster Unionist Party leader Mike Nesbitt acknowledged his failure early during the election count on Friday night with his shock resignation as leader shortly after being re-elected as an MLA but long before the count was over.

She was also re-elected as an MLA but with huge question marks now also over her leadership – of the DUP and during her term as First Minister and her ministerial role in the massive financial scandal around the Renewable Heat Incentive that has embroiled many DUP figures.

All eyes are focused on what the DUP – and Sinn Féin – do now in this remarkably changed political landscape.