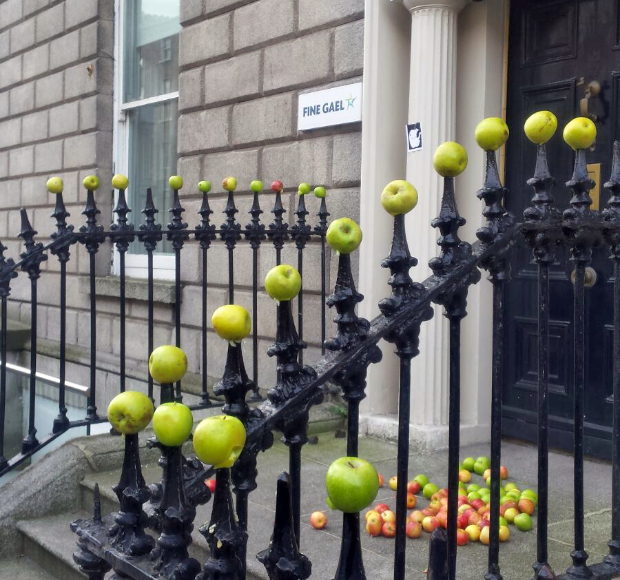 PROTESTERS dumped dozens of apples at the headquarters of the Fine Gael party in Dublin this morning as the controversy over the €13billion Apple Tax scandal continues.

On Tuesday a European Commission investigation found computer giant Apple's tax arrangements in Ireland amounted to illegal state aid and ordered the company to pay €13billion plus interest in back taxes.

However, the Irish Government led by Fine Gael is planning on using taxpayers' money to appeal the tax windfall. 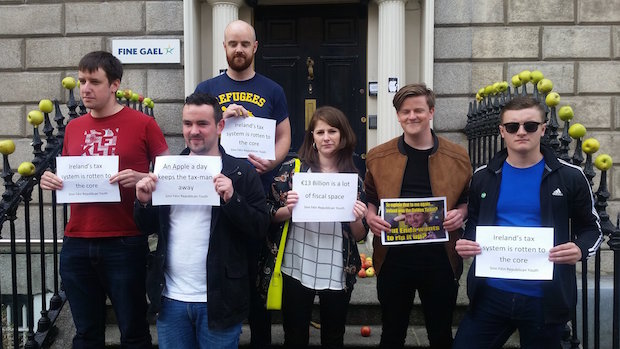 Speaking to An Phoblacht, a member of Sinn Féin Republican Youth in Dublin said they are sickened by the attitude of Fine Gael, Fianna Fáil and Labour:

“We have a situation where hospitals are overcrowded, young people cannot afford to buy a home and education fees are soaring – yet this Government is willing to spend more taxpayers' money to let Apple off the hook. You actually couldn't make it up!” 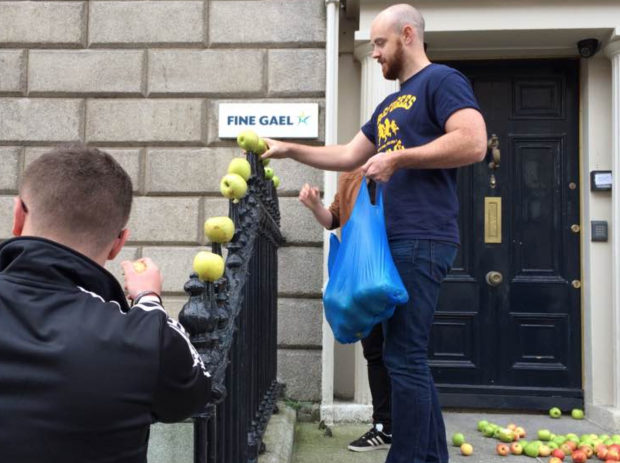